The idea of renting a property without seeing it first would have seemed nonsensical for many prospective tenants a year ago.

Most would have thought that only by seeing it for themselves could they check what they were signing up for and whether their new home fulfilled their wish list.

But since the beginning of the first lockdown in March, we’ve had to change how we approach things, and that includes – for some people – how to rent a property.

Some are opting to rent without ever having been in the property and we spoke to one for whom it wasn’t an agent’s flashy virtual viewing that swung it, but the existing tenant’s home video. 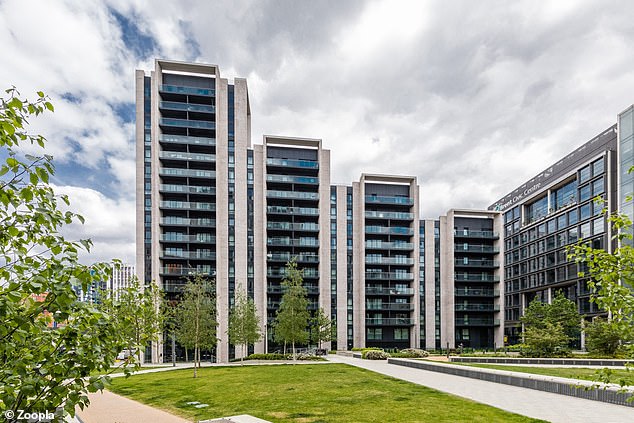 Would you rent a flat in this block next to Wembley Stadium in North London without seeing it in person first? See the case study below to find out about a couple who did just that

The global pandemic and the temporary closure of the property market meant that moving home was almost impossible – apart from in the most exceptional circumstances.

And even once the property market opened again, the new restrictions in place – such as social distancing – meant things were approached differently, including initial viewings online and a limited number of people at those viewings that did take place in real life.

As a result, although virtual viewings have previously been occasionally raised for propsective tenants and buyers with varying degrees of success, they are now far more heavily promoted – and accepted. 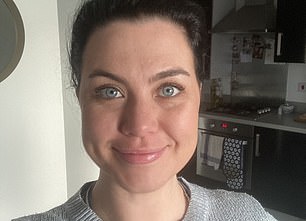 Virtual viewing: Camilla Churchill rented a property in London without seeing it in person first

This is particularly the case among tenants and some are choosing to rent a home for the next year or longer, without ever having been in the property.

We spoke to some tenants who only saw their rented property in person when they collected the keys, and found out how approaching a rental in this way had worked out for them.

Camilla Churchill, 29, rented a place in London’s Greenwich with her boyfriend, having previously lived in a house share.

She said: ‘My boyfriend and I lived in New Cross with two other friends. When the first lockdown hit we wanted to extend our lease for a few months but our landlord didn’t let us.

‘We went to two viewings in person but the opportunity for more quickly tapered off and we had to rely on dodgy fisheye lens photos or poor quality videos online.’

But she went on to explain: ‘We struck gold with our current flat as after speaking with the agents, the tenants filmed us a video of their own.

‘They filmed every nook and cranny from every angle and explained which furniture would be left for us.’

But did an online viewing provide the information required to lead to a successful rental?

She said: ‘It answered so many questions. The property is even better than it looked in the original listing and we are so glad we took the gamble.’

Another  couple we spoke to had moved into a new build one-bedroom flat in north London – again rented without ever visiting the property. 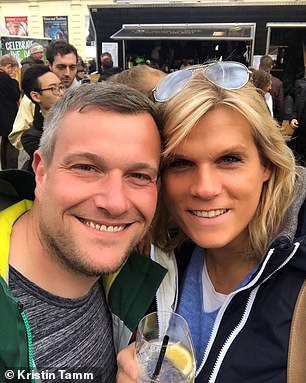 Pictured: Couple Kristin and Oliver rented their flat on the basis of a virtual viewing only

Kristin Tamm, 44, a TV producer and her partner Oliver, 36, a technical engineer, were living in Germany when they signed up to the rental.

They wanted to live and work in London, and made the leap in August 2019. Kristin explained: ‘I initially saw the block of flats on Instagram and then contacted the agent about having a virtual viewing.

‘I saw five different flats at the site on FaceTime, while I was sat in Munich.’

‘I was travelling twice a year to London and decided to make it my permanent home with my boyfriend.’

They paid six-months rent in advance, signing a tenancy agreement for that period and paying a total of £13,000 upfront.

Would she do it again? She doesn’t hesitate in responding with an emphatic ‘yes’.

Indeed, at the end of their initial six-month contract, they signed up for a further year. They are currently in a one-bed flat and would like to move to a two-bed flat at the same site, so that they have space for friends and family to stay over once covid restrictions allow. 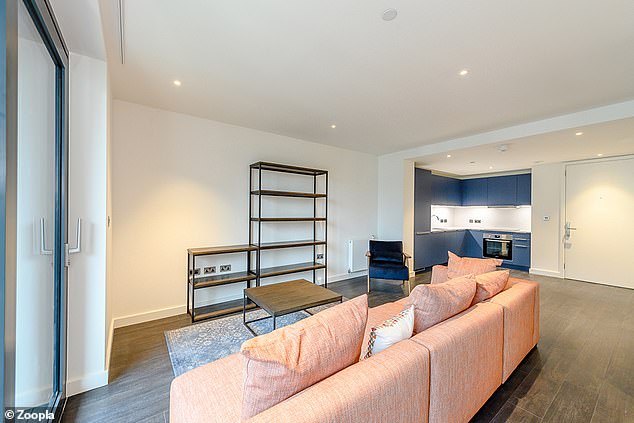 The flat is in a so-called new Build to Rent block of flats, developed by Quintain. Such Build-to-Rent developments are made for the sole purpose of renting out the flats and none are available to buy.

The appeal of this London Wembley Park development is that tenants pay no deposit to rent a flat there, while utility bills and broadband are included in the monthly rental costs.

Kristin added: ‘Everything was set up when we arrived, It was furnished, with pictures on the wall. We were the first to live in the flat and it was clean and tidy. There were no surprises and everything was as we expected.’

She said if she could improve anything it would to be more central despite the underground only taking 15 minutes to Baker Street and she would also like to be closer to a large area of open green space – although the development does have a communal roof garden. 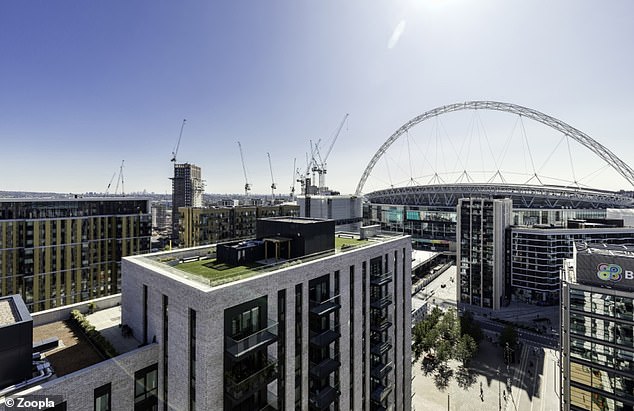