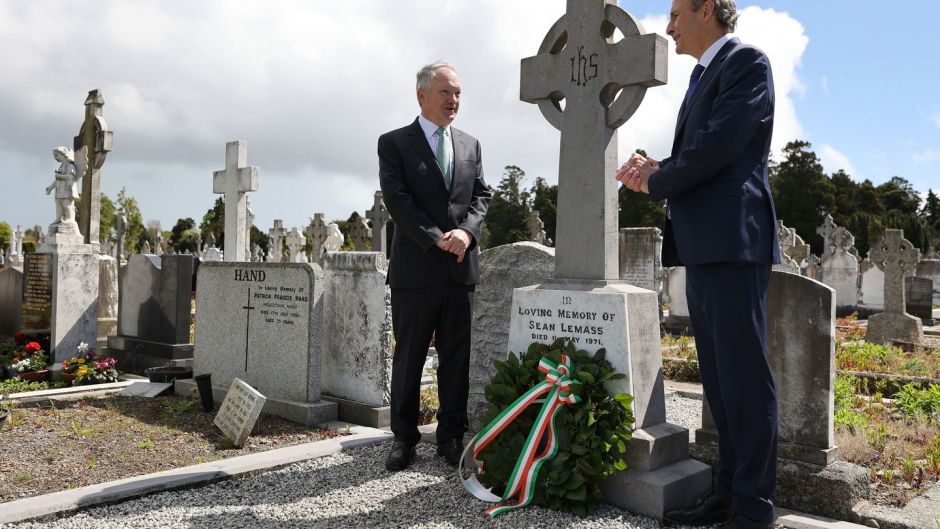 In marking the 50th anniversary of the death of Seán Lemass this week, the Taoiseach declared it a “shame” that there is no significant monument to him. Perhaps that is the wrong way to look at it; surely the absence of memorialisation is in keeping with Lemass’s character and his impatience with reverential piety, one version of the “practical republicanism” that the Taoiseach has often credited him with.

One of his biographers, Tom Garvin, suggests “Lemass was almost haunted by the pervasive personalism of Irish political culture and went out of his way to try and set a counter example by his own personal behaviour”. His gravestone makes no mention of his political career or status and he was wary of those who scrambled for the bones of the patriot dead. By the time of the 50th anniversary of the Rising in 1966, on the last lap of power, he displayed little appetite for mythology and preferred to focus on the present and future: “We have to forget the Ireland of the Sean Bhean Bhocht and think of the Ireland of the technological expert”.

That sense of a moderniser, impatient with outmoded thought and internationally minded, goes to the heart of multiple assessments of Lemass, but while there is much substance to such analyses, he did not float above his time. He shared many of the problematic impulses of his generation of politicians and could be quite authoritarian in his thinking; the Irish needed exceptionally strong central government, he averred, because of their “fissiparous tendencies”, a remarkably paternalistic attitude. He also lazily derided his left-wing critics as “crypto-reds”.

He was no post-nationalist: in 1983, Brian Farrell argued that for Lemass “the starting point was a fervent nationalism, rarely expressed, masked by the image of the calculating man of affairs, but always central”. In relation to partition, the consensus is that Lemass threw overboard the irredentism of previous governments, but it was also the case that he banged the anti-partition drum when it suited him, either to appease grassroots or to gain leverage in Anglo-Irish trade talks. Yet, ultimately, his use of a more conciliatory language was significant. He wanted a definite shift in stance in relation to cross-border economic, social and political exchanges, discouraging use of the term “six counties” and also grudgingly conceding the legitimacy of the government of Northern Ireland while suggesting, unlike his predecessor, that “the solution to the partition problem is one to be found in Ireland by Irishmen”.

Shy, gruff, inpatient, immersed in policy detail and sometimes intimidating, Lemass internalised much, yet there were public assertions that marked him out as somewhat unusual among his contemporaries. In light of all that has been revealed in recent years, it is intriguing to think how different some things might have been if more had shared his view, articulated in 1925, that the “political power” of the Catholic Church “must be destroyed if our national victory is ever to be won”.

A slice of his legacy

At the same time, Lemass remained ideologically flexible and ambiguous enough for most in the modern era to be able to claim a slice of his legacy. In 1924, when he won a by-election for Sinn Féin, his election literature suggested a vote for him “was a vote for social justice”. In later years, as a senior Fianna Fáiler, he claimed that such was his party’s devotion to that agenda there was no need for the Labour party. But he did not tend to articulate a vision of his ideal society; sometimes he espoused the virtues of private enterprise, sometimes of state enterprise, but always of enterprise. In June 1967, after his retirement, Lemass said he thought the “social democratic appellation” which he had applied to himself was “no longer right” and that political leaders should generally be to the left of their more conservative party rank and file. After his death, his more conservative colleague Seán MacEntee suggested that despite the “strong bias in favour of the worker and organised labour” that he perceived in Lemass, he was a man who had been “as cynically realistic as an Elizabethan”.

Overall, Lemass’s balancing act worked well for him and his party, but his famous assertion in 1964 that “a rising tide lifts all the boats” was never vindicated; indeed, the year Lemass left office the Irish housing crisis was acute, with reports of couples living in caravans and despairing of ever being able to own a home and adults back in their parents’ houses while Dublin Corporation’s Housing Committee demanded more land and government funding. After retirement, Lemass acknowledged “there will never come a time when you can say there is nothing to be done in the area of housing”. The difficulties now for the keepers of Lemass’s flame are similar, but they are bereft of the political capital or space that enabled Lemass to successfully wear multiple hats.