Which of these properties would you buy with a £600k budget? A one-bed flat in London or four-bed home with a windmill attached in rural Lincolnshire

Which one of these two properties for sale on property website Zoopla would you choose?

Both have a price tag of £600,000, but otherwise that is about all they have in common.

In fact, you couldn’t get much further apart in terms of features, whether that is location, number of bedrooms or the style of property. 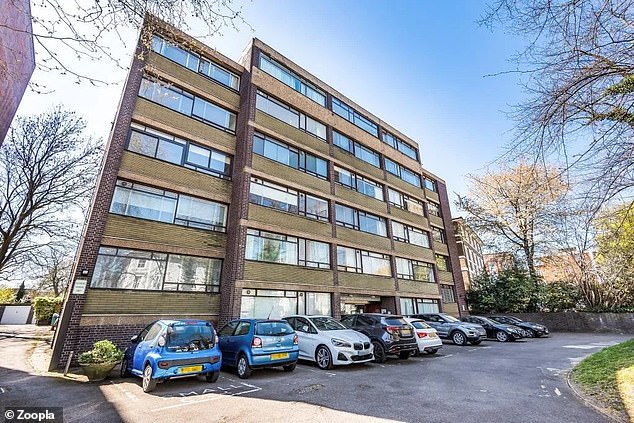 This one-bedroom flat in London’s Belsize Park is on the market for £600,000 via estate agents Chancellors 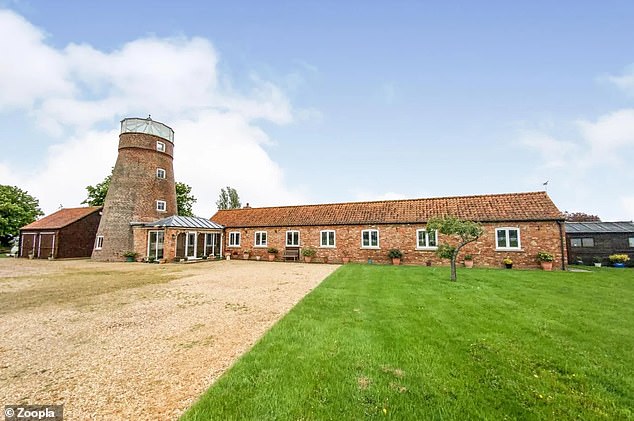 This four-bedroom bungalow with a windmill attached is in Wrangle, Lincolnshire, for sale for £600,000 via estate agents Purplebricks

We take a look at both properties to compare the one-bedroom flat in London, with a converted four-bedroom family home in the Lincolnshire countryside with a windmill attached.

First up is the flat in London’s Belsize Park, and it measures just 479 square foot. This is less than the size of some carriages on the London underground – which are around 500 sq ft.

The flat is in a purpose built block of flats in central Belsize Park and has the use of a lift, communal garden and parking on a first come first served basis.

It has good access to local transport including the Northern line via Belsize Park Underground Station and the Jubliee line via Swiss Cottage underground station. 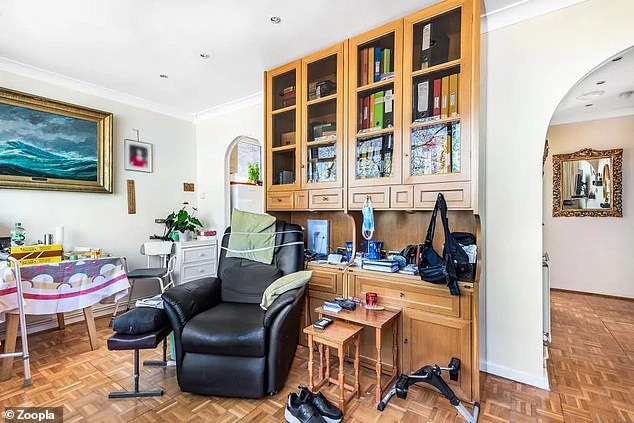 The flat measures 479 square foot, which is less than the size of some carriages on the London underground 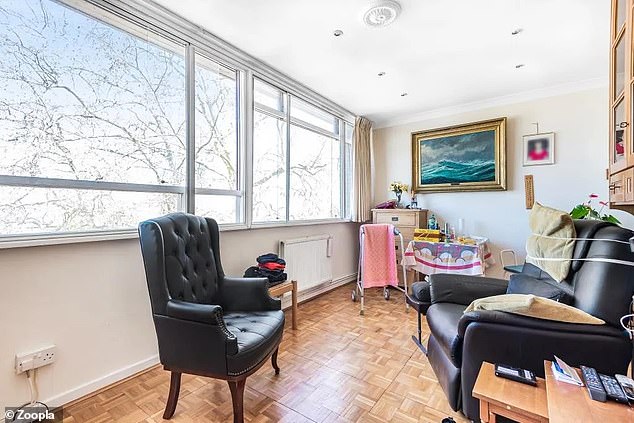 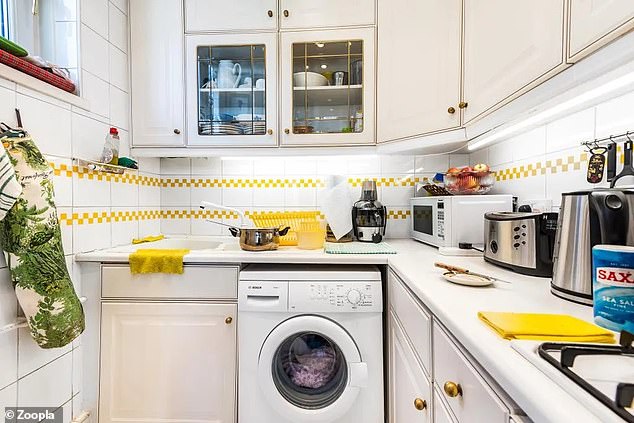 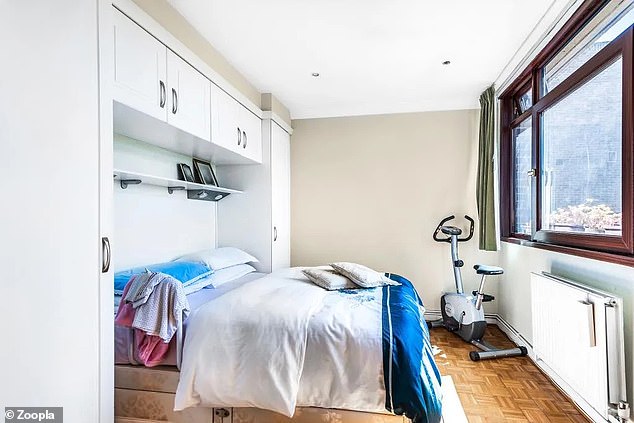 By contrast, the converted farm outbuilding in Lincolnshire sits in 2.5 acres and comes with a Grade II listed three-storey windmill that was built in 1825.

The windmill is attached to the converted main house and has a spiral staircase linking three levels and a glass dome ceiling.

The unusual glass dome provides 360 views that stretch far across the surrounding farmland. 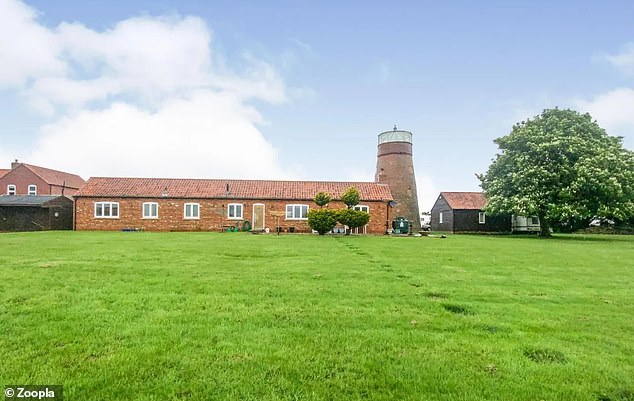 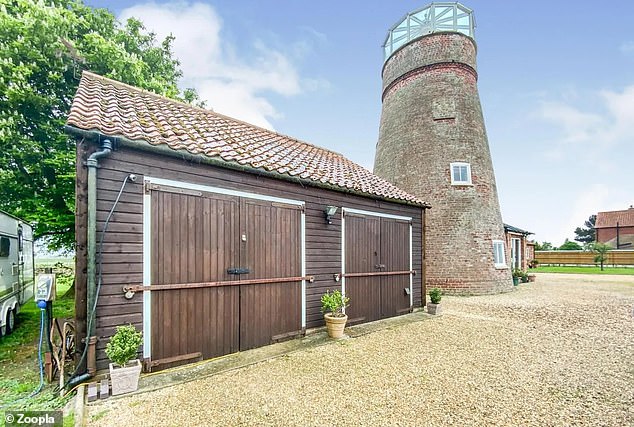 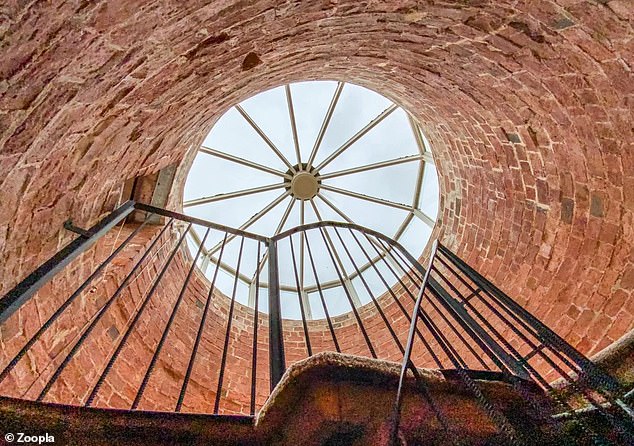 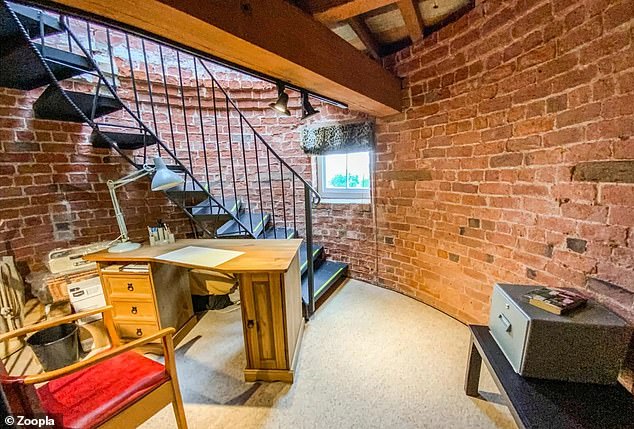 The windmill conversion is being sold by estate agents Purplebricks while the one-bed flat is on the market via estate agents Chancellors.

Tom Parker, of property website Zoopla, said: ‘This spacious family home has a wonderful location and provides easy access to nearby schools, villages and the coast.

‘The star of the show is undoubtedly the Grade II listed windmill which would make the perfect hideaway. The windmill was built in 1825 and boasts panoramic views over the property’s 2.5 acres.’ 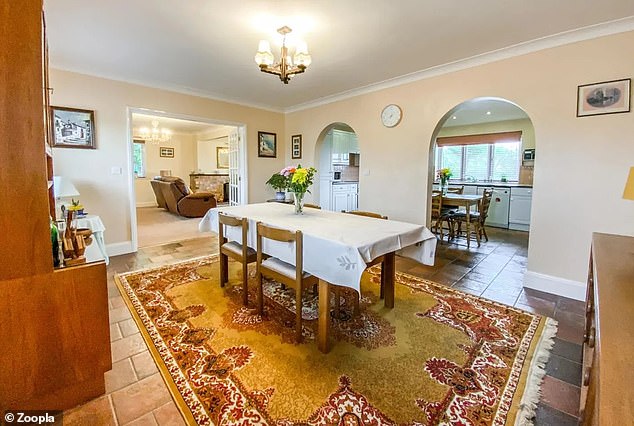 The converted farm building has four bedrooms and a large living area, including a spacious dining area 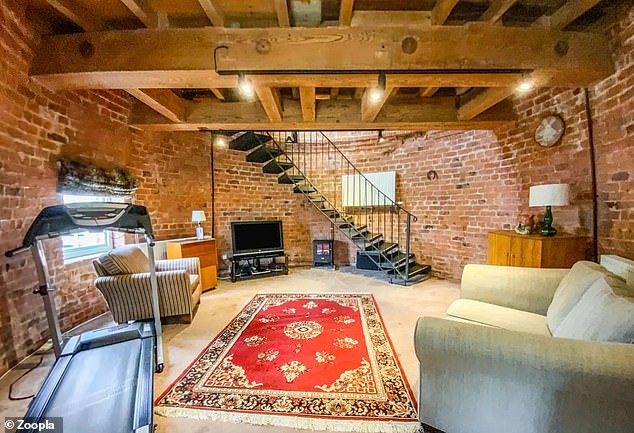 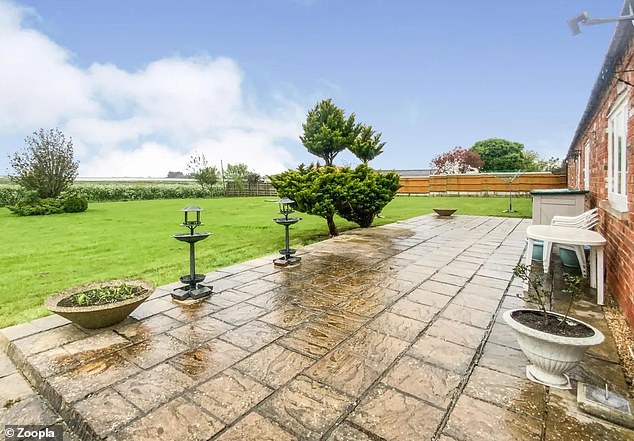 The converted property is on the outskirts of the village of Wrangle, around nine miles from the market Town of Boston 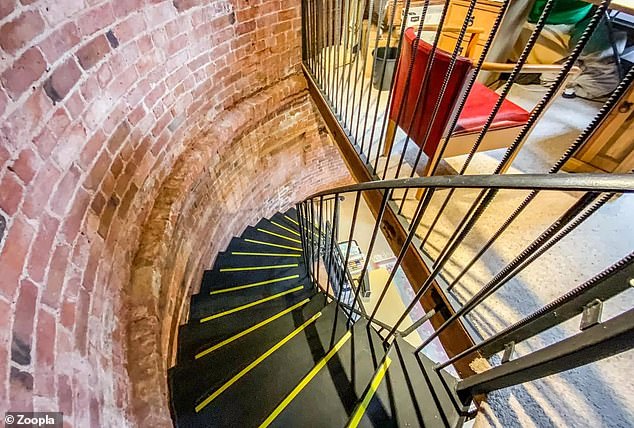 Making a statement: The converted windmill has some beautiful curved brickwork that is fully on show

Plan for Delta with concern and confidence, says Paul Reid 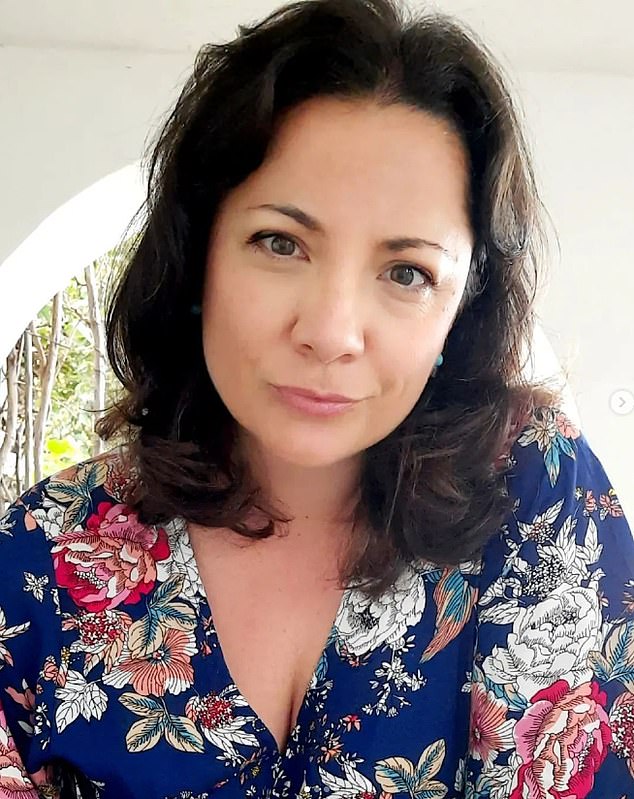 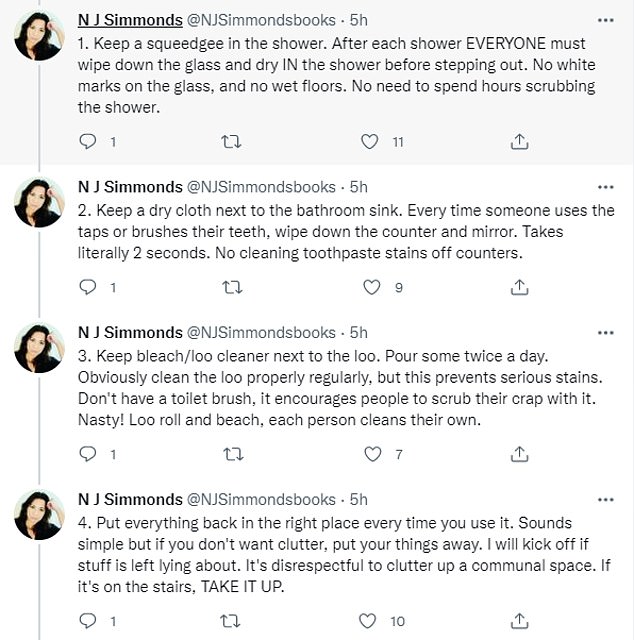 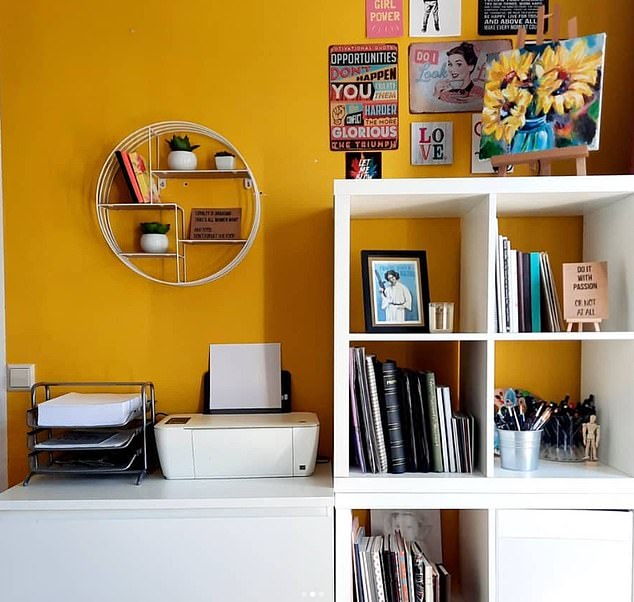 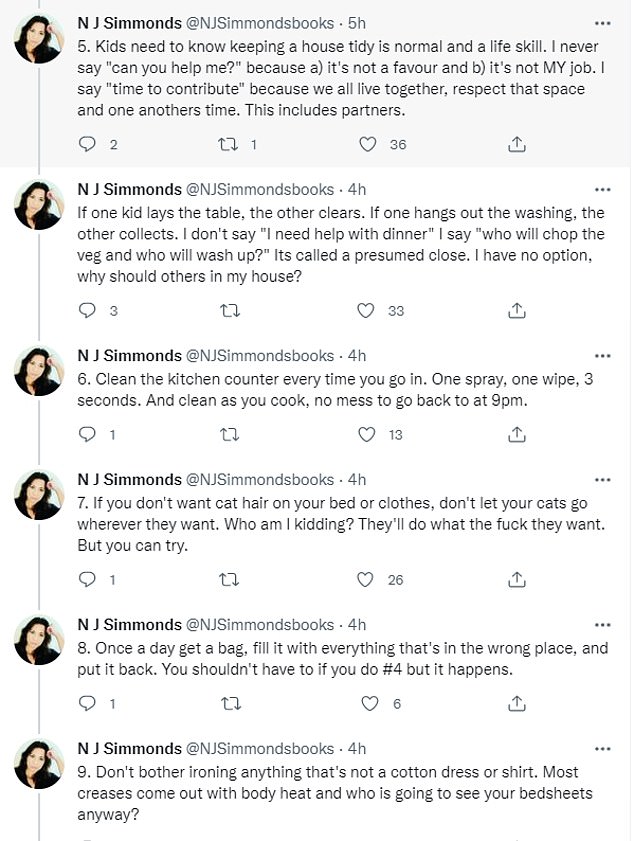 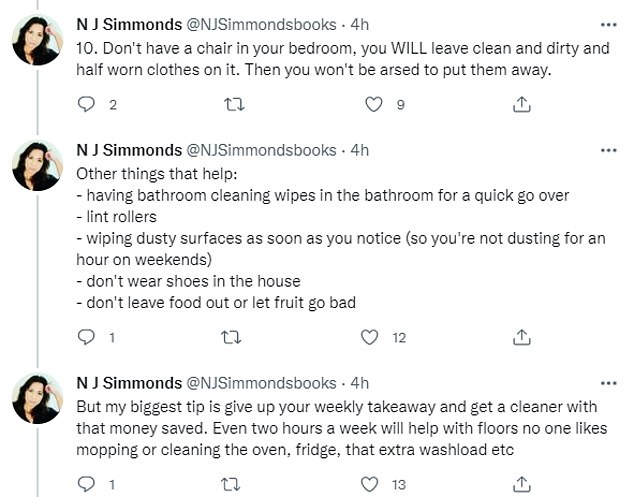 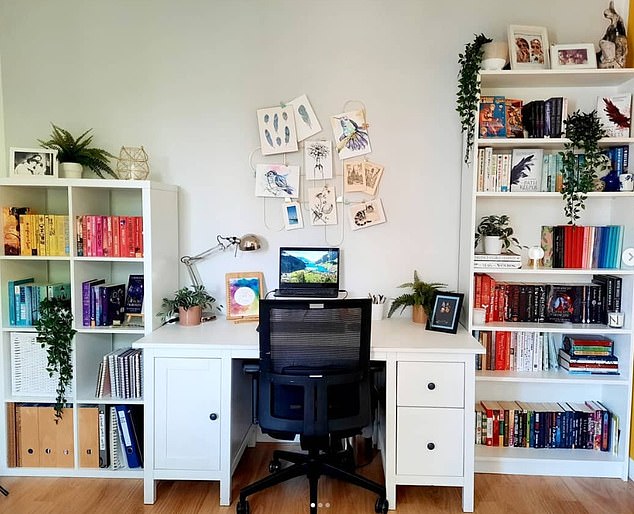