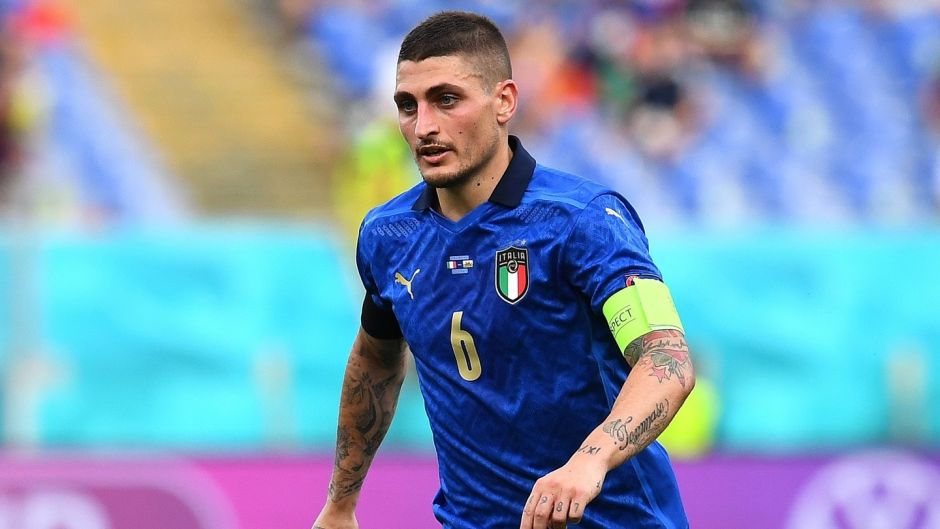 Well, that was tense. Kind of. On a gruelling afternoon in Rome Wales qualified for the last 16 of Euro 2020. Thanks to the vagaries of the format they did so through a shifting fog of almost-drama, a whirl of semi-excitement, as Group A did its best to conjure some genuine final-round tension out of Uefa’s self-own of a 24-team Euros.

Not that anyone in red cared. It is now two out of two for Wales: two European Championships and two knockout-stage runs, a wonderful achievement for this high-craft, brilliantly likable generation of players and for the caretaker manager, Robert Page.

Italy were always out of reach here. But Wales showed wonderful defensive concentration to contain the outstanding team of these group stages and remained within a shanked Gareth Bale volley of levelling the score. They will be daunting opponents at the sharp end of this tournament.

Beyond that three things were clear in Rome. First, this is not a drill. Roberto Mancini’s thrillingly intense Azzurri are the real thing. Italy press and move so well, a collection of synchronised parts all over the pitch. But they also have a kind of rage about them. At times this Italy team looks like it wants to gnaw your arm off. To discomfit your full-backs with a neat, super-slick interchange along an overloaded inside channel. But gnaw your arm off while they’re doing it.

They are also in a rare luminous period. Victory here meant Mancini’s iteration have equalled Italy’s 30-game unbeaten run set almost a century ago. On 35 minutes they went past 1,000 without conceding a goal.

Watching this game you wondered where this might end. Will Italy ever concede a goal again? Does this have to happen? Who says? Then there was Marco Verratti, one of the more understated velvet-touch world-class footballers around, who dominated this game by stealth as he so often does. Mancini made eight changes for this game, a revolution that felt less significant given the sense of unity in this group. Change the parts, change the players – you still have the same mixed and flowing substance that is Mancini’s Italy.

The key audition for the challenges to come was the return of Verratti after injury for his 41st cap. He is an odd Italy player, a one-time prodigy, darling of the academies, who has spent almost all of his mature career in Paris. Aged 28 now, and straight back into the groove in Rome, he provides another, deeper gear in this system.

There was something a little Pax Romana about the opening exchanges, as Wales fell back into a deep red double bolt. But Verratti was already picking away at the hinges. He danced and dawdled and twinkled about, a footballer who is totally unafraid in possession, with a way of waving his foot over the top of the ball, like a street magician daring you to follow the coin under the cup.

It was Verratti’s clever free-kick on 38 minutes that made the game’s only goal. First he went down under a nudge in a tempting spot on the right. Verratti took the free-kick, whipping in a smart low cross as Wales prepared for the expected aerial barrage. Matteo Pessina was ready, snaking across the front of the defence and tickling the ball on its way beyond Danny Ward’s flailing hand.

And Verratti was everywhere in this game. By the end he had touched the ball 136 times, completed 94 per cent of his passes, created the goal, had shots, dribbles, tackles, headers, and driven the entire show from his roving, twirling semi-free role at the heart of the midfield.

Mancini may or may not retain his busy artistry for the more daunting tests to come. But this team now has a wonderful note of variation.

Finally, we saw the in-built failure of this format in the round of final fixtures. Why play so many games to get rid of so few teams? It is sad to see those shivers of genuine sporting cut and thrust passed up, the robust competition you could have had if the top two were the only two going through here.

Perhaps all four teams could qualify next time, or groups be divvied into a series of exhibitions: “classic rivalries”, hard-running east Europeans, a Legends Group where Michael Owen and Dean Saunders duke it out in seven-minute quarters.

The point of course is revenue – more product, more pull with the politicians so desperate to see their nations part of the marketing beano.

Money doesn’t ruin everything in sport. But it is, we can be sure, doing its best.

The outcome was correct in any case. Wales progress with confidence and huge credit. The only sad note was Ethan Ampadu’s red card for stepping on Federico Bernardeschi’s toe, correct under the Uefa guidelines, but still annoyingly soft for an everyday kind of collision.

Would you rent a property without seeing it first in lockdown?