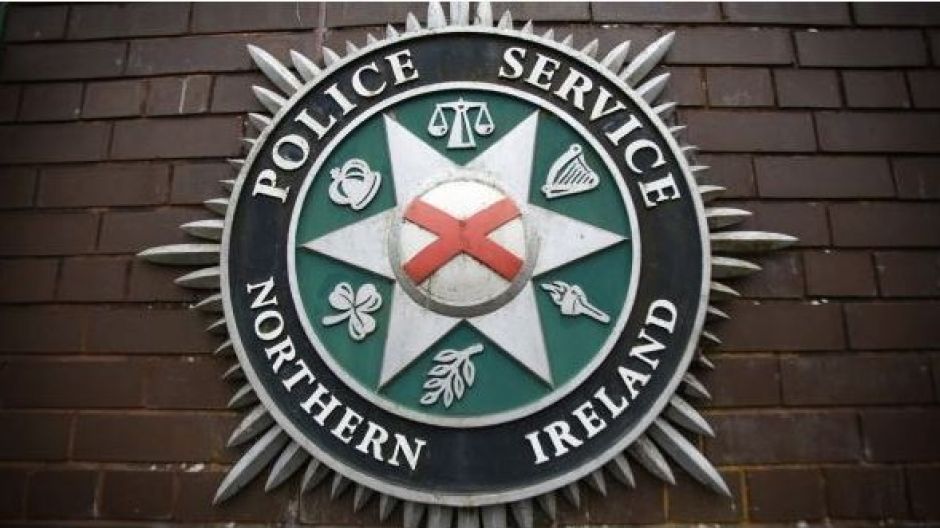 A Co Tyrone village has been left in shock over the death of a man in an overnight car crash.

“The collision occurred after a grey Mitsubishi Warrior car left the road shortly after 3am on Sunday morning,” a PSNI spokesman said.

“Darren was pronounced dead at the scene.

“An investigation into the collision is ongoing and officers would ask anyone who saw the Mitsubishi car travelling in the area before the collision or anyone with any information which could assist with their enquiries to contact them.”

SDLP MLA Patsy McGlone said the community is in shock over the death of the “local man”.

“This is a close knit area where people look out for one another,” he said.

“I know that local people will rally round the family and provide them the support they need as they come to terms with what has happened.

“My thoughts and sympathies are with the extended Canavan and McLernon families at this incredibly difficult time.” 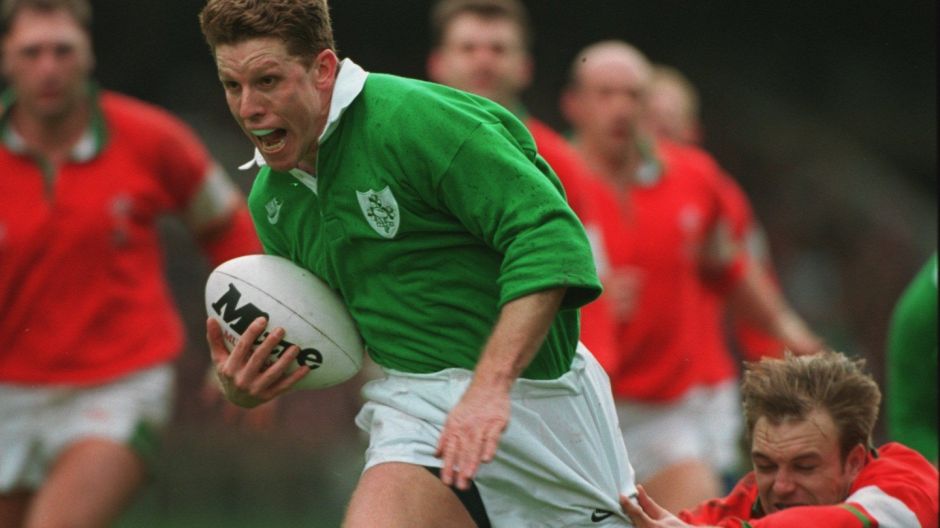 Former Irish rugby international Brendan Mullin is to face trial accused of deception, false accounting and theft of close to €600,000 from Bank of Ireland where he held a senior executive position.

The former rugby star won 55 Irish caps between 1984 and 1995 before he went into financial services and became managing director at Bank of Ireland Private Banking Ltd.

He was arrested at 9.08am on Tuesday when he met gardaí in Dublin city-centre. He was brought to the Bridewell Garda station where he was charged with 15 offences which allegedly took place between 2011 and 2013.

He is accused of stealing €500,000 on December 16th 2011, at Bank of Ireland Private Bank at Burlington Plaza, Burlington Road, Dublin 4.

Five counts of false accounting were also put to him.

He was also charged with deception by inducing a named man and woman to sign a payment instruction with the intention of making gain for himself or another on July 27th, 2011.

Dressed in a grey suit and light blue shirt, he sat silently during his hearing before Judge Michael Walsh.

The Director of Public Prosecutions (DPP) has directed trial on indictment meaning his case will go before a judge and jury in the circuit court.

The DPP has also stated that he can be sent forward for sentencing on a signed plea, should that arise, but defence solicitor Robert Purcell told Judge Walsh a book of evidence will be required.

Bail terms had been agreed, Judge Walsh noted, and it was set in Mr Mullin’s own bond of €10,000.

He was ordered to surrender his passport but this was not made a precondition of release; Judge Walsh warned him that it must be handed over to gardai within 48 hours of taking up bail.

Mr Mullin needed to travel for work purposes and that could be done once the GNECB detective is notified in advance, the judge said.

He must appear again at the District Court on November 11th next to be served with the book of evidence by the prosecution.

A trial order can then be granted.

The killing on Saturday evening in the western town of Idar-Oberstein, Rhineland-Palatinate, is believed to be the first in Germany linked to the government’s coronavirus rules.

The row started when the cashier, a student, told the customer to put on a face mask, as required in all German shops. After a brief argument, the man left.

The suspect then returned about an hour and a half later, this time wearing a mask. But as he brought his six-pack of beer to the till, he took off the mask and another discussion ensued.

“The perpetrator then pulled out a revolver and shot him straight in the head,” prosecutor Kai Fuhrmann told reporters on Monday.

The suspect, a 49-year-old German man, walked to a police station the following day to turn himself in. He was arrested and has confessed to the murder.

He told police he felt “cornered” by the coronavirus measures, which he perceived as an “ever-growing infringement on his rights” and he had seen “no other way out”, Fuhrmann said.

Idar-Oberstein mayor Frank Fruehauf called it “an unfathomable, terrible act”, and residents have laid flowers and candles outside the petrol station.

The murder comes just days before Germans head to the polls for a general election on September 26 that will see Chancellor Angela Merkel bow out of politics after 16 years.

Katrin Goering-Eckardt, the parliamentary leader of the Green party, tweeted that she was “deeply shaken” by the killing, which she said was “the cruel result of hatred”.

Agriculture Minister Julia Kloeckner from Merkel’s centre-right CDU party, who hails from the region, said the murder was “shocking”.

The Tagesspiegel newspaper said far-right chat groups on Telegram were applauding the murder, with one user writing “Here we go!!!” while others posted thumbs-up emojis.

Germany has seen repeated protests from anti-mask demonstrators throughout the pandemic, some of them attracting tens of thousands of people.

The Querdenker (Lateral Thinkers) movement has emerged as the loudest voice against the government’s coronavirus curbs and regulations. Its marches have drawn a wide mix of people, including vaccine sceptics, neo-Nazis and members of Germany’s far-right AfD party.

Skeletal remains have been found at one of the locations identified as a possible last resting place of Robert Emmet who was executed on this day in 1803.

The remains were found during an excavation at the back of St Paul’s Church in Stoneybatter in Dublin.

The disappearance of the body of Robert Emmet is one of the great mysteries of Irish history.

Emmet was tried and then hanged for instigating the ill-fated 1803 rebellion. He became a symbol of Irish martyrdom for his speech from the dock in which he concluded: “Let them and me rest in obscurity and peace, and my name remain uninscribed, until other times and other men can do justice to my character. When my country takes her place among the nations of the earth, then, and not till then, let my epitaph be written.”

After he was publicly hanged outside St Catherine’s Church in Thomas Street on September 20th, 1803, his head was displayed to the crowd by the hangman Thomas Galvin. The remains of Emmet’s body was taken to Bully’s Acre in the grounds of what is now the Royal Hospital Kilmainham and buried there.

When some of his friends went to reintern his remains from Bully’s Acre to St Michan’s Church in Church Street, a church associated with the United Irishmen, they found there was no body there, and so began a search which endures to this day.

His great-nephew Dr Thomas Addis Emmet requested an archaeological dig at the family vault in St Peter’s Church in Aungier Street to mark the centenary of Emmet’s death in 1903, but that proved to be unsuccessful.

St Paul’s Church is another contender in the saga of Emmet’s remains. It was the parish church of Kilmainham Gaol’s doctor and effective governor Dr Edward Trevor.

In his book In the Footsteps of Robert Emmet, JJ Reynolds speculated that Trevor removed Emmet’s body and put it in an unmarked grave in the grounds of St Paul’s Church. This was to ensure that his grave would not become a shrine for Irish nationalism.

The church, which was the venue for the consecration of the philosopher George Berkeley as Bishop of Cloyne in 1734, has been converted into the Spade Enterprise Centre, a not-for-profit social enterprise unit.

The land where the skeletal remains were found is being turned into a shared kitchen for small business enterprises in the area.

Archaeologist Franc Miles said burials in the grounds were from 1702 to the 1860s. A extant set of burial records remain, but Emmet, if he really is buried there, would have no record.

Previous exhumations were carried out when the graveyard was closed in 1860s to make way for a school on the site.

“With all the evacuations, we were left with bits and pieces of body. There weren’t many full skeletons,” he said.

Mr Miles said it all the gravemarkers and stones were removed in the 1860s “so all you are left with really are bones.”

Mr Miles said it would be difficult if not impossible to identify Emmet’s remains even if they are buried in the grounds of St Paul’s Church.

His own “educated guess” is that Emmet’s body is still buried somewhere in Bully’s Acre.

As many of his supporters have said over the last two centuries: “Do not look for him. His grave is Ireland.”