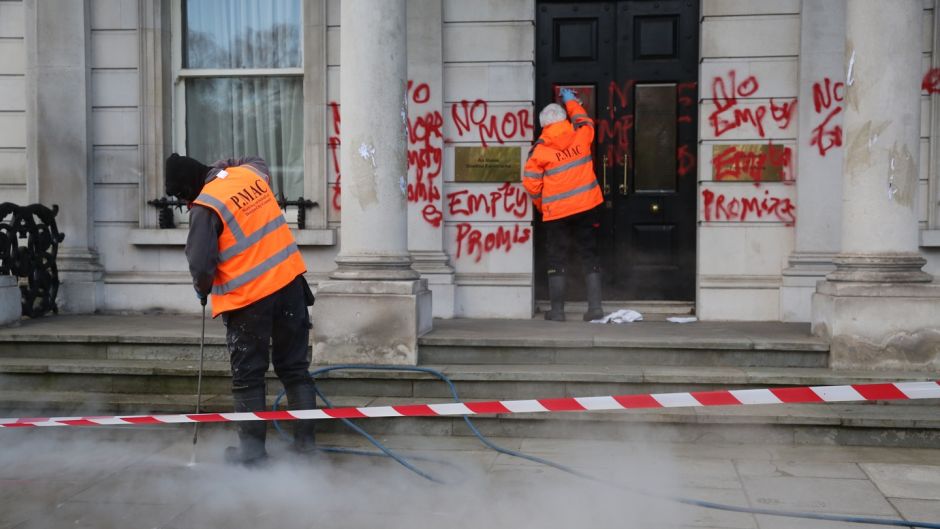 Two Extinction Rebellion activists have been remanded on strict bail terms after a court heard they travelled from Cork to Dublin to carry out a live-streamed graffiti attack at the Department of Foreign Affairs.

They were charged with criminal damage at Iveagh House, at St Stephen’s Green, Dublin 2, which houses the department.

Paint was splattered on the front of the building and graffiti saying “no more empty promises” sprayed across the building’s entrance which could cost thousands of euro to fix.

The event was described by Extinction Rebellion as non-violent direct action. Posters were also stuck to the wall of the building.

The accused appeared before judge Paula Murphy at Dublin District Court on Saturday and the court heard there were objections to bail.

However, defence solicitor Niamh Kelly pleaded for them to be released with conditions.

The judge ordered the accused to stay out of Dublin and away from all Government buildings and to abide by Covid-19 restrictions.

However, former film student Ms Murphy refused to sign the bail bond agreeing to those terms. She was remanded in custody, with consent to bail, to appear again on Thursday.

Arresting gardaí Philip Farrissey and Paul Cummins objected to bail citing the seriousness of the case.

Garda Farrissey told the court Ms Murphy had been ordered earlier to stay away from the Dublin 2 area and all Government buildings.

The court heard the incident at 1.20pm on Friday was filmed and live-streamed on the Extinction Rebellion Cork’s Facebook page. It has been viewed thousands of time, the judge was told.

The footage was played during the bail hearing.

Garda Cummins said it was alleged that the incident was premeditated and pro-longed attack lasting 12 minutes.

Mr Lumley had filmed and encouraged and “egged on” his co-accused while shouting a tirade of his political views, Garda Cummins told the court,

The gardaí told the court repairs to the building had commenced and could cost up to €10,000.

Directions from the Director of Public Prosecution needed to be obtained, the court heard.

Defence solicitor Niamh Kelly said her clients still had the presumption of innocence. Pleading for bail, the solicitor said Ms Murphy had been a film student but became involved in climate activism and youths groups.

She had health problems including depression, the court was told. Ms Kelly also said her client would undertake to turn up to court for her next hearing.

Her bail was set at €1,000 and she must lodge €500, continue to reside at her home address, sign on daily at her local Garda station, stay out of Dublin city and county and remain contactable by phone at all times.

The judge warned her she would have to abide the coronavirus restrictions and not go near any Government building.

However, Ms Murphy refused to obey these terms and was remanded in custody with consent to bail.

Similar conditions were imposed on Mr Lumley who was also told he must lodge €500 in his own bond. The judge also said he must have an independent surety in the sum of €2,500 approved.

The court heard he was in his final year at university but attending lectures remotely and had an unblemished record.

He was extremely concerned about the climate crisis and suffered from depression partly brought on by the issue, his solicitor told the court.

Why Most US Weapons Systems Are Worse than Russia’s

Ancient Citadel with Ties to Some of Russia’s Greatest Figures 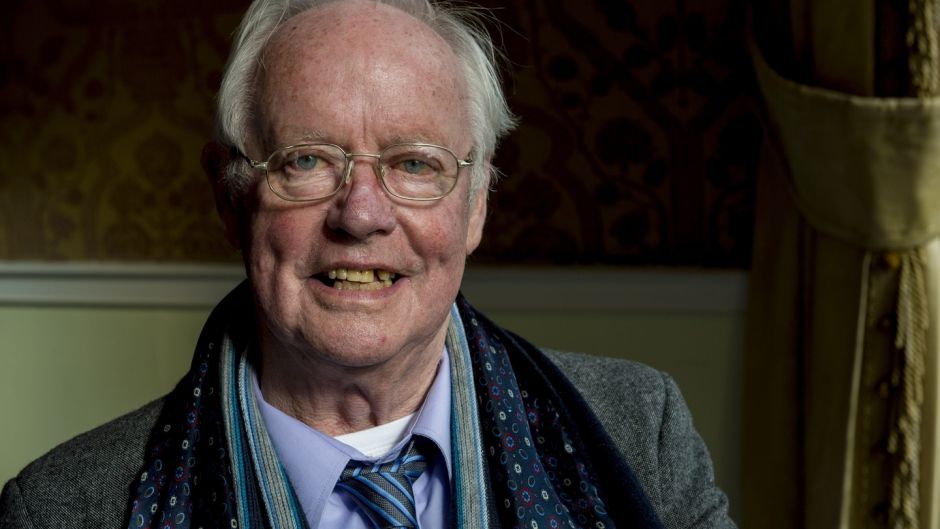 ‘I was born a fighter’: the champion boxer changing young lives in Zimbabwe | Global development