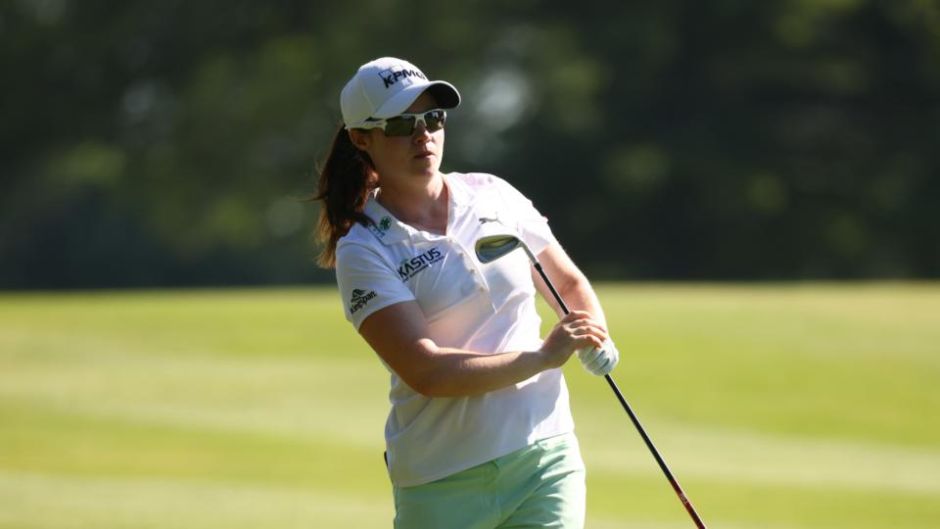 Leona Maguire moved towards a breakthrough win on the LPGA Tour after strengthening her grip on the Meijer Classic in Grand Rapids, Michigan, where the 26-year-old Co Cavan golfer added a magnificent second round 64 to her opening 65 for a midway total of 15-under-par 129, three shots clear of American Su Oh.

Just a week after talking of learning from her experience of leading at the Mediheal Championship in California and suffering a bizarre penalty infraction where he ball lodged in a tree branch only to drop to the ground as the three minute search time was elapsing, Maguire took her destiny into her own hands with a round where all components of her game were dialed in.

Maguire started on the 10th and turned in 31 strokes after a five birdie haul on that stretch and, although suffering back-to-back bogeys on the first and second after two poor drives, she recovered brilliantly with birdies on the fourth, sixth and ninth while the real icing on the cake came with an eagle on the eighth.

Of that eagle, Maguire said: “I hit a really nice drive and we were kind of in between clubs. I absolutely flushed a 5-hybrid. It went way further than I thought and pitched pin high and stayed on the green and holed a really nice putt for eagle.”

With three top-10s so far this season, Maguire – who has risen from 177th in the world rankings at the start of the year to her current 88th – continued the momentum of that tied-9th finish in the Mediheal to move onwards towards the prospect of a breakthrough career win on the LPGA Tour.

Of claiming the midway lead, Maguire said: “Look, everybody is going low. You know you have to go low. There is not really time to look around or even look behind. It’s sort of keep your foot down and keep going, make as many birdies as you can . . . . you can’t really protect a lead. You can’t just try and make pars and stuff. You have to sort of go for everything.”

Maguire led by three from Oh at the halfway stage with Lindy Duncan a shot further back in third. Nelly Korda was among a group of five players on 10-under, five strokes behind the Irishwoman. Stephanie Meadow, though, missed the cut after a 71 for 144.

Tome sweet tome: Six literary towns to consider for your next home move