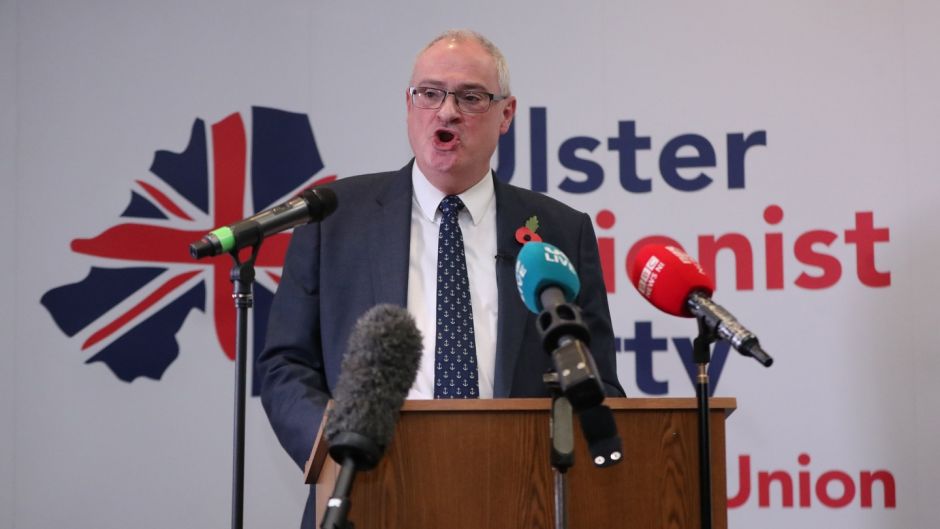 Mr Aiken will remain in his post as UUP leader until a successor is chosen.

In a letter to party chairman Danny Kennedy, Mr Aiken said he believed he had taken the party as far as he could.

“To achieve our goals, we now need new leadership,” he wrote.

Mr Aiken said he will remain in politics and continue as a South Antrim MLA.

He wrote: “May I say what a privilege it has been to lead our party in these difficult and trying times; while leadership of a political party has many highs and lows, it has been my work with our elected representatives, in particular our MLA team, that has given me the greatest confidence for the future of our great party.”

Mr Aiken said he noted with pride the UUP’s decision to take on the health ministerial portfolio when Stormont was restored in 2020.

He said his party colleague and former leader Robin Swann had been successful in his efforts to tackle the pandemic.

“However, despite our successes, it has become clear to me that if we are to achieve the breakthrough in the forthcoming Assembly elections, we will need to drive further ahead,” Mr Aiken wrote to the party chairman.

“To represent the brand of unionism that builds on hope and not fear, and provides a clear, modern, alternative that will be both the future of our party and Northern Ireland, will require strong leadership.

“The last few months have been a momentous time for our union and for Northern Ireland,” he wrote.

“It is also a time when unionism, more than ever, needs positive, hopeful and progressive leadership; leadership which I strongly believe only the Ulster Unionist Party can provide.

The announcement from the South Antrim MLA comes amid growing internal UUP concern at his leadership.

Mr Aiken, a former submarine captain, was elected to the position unopposed in 2019. – PA

The locations with the highest demand for family homes revealed