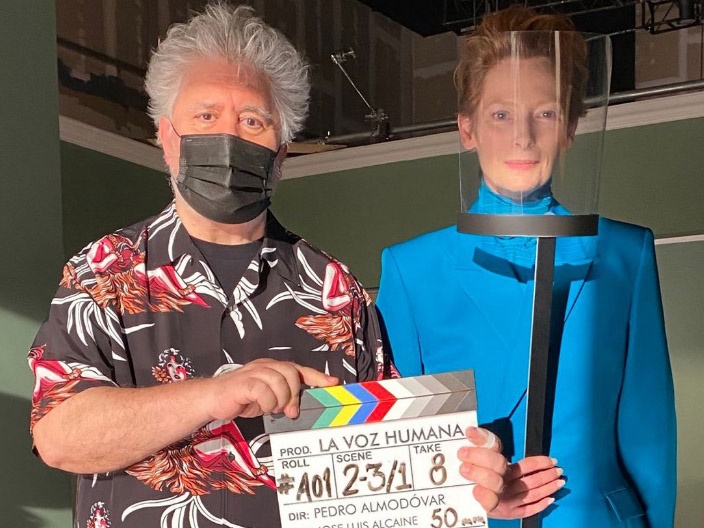 Pedro Almodóvar has offered a preview of his new short drama The Human Voice, filmed in English and starring Tilda Swinton.

The Spanish filmmaker’s brother and producer Agustín Almodóvar shared a 57-second video on Twitter in which the British actress is seen walking silently across a grey background in a bright red dress.

The latest project by the award-winning director will officially premiere at the Venice Film Festival, which is scheduled to take place between September 2 and 12 amid heightened coronavirus safety measures.

Festival organizers said they are also planning to award a Life Achievement Golden Lion to Swinton, as well as to Hong Kong director Ann Hui.

A few days ago, Almodóvar stated that he felt like returning to Venice on such a “particular” year. “It is an honor to accompany Tilda on a year when she will receive a special award,” said the Spanish director, who accepted the same prize last year.

“The Human Voice is a festival celebrating Tilda, a display of her infinite range as an actress,” he said. “Directing her has been spectacular.”

The shared video clip has no dialogue. Instead, viewers hear music written by the score composer Alberto Iglesias, a longtime collaborator of Almodóvar’s.

The Human Voice is an adaptation of Jean Cocteau’s 1930 play La voix humaine, which also served as inspiration for earlier work by Almodóvar, including his 1987 Law of Desire and 1988 Women on the Verge of a Nervous Breakdown. 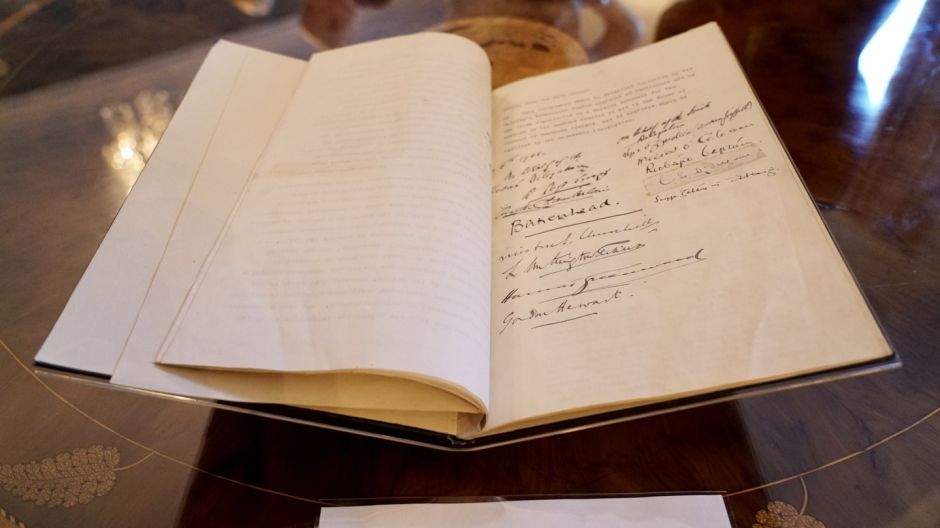 On December 6th 1921 a document was signed that would shape Ireland for at least a century.

Throughout October, November and early December of 1921, tense negotiations on the future of the island took place in London after years of conflict.

The Irish team, led by Arthur Griffith and Michael Collins, were untrained and badly prepared. They lacked clear instructions or guidance and had no agreed counter-proposals prepared. They were not even a united team.

In the early hours of the 6th of December 1921, the talks reached a dramatic climax at Number 10 Downing Street.

With the British under increasing pressure to get a deal done, an ultimatum was issued: sign or face war again.

The Anglo-Irish Treaty was signed. Its aim was to bring the curtain down on the war in Ireland and while it did mark the end of the War of Independence, it sparked another conflict almost immediately – the Civil War.

It also set the scene for the partition of Ireland with the devastating consequences that was to have half a century on from the signing of the Treaty.

Countless books, plays and even a Hollywood film have been made about the Treaty but what is it legacy and why is it an important story to tell?

Playwright Colin Murphy, historian Micheal O Fathartaigh, author Gretchen Friemann and Irish Times journalist Ronan McGreevy talk to In The News about the Treaty, the negotiations and the impact the document has had on Irish history. 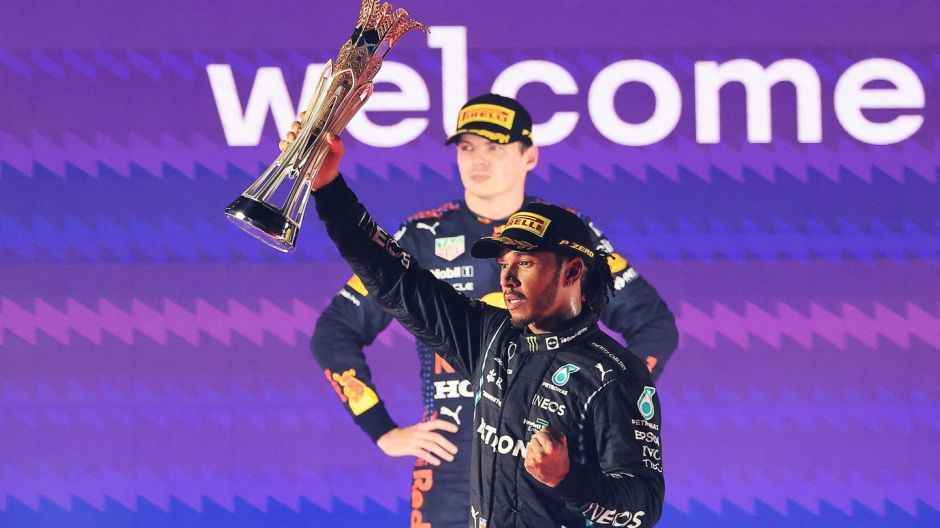 After chaos, needle, misunderstanding and some absolutely uncompromising racing, it took a cool head to prevail and Lewis Hamilton duly delivered, his win at the Saudi Arabian Grand Prix ensuring there is now nothing in it going into the Formula One season finale.

Beating title rival Max Verstappen into second, the pair are now level on points after a race of complexity and confusion fitting perhaps in a season that has been impossible to predict. The two protagonists endured an ill-tempered race and both left with differing views, Hamilton accusing his rival of being dangerous and Verstappen aggrieved. What it made clear is that neither will leave anything on the table next week in Abu Dhabi.

The investigations and debriefs will go on long into the night after this staccato affair interrupted by red flags, safety cars and the two leaders clashing repeatedly on track but ultimately and crucially for his title hopes it was an exhausted Hamilton who came out on top.

Hamilton had gone into the race trailing Verstappen by eight points, they are now level. The lead has changed hands five times during this enthralling season, which has ebbed and flowed between them but of course Hamilton has experience in tense showdowns, pipped to his first title in the last race of 2007 and then sealing it in a nail-biting showdown in Brazil a year later.

Verstappen is in his first title fight but has shown no indication of being intimidated, instead eagerly grasping his chance to finally compete and he still has it all to play for despite his clear disappointment at the result at the Jeddah circuit.

Hamilton admitted how hard the race been. “I’ve been racing a long time and that was incredibly tough,” he said. “I tried to be as sensible and tough as I could be and with all my experience just keeping the car on the track and staying clean. It was difficult. We had all sorts of things thrown at us.”

Hamilton’s race engineer Peter Bonnington credited his man with how he had handled it, noting: “It was the cool head that won out”. It was a necessary skill beyond that of wrestling with this tricky, high speed circuit, given the incidents that defined the race as it swung between the two rivals.

Hamilton held his lead from pole but an early red flag due to a crash left Verstappen out front when Red Bull had opted not to pit under a safety car. Thus far at least it was fairly straightforward.

When racing resumed from a standing start Hamilton, off like a bullet, had the lead into turn one but Verstappen went wide and cut the corner of two to emerge in front. Esteban Ocon took advantage to sneak into second only for the race to be stopped again immediately after several cars crashed in the midfield.

With the race stopped, the FIA race director, Michael Masi, offered Red Bull the chance for Verstappen to be dropped to third behind Hamilton because of the incident, rather than involving the stewards. In unprecedented scenes of negotiations with Masi, Red Bull accepted the offer, conceding Verstappen had to give up the place, with the order now Ocon, Hamilton.

Verstappen launched brilliantly at the restart, dove up the inside to take the lead, while Hamilton swiftly passed Ocon a lap later to move to second.

The front two immediately pulled away with Hamilton sticking to Verstappen’s tail, ferociously quick as they matched one another’s times. Repeated periods of the virtual safety car ensued to deal with debris littering the track and when racing began again on lap 37, Hamilton attempted to pass and was marginally ahead through turn one as both went off but Verstappen held the lead, lighting the touchpaper for the flashpoint.

Verstappen was told by his team to give the place back to Hamilton but when Verstappen slowed apparently looking to do so, Hamilton hit the rear of the Red Bull, damaging his front wing. Mercedes said they were unaware Verstappen was going to slow and the team had not informed Hamilton, who did not know what Verstappen was doing. Hamilton was furious, accusing Verstappen of brake-testing him. Both drivers are under investigation by the stewards for the incident and penalties may yet be applied.

Verstappen then did let Hamilton through but immediately shot back up to retake the lead but in doing so went off the track. He was then given a five-second penalty for leaving the track and gaining an advantage and a lap later Verstappen once more let his rival through, concerned he had not done so sufficiently on the previous lap. After all the chaos, Hamilton finally led and Verstappen’s tyres were wearing, unable to catch the leader who went on to secure a remarkable victory.

It was all too much for Verstappen who left the podium ceremony immediately the anthems concluded. “This sport is more about penalties than racing and for me this is not Formula One,” he said “A lot of things happened, which I don’t fully agree with.”

Both teams had diverging viewpoints on the incidents but both must now look forward. After 21 highly competitive races, the last a febrile, unpredictable drama, the season will be decided in a one-off shootout where both drivers have without doubt earned their place but just when the respect between them appears at its lowest ebb. – Guardian

Covid testing rules for all arrivals into State come into force 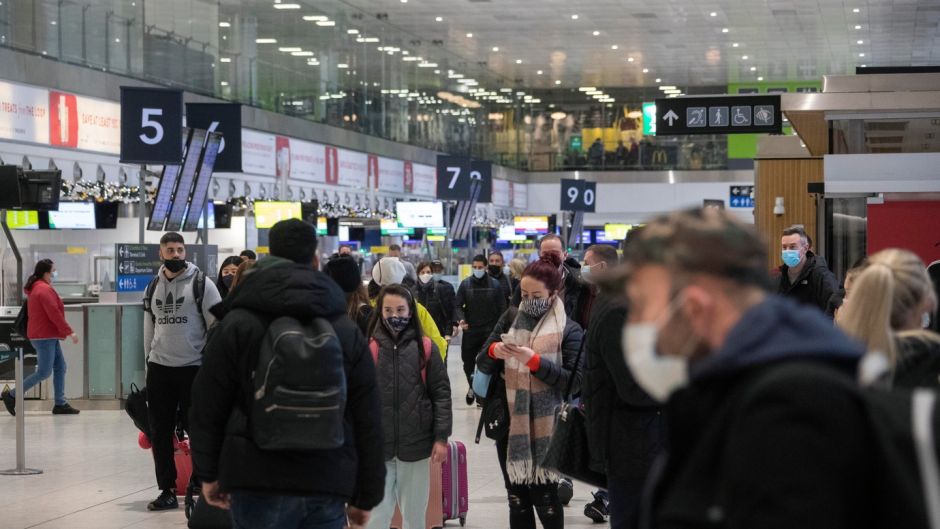 New Covid testing rules for travellers arriving into the State have come into force today.

At the start of the week the Government announced that all incoming travellers except those travelling from Northern Ireland will have to present a negative test result in order to enter the country irrespective of the vaccination status.

The move came in response to concerns about the spread of the Omicron variant of Covid-19.

The test requirements were due to be introduced from midnight on Thursday. However the system was postponed at the last minute to midnight on Sunday in order to allow airlines prepare for checks.

Ryanair’s Michael O’Leary had described the move as “nonsense” and “gobbledygook”.

Meanwhile more than 150 passengers have departed Morocco for Ireland on a repatriation flight organised by the Government.

The 156 passengers on the flight from Marrakech to Dublin included Irish citizens as well as citizens of several other EU countries and the UK.

The journey was organised after flights to and from Morocco were suspended earlier this week until at least December 13th, amid fears over the spread of the new Omicron Covid-19 variant.

The repatriation flight on Saturday was operated on behalf of the Government by Ryanair.

Responding to news of the flight’s departure, Minister for Foreign Affairs Simon Coveney hailed the efforts of the Irish Embassy in Rabat in the operation, tweeting: “Well done and thank you!”.

Tweeting about the latest hospital figures on Saturday, Tánaiste Leo Varadkar said the “plan is working – 3rd doses, masks, test & isolate, physical distancing. Thank you for what you are doing. Please don’t lose heart. Let’s all have a safe Christmas.”

The figures come as the Government on Friday announced its most wide-ranging introduction of new restrictions this year after “stark” warnings from the National Public Health Emergency Team (Nphet) to take immediate action in the face of the threat from the Omicron variant.

From Tuesday until at least January 9th, indoor hospitality will be limited to parties of up to six adults per table, while nightclubs will be closed and indoor events limited to half a venue’s capacity. Advice has been issued that households should not host more than three other households in their home, while the use of the vaccine pass is to be extended to gyms and hotel bars and restaurants.

Trinity College immunologist Prof Luke O’Neill said the main reason for the new restrictions was the new Omicron variant, and he thought they were needed as the “next three to four weeks are going to be tough”. Speaking to Brendan O’Connor on RTÉ radio, he said it was “strange” that restrictions were being introduced when things are stabilising, with the lowest hospital numbers since November 6th.

Prof O’Neill said he was “hopeful” at news that the Omicron variant may have a piece of the common cold virus in it which could make it more like the common cold.