Sage advice: This earthy green hue is good for the soul – and fast becoming the shade of the year

By Anne Ashworth For The Daily Mail

The desire for serenity by bringing the outside indoors is why sage green is becoming the go-to colour in our homes.

Indeed, when it comes to what’s known as biophilic design — a connection to the environment in every aspect of a home — sage green leads the field.

No surprise, then, that Hollywood stars have cottoned on to this fashionable hue. When the sage green kitchen in the LA home of actress Dakota Johnson featured in Architectural Digest magazine, lame jokes were made about the Fifty Shades Of Grey star’s choice of palette. 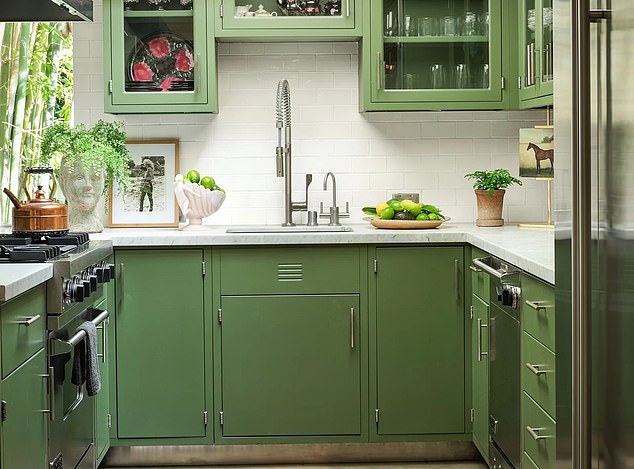 But the mid-century style kitchen, with glass-fronted cabinets, is both smart and wholesome.

Swoon, the design-led furniture brand, is among those reporting a surge in searches for sage green paints and sofas. And it’s even being called the ‘new neutral’, as it goes with grey, beige, black and just about everything else.

Eager to let sage green work its power on your home? Here’s a guide to its use.

Sage green can be used alone in a kitchen or mixed with natural woods. Its matt organic look gives a rural touch to a city pad.

Tom Howley, of Tom Howley Kitchens, says the shade is popular among customers who like the idea of the Cotswolds, but would not move there.

‘Even those who don’t want to give up the buzz of city life are redefining their homes with a country-style narrative and sage green is perfect for this,’ he says.

If a kitchen makeover seems anything but relaxing, a single piece, such as a £299 farmhouse table with sage green legs from the Cotswolds Company, brings you closer to fields and meadows.

The colour brings a certain warmth that grey and beige cannot deliver, especially when teamed with these neutrals.

Another route would be to paint the walls with Dulux’s Heritage range sage green in bathroom finish.

Just a few items in sage green will bring the outdoors inside, such as Habitat’s £80 Freja cabinet, or Homescapes Turkish towels (from 99p).

The ascent of sage green could rob emerald green of its crown as the most fashionable shade for sofas.

The Habitat Hendricks three-seater sofa is made of a hard-wearing linen-look fabric (£1,200). Sage green armchairs are almost as sought-after. The Anboise Fortingall velvet armchair is £1,500. 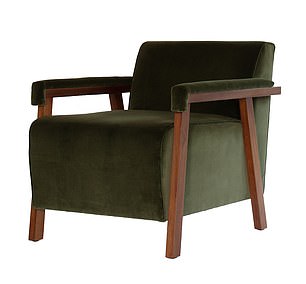 And Swoon’s Munich oversized armchair is £999.

Accessories add the sage green laid-back vibe. The Range has a £64.99 wool throw while Not On The High Street has a £24.99 spider plant in a sage green pot.

Bedding represents the ideal way to enjoy the calm-inducing qualities of sage green for less.

The simplest way to bring sage green into any room is to pick up a paintbrush.

The options include shades such as Detox and Home Green from Coat, a sustainable brand, Farrow & Ball Sap Green and Little Greene’s Sage Green.

What your home really needs is a… noticeboard

The payback from this low-tech solution can be huge, which is why your home needs one. 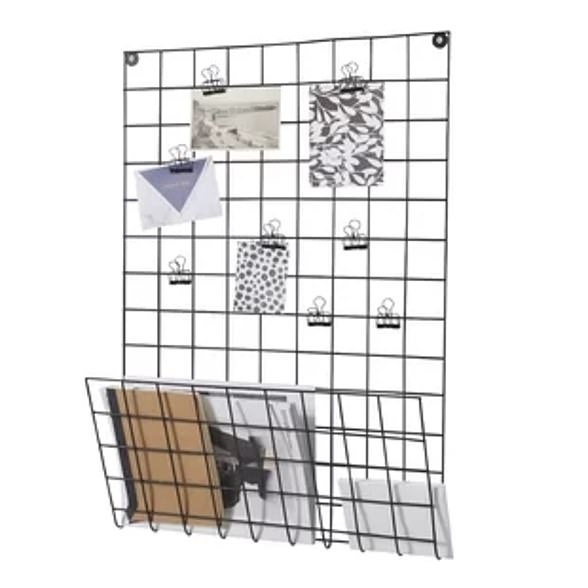 Not only can you attach the obvious stuff such as a rota for domestic chores and children’s drawings, but it can also serve as a place to display pictures of interiors you would like to copy.

Argos offers a cork and white-board for £19.

But Wayfair has fancier options, such as the £70.99 slate magnetic board or the mesh wall-mounted bulletin board (£65.99) onto which you peg lists and cards.

A noticeboard can also help you plan future holidays. From Butler & Hill, you can buy a £39.99 board with a world map background.