The already in-demand Cotswolds have reached new heights of desirability amid the coronavirus pandemic, new research has suggested.

The area’s pretty rural villages have long been a favourite among the rich and famous, with homes in the area owned by Kate Moss, Jeremy Clarkson, David Cameron, Laurence Llewelyn-Bowen and the Beckhams, to name but a few.

And the desire to stay at home in somewhere more picturesque means the area’s rolling hills and open spaces are even more sought-after, with online searches for properties in the Cotswolds doubling in the second half of last year. 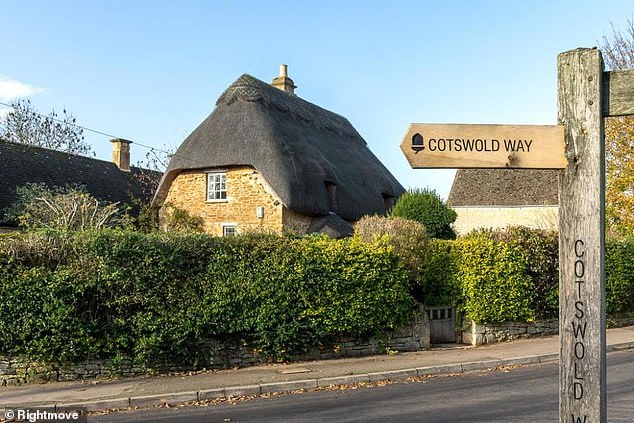 Online searches on Rightmove for the Cotswolds rose 102 per cent in the last six months of 2020 compared to the same period in 2019.

The property website said the increase in searches came as people looked to relocate for a quieter life in the countryside.

Rightmove explained its focus on the Cotswolds, saying that it saw a big shift in the number of people who were looking to move to the countryside last year, and as one of the country’s most iconic rural regions, it wanted to examine whether the Cotswolds in particular had seen a surge in interest.

The Cotswolds covers 787 square miles, stretching from just south of Stratford-upon-Avon to just south of Bath near Radstock. It lies across the boundaries of several English counties, including mainly Gloucestershire and Oxfordshire, but also in parts of Wiltshire, Somerset, Worcestershire and Warwickshire.

The number of sales being agreed by agents in the Cotswolds outperformed the South West as a whole, peaking in September, Rightmove said.

There was a 100 per cent annual rise in the number of sales that were agreed by agents in the Cotswolds in September. 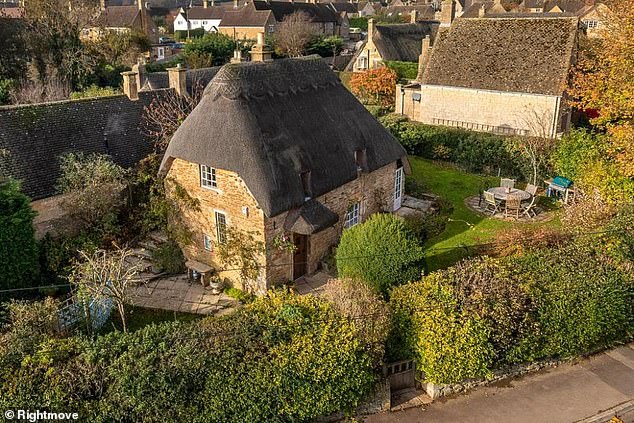 This two-bedroom cottage in Chipping Campden, Gloucestershire, is for sale for £555,000 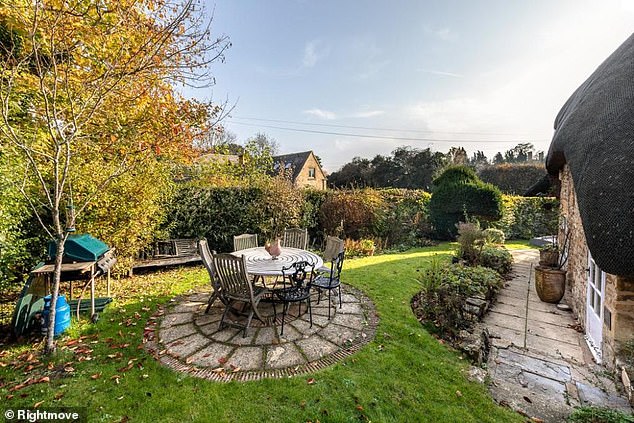 Rightmove found that Wotton-under-Edge in Gloucestershire is where house prices increased the most in the Cotswolds in 2020.

The place with the biggest annual increases in buyer searches in the Cotswolds was celebrity hub Chipping Norton, up by 109.5 per cent, followed by Burford – up 82.3 per cent – and Chipping Campden, up 68.5 per cent.

Rightmove’s Tim Bannister said: ‘The headline market trend to emerge from 2020 was a huge jump in demand for rural areas and countryside living, and the Cotswolds ticks pretty much every box for home-movers seeking an escape to the country.

‘As a designated Area of Outstanding Natural Beauty, brimming with endless walking trails and tight-knit village communities, the Cotswolds represent much of what we hold dear about the great British outdoors.

‘It’s easy to see why the area is a magnet for people looking for a quieter life, and with remote working seemingly here to stay for many, I expect the popularity of the Cotswolds will continue to grow this year.’ 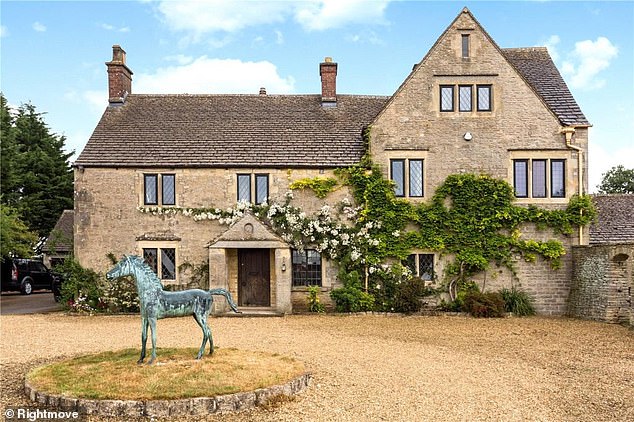 This six-bedroom house near Minchinhampton, in Gloucestershire, is for sale for £1,495,000 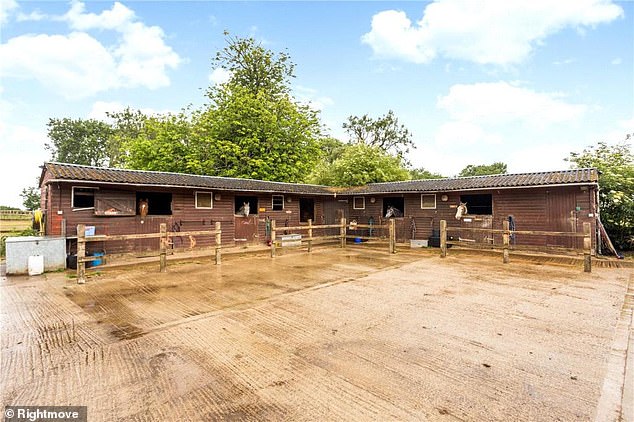 Equestrian facilities: The six-bedroom house (as above) also boasts land and several stables

Rupert Sweeting, of estate agents Knight Frank, described Cotswolds property viewing and buying as ‘completely frantic’ since the housing market re-opened in May.

He said: ‘In addition to the traditional reasons that have always attracted buyers to the Cotswolds, including the beautiful scenery, good schooling, and well-established transport links, the pandemic has drawn attention to how the Cotswolds can also offer a dreamy countryside lifestyle, strong broadband networks, and space and gardens without compromising convenient facilities.

‘After experiencing being cooped up during the multiple lockdowns with a small or no garden, city dwellers quickly realized the benefits of moving to the countryside.

‘The abundance of well-equipped towns and villages in the Cotswolds means that these urban buyers are able to achieve their dream countryside retreat without having to completely isolate themselves. ‘

He added that having the likes of Soho Farmhouse and Daylesford Farmshop around, while being about an hour and a half from the centre of London is an attraction for many buyers.’

‘The idealisation of the country perfectly reflects how the pandemic has seen people revaluate their day-to-day lives and consequently propelled the Cotswolds’ property market into a frenzy,’ he said. 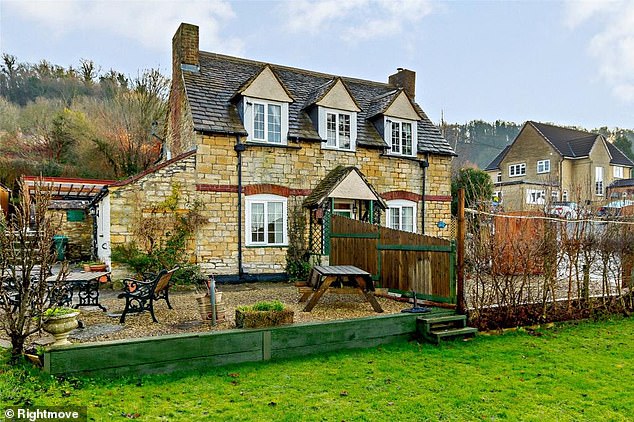 This two-bedroom house in Wotton-Under-Edge is for sale for £500,000 via estate agents Fine & Country

After 40 years, is there an end in sight to the Aids epidemic?

Two killed, more than 20 injured in shooting outside concert