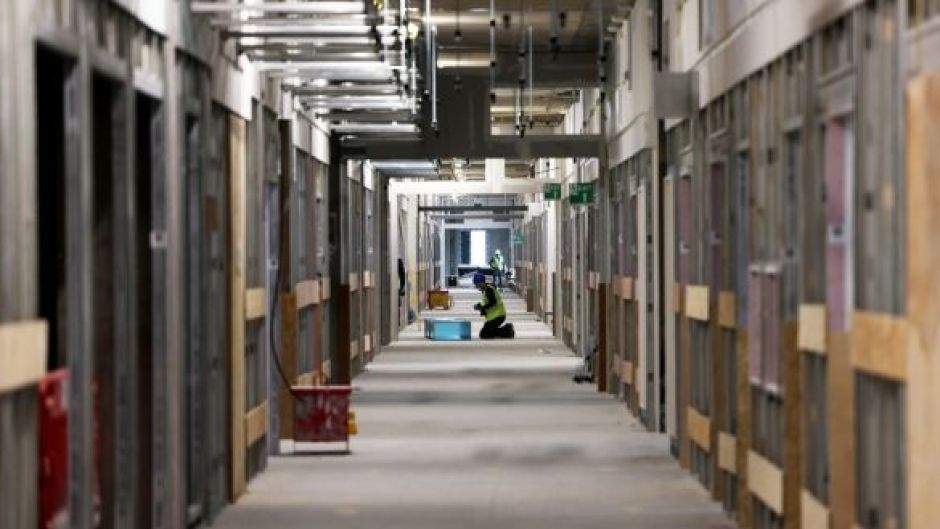 The lack of transparency around the costs and timeframe of the new National Children’s Hospital is “nothing short of disgraceful,” an Oireachtas committee has been told.

TDs and Senators expressed their frustration at the decision by the Department of Health and the National Paediatric Hospital Development Board (NPHDB) not to provide an update on costs and an opening date for the hospital.

Fine Gael Senator Martin Conway said the absence of updates was “nothing short of disgraceful” and that the meeting of the Joint Committee on Health was “pointless”.

It was revealed at the meeting the project will be delayed 14 months because of the Covid-19 shutdown. Instead of being finished in August 2022 as planned, it is now due to be completed in December 2023. The hospital is likely to open in the second half of 2024.

Sinn Féin spokesman on health David Cullinane said there was a “vacuum of accountability and transparency” around the main issues related to the hospital.

He said the failure to give an updated figure on the costs of the hospital is “deeply unsatisfactory” and that questions asked the last time the committee met on the subject in November had still not been answered.

There was a lack of clarity at the previous meeting in November and there was still no clarity seven months later, he said.

Social Democrats coleader Róisín Shortall said it appeared the board of the hospital was still working off an “unrealistic figure” of €1.433 billion, which was first revealed by then-taoiseach Leo Varadkar in December 2018. She warned the costs of the hospital threatened to be a “runaway train”.

The Department of Health’s assistant director of health infrastructure, Fiona Prendergast, acknowledged the cost of the project was of concern.

In her opening statement, she said there is a “live contract in place and ongoing commercially” with the main contractor BAM.

It would be “inappropriate and very likely detrimental” to the project to speculate on the ongoing costs, she added.

Nine claims have been settled at a cost of €2.5 million by arbitration. Six have not been resolved and will now go to the High Court.

“Claims are a fact of life in a large project. We are doing well in defending those claims. We are doing everything to mitigate any cost increase,” he said.

“All the costs we incur are subject to a great deal of scrutiny. We will not let the costs get out of control. Our principle mitigation is to get the project done as soon as possible.”

Mr Gunning said he was not in a position to give an update on the cost of the project. “We are content in the way we are defending claims,” he said.

When pressed by Mr Conway, he said it was a “racing certainty” the cost of the hospital will be more than the latest projected cost of €1.443 billion.

People Before Profit TD Gino Kenny said he would not be surprised if the costs of the hospital will be in excess of €2 billion.

Mr Kenny said the cost of the hospital has gone from €600 million to €2 billion and is making taxpayers “sick in their stomach”. He asked how the board could have got the costs so wrong.

Mr Gunning disputed the €2 billion figure, but he would not commit to a ballpark final figure.

However, he said the biggest cost is delay and the hospital is now delayed by 14 months. “Trying to deliver the hospital by December 2023 is our priority,” he said.

How to reduce plastic waste in your garden: Seven tips to be more eco-friendly