The Irish family of an engineer, who was arrested three weeks ago after being summoned to a meeting in Iraq, have spoken to him for the first time since his detention.

Co Roscommon-based Desree Pether said her husband, Robert Pether (46), an Australian citizen, was “terrified” when she spoke to him by phone on Tuesday and still had no idea what charge was being made against him. He had attended one court hearing which was conducted in Arabic and had spent two weeks in solitary confinement, she said.

Taoiseach Micheál Martin said he had been made aware of the case, which was raised in the Seanad this week by Senator Eugene Murphy. “We will do everything we possibly can,” Mr Martin said on Wednesday. “We know this must be a very difficult time for his family. We’re working with the Australian government, which is taking the lead.” The Taoiseach said the Department of Foreign Affairs was working on the case.

Mr Pether is being detained with an Egyptian colleague who was arrested with him on April 7th, when they both turned up for a purported meeting in Baghdad with the governor of the Central Bank of Iraq.

“There was no meeting. There were no pleasantries. They were met by 12 security officers and arrested and marched to a compound,” said Ms Pether who is an Irish citizen. She said her husband was forced to hand over his phone, laptop and hard drive and had no idea if his family knew what had become of him. He spent two weeks in the suit he had worn to the meeting and “doesn’t even have a toothbrush”. However, she said her husband had reassured her that he was not being ill treated.

Ms Pether said the two men were “pawns in a game of chess” and were caught up in a dispute between their company and its client, the central bank. Mr Pether had been overseeing the construction of a new headquarters for the central bank in Baghdad, a project which is ongoing for four years.

Recently he had been working on a different project in Dubai but was asked to return to Baghdad to meet the governor to sort out the problems, Ms Pether explained.

“He rang the Australian embassy in Baghdad three days before he left Dubai and they assured him he would be safe,” she said.

Ms Pether said her husband “feels betrayed” and told her the Australian embassy had done nothing. She said all the information she had been getting from Baghdad was coming through the family of his Egyptian colleague.

“Rob knows even less than we do. He doesn’t know where he is being held,” she said. Her husband “has done nothing wrong” and had in fact been praised for the way the project, which he had overseen for four years, had progressed, she said.

Mr Pether was allowed access to a phone after 20 days when the Egyptian embassy arranged a visit for his colleague, according to his wife whose late father is from Dublin and who was raised in Australia. The family has been living in Elphin, Co Roscommon for two years.

Mr Pether arrived in Baghdad from Dubai on April 1st and continued to work on the project until April 7th when he went as arranged to a lunchtime meeting. Ms Pether said her husband, who normally texted her several times a day and rang the family every evening, was very emotional when he unexpectedly got to speak to her this week.

“When I told him his case had been raised in the Seanad he cried. He felt so hopeless and he is so touched at the support in Ireland. ” Mr Pether was “beside himself” about his children and especially his eldest son Flynn who was doing his Leaving Cert, she added.

Mr Pether was due home in Elphin this week to celebrate his birthday with his wife and three children, Flynn (17), Oscar (15) and Nala (8). Both Flynn and Oscar are Irish citizens and Ms Pether said Nala and Robert were applying for Irish citizenship but Covid-19 had slowed the process .

Ms Pether said it was “like living your worst nightmare. It’s like being in a Hollywood blockbuster. I keep waking up every morning thinking it was a bad dream.”

The central bank building was the last one designed by the celebrated British Iraqi architect Zaha Hadid who died in 2016.

‘Life Is Such a Simple, Yet Cruel Thing’ By Vladimir Putin

Several days ago, the Spanish painter Antonio Capel was chatting with the owners of Vivaldi, a florist’s shop in the northern city of Palencia, when they remarked that something was amiss with the façade of a historic building that now houses a branch of the Unicaja bank. Capel was surprised so they suggested he take a look at what was once the delicate face of a shepherdess.

The artist went up to his studio and, using his camera’s zoom, saw that the familiar features were now nothing short of an eyesore. The statue’s eyes were in the wrong place and her nose and mouth had been clumsily crafted. As Capel jokes, whoever was responsible for the restoration was no fine artist – an observation backed by the Spanish Association of Conservators and Restorer’s rapid clarification that it was not a professional job. The botched restoration has already drawn comparisons to the infamous Ecce Homo painting which was disfigured beyond recognition by an amateur artist in Borja in 2012.

The florists in Palencia, who preferred to remain anonymous, recall that heavy rains several years back caused a fall of debris from the building, which was inaugurated in 1923. They later realized that the face of the shepherdess was missing. “The strange thing is that no one noticed” how badly it had been restored, they say.

Capal, meanwhile, says it is beyond his comprehension that such slapdash workmanship should be allowed on such a beautiful building, which is located in the heart of the city on Mayor street. In his opinion, the workers simply used a tracing technique to fashion the face out of plaster in the hope that it would be too high up for anyone to notice.

Unicaja denies any responsibility for the sloppy result. Spokespeople from the bank insist that they only own the premises of the branch office and the second floor. Years ago, Caja Duero, which later became part of Unicaja, owned the entire building. However, they sold the upper floors during the takeover to private homeowners. The spokespeople maintain that the building’s administrator informed the homeowners in 2017 that pieces from the façade had fallen off, including the face of the shepherdess. Palencia City Council confirms that they called on the owners to repair the damage that could pose a threat to public safety. They explain the building is under “structural, not integral protection,” meaning that any restoration work must protect the structure of the building, but no special consideration needs to be given to its exterior decorations.

Unicaja’s staff laugh when asked about the ham-handed job. Like other botched restorations in Spain, including the cartoonish facelift of a 16th-century sculpture of Saint George in Navarre, the changes went unnoticed until someone with a keen eye spotted them. Even the journalists at the Cadena Ser radio network, which has its newsroom in the building, admit to being oblivious.

But now Spain’s latest Ecce Homo is making international headlines, with even with the British newspaper, The Guardian, flagging up the statue’s perceived resemblance to the incumbent president of the United States, Donald Trump.

Wonderful A Capella of Famous Russian Folk Song (Not for Me, ‘Ne Dlya Menya’

Actually, it is a Russian genre called “romance”. The words were written and published in a magazine in 1838 by a naval officer, A. Molchanov, and put to music the same year by the Russian composer N.P. Dewitte.

‘How do I know if I have dependency issues?’ 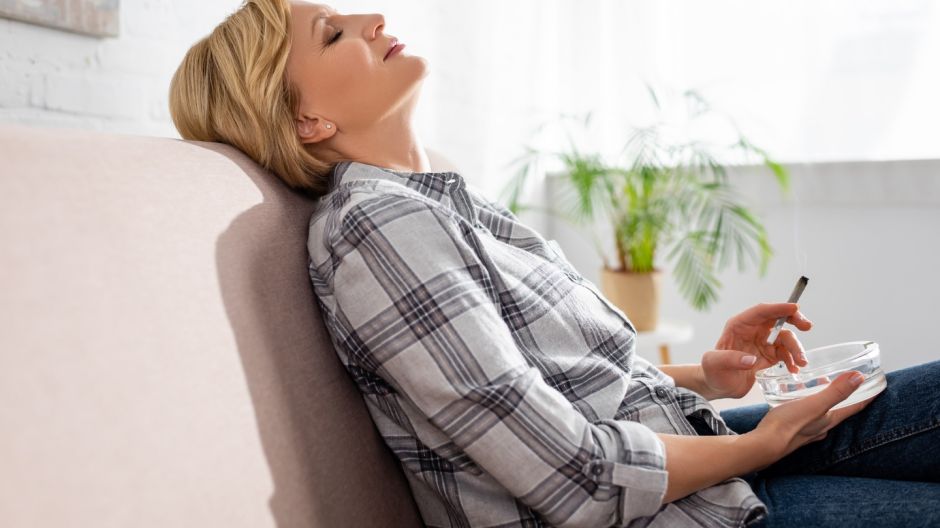 Question: I’m a woman in my mid-30s. I was recently diagnosed with ADHD (attention deficit hyperactivity disorder) and I moved back home with my folks after living in the US for almost two decades. They’re sceptical about my ADHD diagnosis as I wasn’t a “hyper” child and was grand in school and college.

In the US I smoked weed [cannabis] and have been honest with my folks about that and now they think I have substance abuse issues. I think they have internalised stigma about cannabis use because it’s not legal in this country. I’m thinking of moving to a country where cannabis is legal because it’s too stressful to try to find it here, plus there are moral and legal reasons not to [buy it] but maybe that is a sign of dependency?