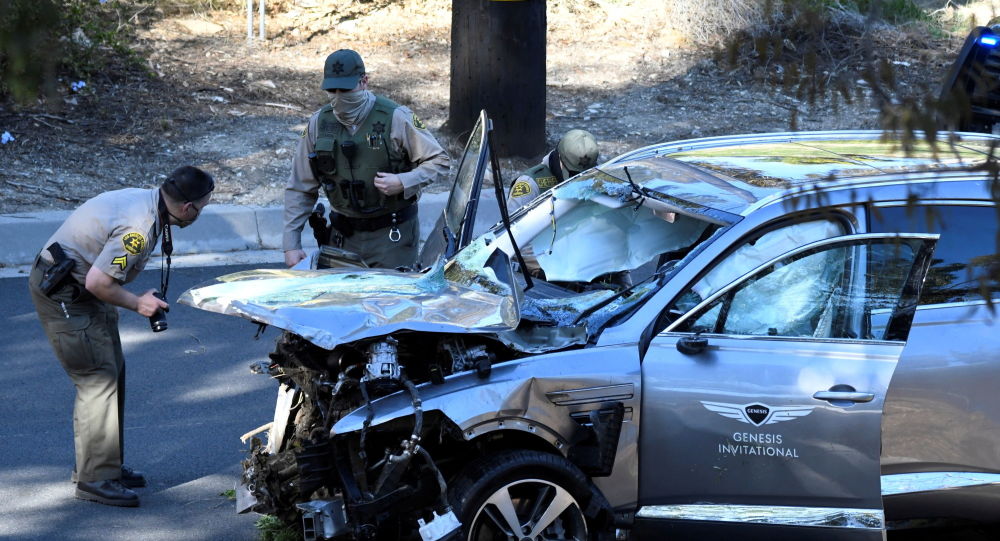 Officials had already indicated that the athlete showed no signs of impairment, and that the car crash was just a bad accident. Woods suffered several orthopaedic injuries in the crash and had to undergo a major operation on his right leg.

The Los Angeles County sheriff said the investigation into Tiger Woods’ car crash has concluded, and the cause has been determined by detectives. However, the details of the investigation will not yet be released because of privacy concerns.

“A cause has been determined, the investigation has concluded. We have reached out to Tiger Woods and his personnel. There’s some privacy issues on releasing information on the investigation so we’re going to ask them if they waive the privacy and then we will be able to do a full release on all the information regarding the accident,’, the Associated Press cited Sheriff Alex Villanueva as saying.

During the investigation, detectives managed to obtain a search warrant for the data recorder, also known as the black box, of Woods’ Genesis GV80 SUV. Sheriff Villanueva confirmed the investigators had all the contents of the box. “It’s completed, signed, sealed and delivered,” the officer told a press conference.

After the conference, the office of LA County Sheriffs posted a message on Twitter, saying that the information on the incident is governed under California Vehicle Section 20012.

The release of accident reports is governed under California Vehicle Code Section 20012. When we are able, we intend to release the information learned during the traffic collision investigation involving @TigerWoods.

Associated Press added, however, that this section of state code does not govern releasing information outside the so-called “accident reports”. The section says such reports must be confidential but still can be disclosed “to any person who may have a proper interest therein.”

​Woods, 45, got into an accident on 23 February when his car flipped after hitting a curb and smashing into a tree. The athlete sustained a number of injuries and was taken to hospital where he underwent surgery.

Britain calls itself a ‘model’ society on race 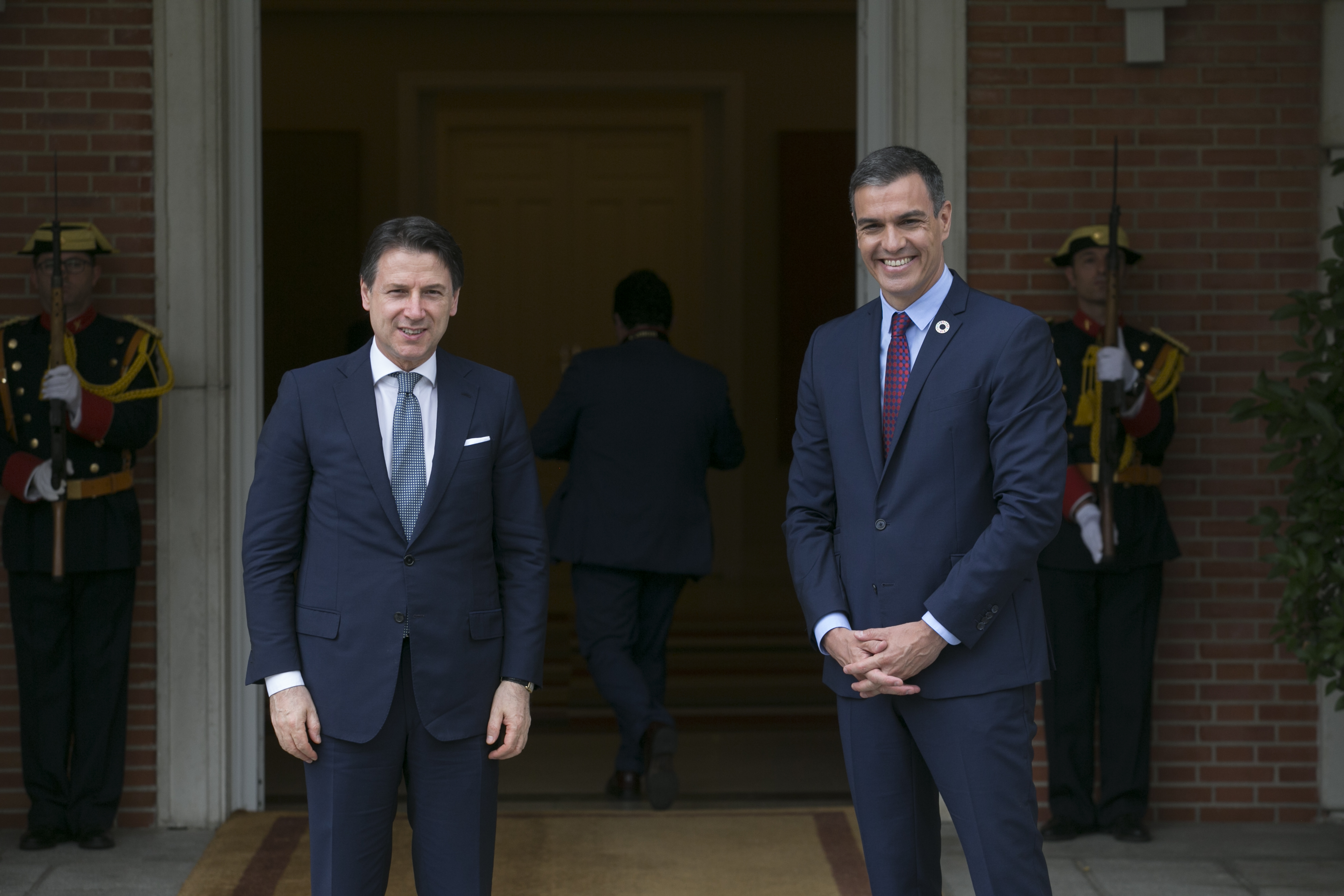 Italy’s prime minister, Giuseppe Conte, was in Madrid on Wednesday for a meeting with his Spanish counterpart, Pedro Sánchez of the Socialist Party (PSOE), to discuss their countries’ joint strategy for an upcoming summit on the European Union’s coronavirus recovery fund.

Spain and Italy, the two European countries to be hardest hit by the Covid-19 pandemic, are joining forces against the so-called “frugal” countries – Austria, the Netherlands, Sweden and Denmark – which oppose the idea of a €750 billion fund, of which €500 billion would be non-recoverable grants and the rest made up of loans.

Sánchez and Conte have shared interests, as their countries stand to benefit the most from the fund, according to Italian and Spanish sources who added that Germany and France back this position as well.

“This time Italy, Spain, France and Germany are clearly in sync. We all support the European Commission’s proposal,” said Spanish sources.

“With the meeting held today with @GiuseppeConteIT we are relaunching relations between Spain and Italy. We agree that the good understanding between our countries must be taken to the political arena. We hope to hold a new Italian-Spanish summit in 2020,” tweeted Spain’s Sánchez on Wednesday.

Conte and Sánchez will be traveling separately in the coming days to the Netherlands and Germany, and the Spanish leader is also planning a stop in Sweden, whose government wants to replace some of the EU fund grants with loans, according to Spanish sources. The Spanish and Italian PMs are hoping to arrive at the July 17-18 summit in Brussels with a strong negotiated position that will leave little room for resistance from the “Frugal Four.”

Wednesday’s meeting also served to reinforce bilateral ties that had been weak for years. The last time that the leaders of both countries had come together was in 2014, when then-prime ministers Enrico Letta and Mariano Rajoy met in Rome.

‘Where should we go?’: thousands left homeless as Karachi clears waterways | Global development

Maqsooda Bibi, 62, did not know the house she had lived in all her life would be demolished, forcing her whole family to become homeless. But on Monday, Pakistan’s supreme court backed the Sindh government in bulldozing her home and hundreds of others, legalising the eviction of thousands who live along narrow waterways – nullahs – that crisscross Karachi.

The verdict came as Bibi and hundreds of others held a protest outside the court. “We hoped that the court would ask the government not to make us homeless, but it did the opposite. Our children also protested on Sunday and urged the supreme court to stop demolition. It seems no one here cares for the future of the poor.”

At least 8,000 houses are being knocked down along the nullahs. The work, which began in February, is in response to the 2020 Karachi floods that saw choked up nullahs overflow and swamp the city. Improvements to Karachi’s water and sewage systems are being financed by the World Bank.

As many as 21,000 children would be out of school and living under the open sky

As people watched their homes being turned into rubble, civil society organisations approached the court to try to stop the evictions. They said the houses were not to blame for blocking the waterways.

But on Monday the supreme court rejected the petition.

While dozens of people told the Guardian they were renting their homes, the court said any leasing of land along the nullahs was illegal. Activists and writers have termed the decision “unjust”. Writer Fatima Bhutto, of the Bhutto political dynasty, tweeted: “The supreme court’s decision is a tragedy.”

In an editorial, Pakistan’s largest English-language daily, Dawn, said: “The demolition of houses situated within nine metres on either side of the Gujjar and Orangi nullahs will continue. When this exercise is completed (before this year’s monsoon, according to the plan), at least 100,000 people would perhaps have been rendered homeless. As many as 21,000 children would be out of school and living under the open sky.”

Bibi’s house was her family’s home for five decades. She shared it with four daughters and three sons-in-law. “We all started living on the lawn after they demolished our house but they will snatch the lawn now. At first, they took our shelter, now they will take our land,” she says.

“We are helpless. Where should we go? We can’t die or live. I had my angiography done and now I can’t work. My children aren’t educated enough. My wife had a paralysis attack,” says Shahid. He says that even he has not got the 90,000 Pakistani rupees (£410) promised by the government.

Muhammad Aslam did receive some compensation for the loss of his house. But he says it is not enough. He says: “I want to return the amount because it is of no use for four families.” He lives with 28 others in one room and a tent after his two-storey house was bulldozed. “We are troubled in all ways, there is no gas or electricity or even sanitation. This isn’t living,” says Aslam.

Architect and urban planner Arif Hasan says the government had no “proper plan”. “They are not doing it merely to stop the flood but to make long roads along the nullahs connecting the Lyari expressway with the northern bypass, displace poor and benefit the rich.” He says the World Bank should denounce the Sindh government, as forced evictions are against the bank’s policies.

Muhammad Abid Asghar was one of the first to lose his home, on 2 February. With others, he established Gujjar Nala victims committee and, with activists of Karachi Bachao Tehreek (Save Karachi Movement), went to the Sindh high court.

After chalking slogans against the demolitions on walls around the city, the activists say they were called by the World Bank team for a meeting in April.

“We had believed the bank was funding the evictions, but the World Bank denied it. They assured us that no leased houses would be bulldozed.”

Sindh minister for information, Nasir Hussain Shah, also says the World Bank is not linked to the evictions. “The government will help residents in rehabilitation,” he says, adding that “not more than 5%” of residents were against the demolition works.

The World Bank did not respond to a request for comment.

The Chinese mission to the EU denounced a Nato statement that declared Beijing a “security challenge,” saying China is actually a force for peace but will defend itself if threatened, AP reports. The Chinese news release said the Nato statement was a “slander on China’s peaceful development, a misjudgment of the international situation and (Nato’s) own role, and a continuation of the Cold War mentality and organisational political psychology.”

British ex-pat, 67, is forced to DESTROY his Spanish home two months after his wife died from cancer