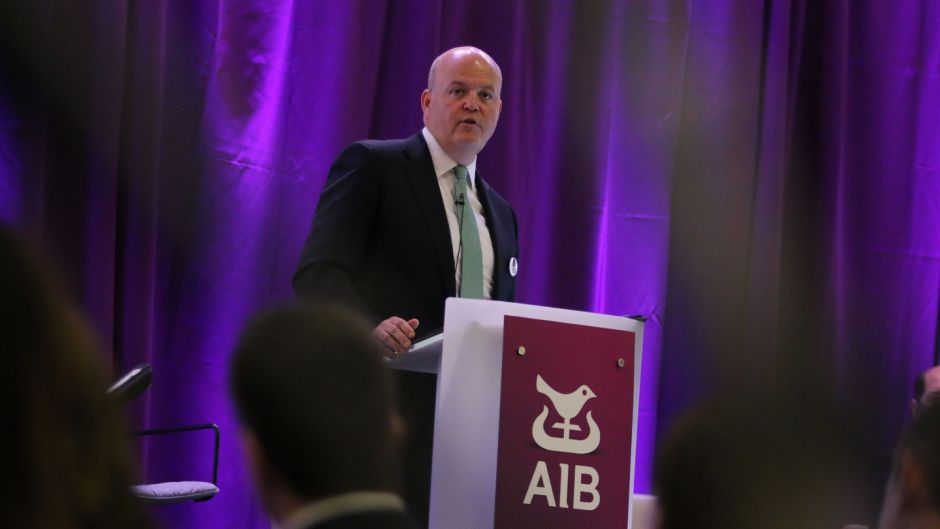 Goodbody Stockbrokers has been told by the Central Bank to have a permanent managing director selected by the time its €138 million takeover by AIB is completed.

This has prompted senior executive Brian O’Kelly, who was being lined up to take on the role of interim managing director as the deal is concluded, to reveal internally in recent days that he plans to leave the stockbroking and wealth management firm once it goes through, according to sources.

It is expected that the purchase will be finalised later this year, subject to regulatory approvals.

Goodbody’s long-standing managing director, Roy Barrett, had already told staff early last month, as the planned transaction was announced, that he would be stepping down as the purchase is completed.

It is understood that AIB has already quietly commenced a search for a permanent managing director for Goodbody, which is expected to look at both external and internal candidates at the bank. Mr O’Kelly, currently co-head of investment banking at the firm, has told AIB that he would not be putting his name forward for consideration, the sources said.

AIB’s chief executive, Colin Hunt, is intent on integrating Goodbody more fully into the banking group – creating more synergies between both – than when the firm was previously owned by the bank for 21 years until early 2011. Mr Hunt was a previous chief economist at Goodbody.

Spokesmen for Goodbody and AIB and a spokeswoman for the Central Bank declined to comment.

Mr Barrett is set to receive about €10.6 million from the sale of his 7.7 per cent stake in Goodbody to AIB, while Mr O’Kelly is poised to get €4.5 million. Goodbody’s 51 per cent owner, Kerry-based financial services group Fexco, will receive all of the €70.4 million it is due on the completion of the deal.

However, management and staff, who own the remainder, will receive an upfront payment of only 60 per cent, with the balance payable over two subsequent years, according to sources. Mr Barrett and Mr O’Kelly are the two biggest staff shareholders.

The Competition and Consumer Protection Commission (CCPC) and Central Bank will each have to approve a deal. Any permanent managing director will have to go through a necessary fitness and probity assessment with regulators.

Minister for Finance Paschal Donohoe signed off on the takeover deal last month to allow Goodbody to continue to pay bonuses to staff, even as its parent will remain subject to an effective ban on variable pay across bailed-out Irish banks.

The deal also envisages 30 AIB corporate finance and wealth management staff transferring to Goodbody Stockbrokers by the end of next year and benefitting from the brokerage’s variable pay policy.

Mr Donohoe said at the time that the staff transfers were necessary for AIB and Goodbody to generate “significant synergies”. However, he said that safeguards are being built into the transaction to ensure that it does not otherwise become a way of getting around bonus restrictions that apply to banks.

Goodbody’s larger peer, Davy, was also put up for sale last month as the firm seeks to rebuild trust in the business and address concerns about former senior executives involved in a bond deal scandal in 2014 remaining as major shareholders.

Bank of Ireland, which owned the majority of Davy between 1988 and 2006, is seen as the most likely acquirer of the business.

Davy has been grappling since early last month with the fallout from a €4.1 million Central Bank fine and reprimand. The firm breached market rules by failing to identify whether a conflict of interest existed as 16 of its employees, including top executives, bought junior bonds in Anglo Irish Bank from a client in November 2014 without disclosing that they were the buyers.

The regulator also found that Davy kept its own compliance officials in the dark on the deal.

Is it possible to power our garden office with solar panels on its roof?