The Netherlands, Belgium, France, Germany and Luxembourg issued a joint statement on Wednesday calling on the European Commission to improve the supervision of biofuels across the European market, after cross-border fraud was detected from the Netherlands, Belgium and the UK. “The biofuel supply chain is international, so supervision needs to be set up accordingly,” they said. These five member states produce the majority of European biofuels. 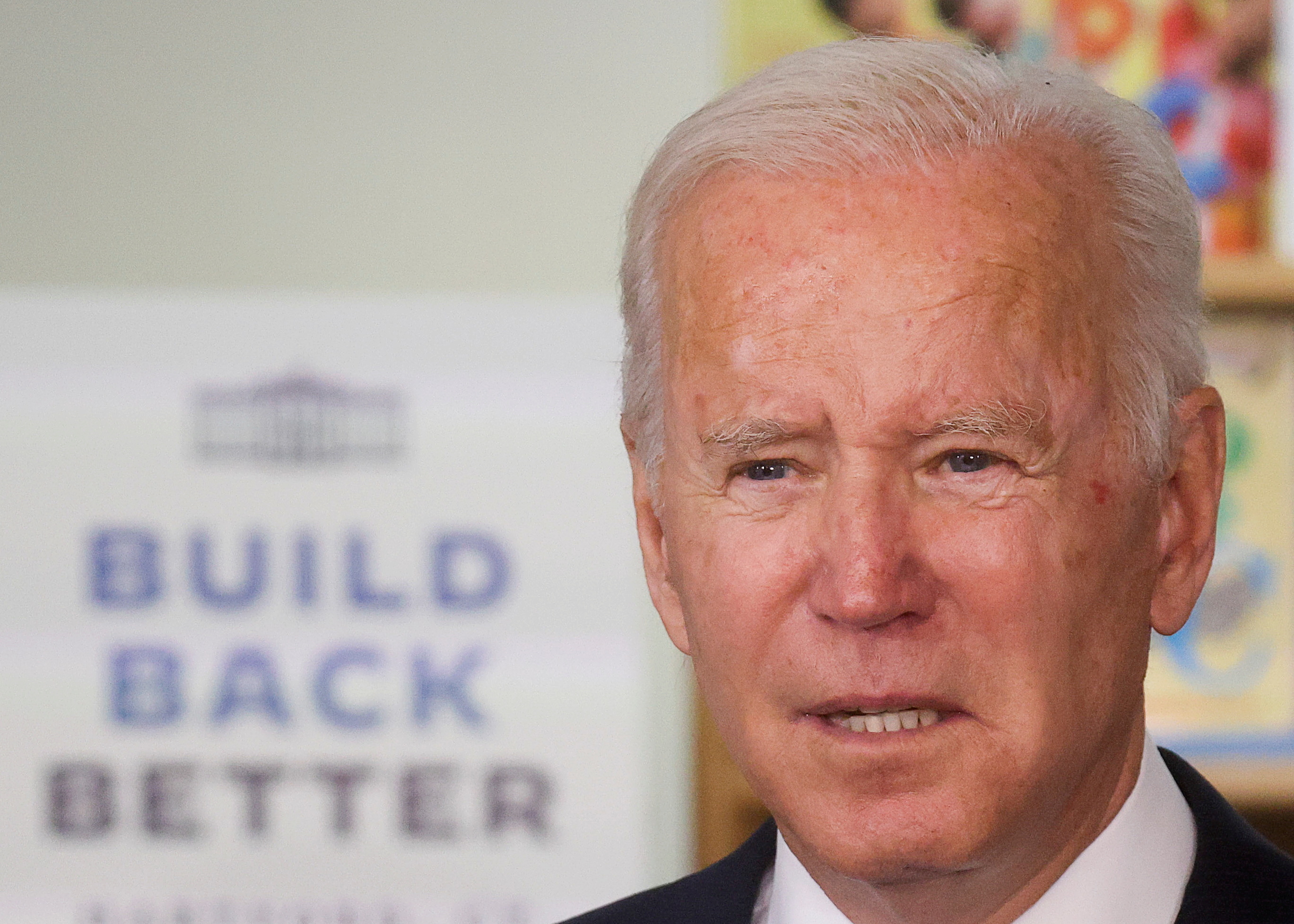 In early October, a group of activists kayaked to the houseboat belonging to US Senator Joe Manchin in Washington to protest his opposition to the Democratic Party’s €3.5-trillion Reconciliation bill, which is a star policy of the Joe Biden administration. This came just days after Senator Kyrsten Sinema was ambushed by protesters during her trip back to Washington.

But neither Manchin nor Sinema are part of the Republican Party’s offense against the bill: they are two moderates in the Democratic Party who are forcing the president to reconsider the reforms. In the meantime, Biden is facing both pressure and disillusionment as his popularity in the polls plummets.

The Democratic Party’s ambitious spending plan, called Build Back Better, involves the largest extension of social-welfare coverage in the United States since the 1970s when Democrat Lyndon B. Johnson was in power. The bill includes a tax credit for children and other dependent family members, extends aid to the elderly and disadvantaged people, and in its current form, funds a raft of sweeping measures aimed at fighting climate change and promoting renewable energy. But it is the environmental side of the plan that Biden is now considering changing due to the complete opposition from Senator Manchin, whose state – the conservative West Virginia – relies heavily on coal mining for employment. The plan is estimated to cost $3.5 trillion (around €3 trillion), but it is likely that it will be cut back to less than $2.5 million.

This is because, unlike former president Lyndon B. Johnson, Biden only has a narrow majority in Congress. In 1965, when Johnson signed the Medicare bill – which established a health-insurance program for the elderly – the Democratic Party had an overwhelming majority in Congress and held control of two-thirds of the Senate. But even then it was difficult to convince the moderate sector to approve the bill. Fifty years later, in 2011, when former president Barack Obama put forward his healthcare reforms, he also had a stronger position than Biden in both legislative chambers: 57 democrats and two independents in the Senate.

Senator Manchin’s opposition to the social-welfare plan is based on fears over rising inflation in the US, an increase of public debt and – something more abstract – concern that it will turn the country “into an entitlement society,” as he stated at the beginning of October. The statement came after he published an opinion poll in The Wall Street Journal called “Why I Won’t Support Spending Another $3.5 Trillion.” In the article, he argues: “Establishing an artificial $3.5 trillion spending number and then reverse-engineering the partisan social priorities that should be funded isn’t how you make good policy.”

Since becoming a senator after the 2020 election, Kyrsten Sinema has defended a bipartisan approach to legislating – a position she has also taken with the Biden administration’s infrastructure bill, which is still awaiting ratification. “The American people are asking for us to take action. What they don’t want to see is us sit on our hands, waiting until we get every single thing that we want,” she said in a radio interview with NPR in August. “That all-or-nothing approach usually leaves you with nothing,” added Sinema, who is the first Democratic senator in the state of Arizona in 30 years.

Both senators raised record sums of money in the third quarter of the year, thanks to large contributions from the oil and gas, pharmaceutical and financial services sectors, according to filings recorded and published by the Financial Times. Manchin raised $1.6 million (€1.38 million), up from $1.5 million ( €1.29 million) in the second quarter and just $175,000 (€150,000) in the first. Meanwhile, Sinema received €1.1 million (€950,000) in donations in the third quarter, a figure narrowly outstripping the second and far from the $375,000 (€322,000) in the first. This is despite the fact that neither of the politicians face reelection until 2024.

In the meantime, the progressive wing of the Democratic Party is starting to lose patience and is also pressuring the White House. “Two senators cannot be allowed to defeat what 48 senators and 210 House members want,” Bernie Sanders, senator for Vermont, wrote in a message on Twitter. “Poll after poll shows overwhelming support for the $3.5 trillion Build Back Better legislation,” he added in a separate tweet. In a similar vein, Pramila Jayapal, the chair of the Congressional Progressive Caucus, said: “Four percent of Democrats are opposing passing the president’s agenda.”

Democrat veteran Nancy Pelosi, the speaker of the House of Representatives, has begun to try to solve the conflict and is preparing lawmakers to accept cuts to the reconciliation bill. “I’m very disappointed that we’re not going with the original $3.5 trillion,” she admitted on October 12. “But whatever we do, we will make decisions that will continue to be transformative.”

The greater debate with respect to the spending plan is over the size of public spending and to what extent the state should intervene in the economy. Biden came to the White House with the message that a monumental crisis required a strong and broad government. The Biden administration has been able to pass new legislation on voting rights at a time when Republican-led states are pushing for restrictions, which in practice, hinder access to minority groups and the disadvantaged. But there are more projects in limbo. The reason is that it is not enough to have a simple majority in the Senate; the Democratic Party needs 60 votes in the 100-seat chamber, but only has 50, plus the casting vote of Deputy President Kamala Harris.

Meanwhile, Biden’s popularity has taken a nosedive. He entered the White House on January 20 with a 57% approval rating, according to respected pollster Gallup. But in August, after six months in power, the figure had fallen below 50%, and in September, the last month for which there is available data, it was down to 43%. This is higher than the approval rating of former US president Donald Trump, which came in at 37% after the same period of time, but is nine points lower than the same figure for Obama. The fall is largely due to the drop in support among independent voters: before the election, 61% of them approved of Biden, compared to 37% now.

Economic uncertainty, an uptick of the coronavirus pandemic over summer and stalled reforms are among the reasons Biden’s popularity is waning. Other factors include the administration’s migration policy, which has maintained some of the most restrictive elements of the Trump era, and the upheaval following the US army’s withdrawal from Afghanistan. With the anniversary of the November 2020 election fast approaching, Biden is hoping that he will be able to pass his star legislation, despite the internal opposition.

Too hot to handle: can our bodies withstand global heating?

The impact of extreme heat on the human body is not unlike what happens when a car overheats. Failure starts in one or two systems, and eventually it takes over the whole engine until the car stops.

That’s according to Mike McGeehin, environmental health epidemiologist at the Centers for Disease Control and Prevention. “When the body can no longer cool itself it immediately impacts the circulatory system. The heart, the kidneys, and the body become more and more heated and eventually our cognitive abilities begin to desert us – and that’s when people begin fainting, eventually going into a coma and dying.”

Polish opposition leader Donald Tusk clashed with Polish propaganda outlet TVP in Warsaw Tuesday. A TVP reporter asked him why Tusk’s party wanted Poland to leave the EU. “This is beyond imagination … I won’t answer such absurdities,” Tusk, whose Civic Platform party is pro-EU, said, before a prickly exchange ensued. TVP also muted MEPs who said Poland should face EU rule-of-law sanctions in its coverage of a Strasbourg debate.

Experience of pandemic in Dublin and London worlds apart