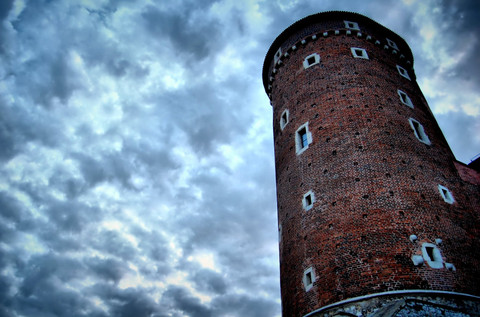 Poland’s ruling party and the Roman Catholic church have put a Polish region at risk of losing €2.5bn by enforcing its anti-LGBTI “declaration”.

The ruling nationalist-conservative Law and Justice (PiS) party openly whipped its delegates at a regional assembly in the Małopolska district in southern Poland, which covers the city of Kraków, into voting to uphold a 2019 declaration that the area was an “LGBTI ideology-free” zone.

A Polish archbishop, Marek Jędraszewski, had also preached in two public sermons ahead of the vote for the PiS delegates to toe the line.

The vote, on Thursday (19 August), saw the declaration upheld by 22 against 15, most of whom came from the opposition, centre-right Civic Platform party, which had called to overturn the old declaration.

The decision came despite the fact the European Commission warned the regional authority in a letter in July that it stood to lose €2.5bn in EU funds in the 2021 to 2027 period if the “discriminatory” text was upheld because it contravened EU values.

“What should we do? Choose pragmatism, realpolitik, as some say, or unambiguously defend our values, honour, genuine freedom?”, Jędraszewski, the archbishop, had said in a sermon on 15 August.

“This shows that, in Poland, in the beautiful, vast region of Małopolska, we stand firmly behind values, behind the family, behind rules which are imperative for Poland, for Europe, to develop,” Czarnek said.

The vote came after a four-hour long debate in which Jan Duda, the father of Polish president and PiS loyalist Andrzej Duda, also spoke out in favour of the anti-LGBTI declaration, which he called Poland’s “Marseillaise”, by comparison to the French national anthem.

“Profanation of holy mass. Everyone saw it. Vandalism of blessed and holy statues … I don’t know who it was, but he walked into church with an axe,” the Małopolska regional assembly’s PiS-party speaker, Witold Kozłowski, also said, referring to an incident in 2019, which he blamed on LGBTI “ideology”, but which, in reality, involved a drunk who had nothing to do with gay rights.

“Be careful what you say. Check your facts, because people are listening,” Daria Gosek-Popiołek, a local deputy from Civic Platform, noted in the debate.

“I wonder what have LGBTI representatives ever done to you [PiS], since you want to exclude them, since you call them an ‘ideology’, even though they’re just people?”, Civic Platform’s Marek Sowa said.

“Once again, the hatred and anger of PiS turned out to be more important than the welfare of [Polish] citizens, and they [ordinary people] will suffer the most from this decision,” Robert Biedroń, an openly gay, left-wing Polish MEP, added in reaction to Thursday’s events.

Declarations on “LGBTI ideology-free zones” have no legal force, but call to ban promotion of homosexuality in public life, especially schools.

They have been adopted by over 100 local authorities, mostly in south-west Poland, under PiS’ patronage and have already led to symbolic cuts in EU funds in some cases.

Meanwhile, the Polish-EU dispute on protection of LGBTI minorities is just one among many, which also cover women’s rights, freedom of the press, judicial independence, the primacy of EU law, and PiS’ xenophobic and eurosceptic rhetoric.

“The Małopolska Region expresses a strong opposition to the emerging public activities aimed at promoting the ideology of LGBTI movements, the goals of which violate the fundamental rights and freedoms guaranteed in the acts of international law, question the values protected in the Polish constitution, and interfere with the social order,” the Małopolska assembly’s 2019 declaration says.

‘Nothing to eat’: Somalia hit by triple threat of climate crisis, Covid and conflict | Hunger

Millions of people forced to leave their homes because of severe drought and powerful cyclones are at risk of modern slavery and human trafficking over the coming decades, a new report warns.

The climate crisis and the increasing frequency of extreme weather disasters including floods, droughts and megafires are having a devastating effect on the livelihoods of people already living in poverty and making them more vulnerable to slavery, according to the report, published today.

Researchers from the International Institute for Environment and Development (IIED) and Anti-Slavery International found that drought in northern Ghana had led young men and women to migrate to major cities. Many women begin working as porters and are at risk of trafficking, sexual exploitation and debt bondage – a form of modern slavery in which workers are trapped in work and exploited to pay off a huge debt.

One woman, who migrated to Accra from northern Ghana, used to farm until the land was ruined by flooding and she was forced to move. For seven years she has worked as a porter (kayayie), carrying items on her head.

She said: “Working as a kayayie has not been easy for me. When I came here, I did not know anything about the work. I was told that the woman providing our pans will also feed us and give us accommodation. However, all my earnings go to her and only sometimes will she give me a small part of the money I’ve earned.”

She dropped a customer’s items once and had to pay for the damage, which she could not afford. The woman in charge paid up on condition that she repay her. She added: “I have been working endlessly and have not been able to repay.”

In the Sundarbans, on the border between India and Bangladesh, severe cyclones have caused flooding in the delta, reducing the land available for farming. With countries in the region tightening immigration restrictions, researchers found that smugglers and traffickers operating in the disaster-prone region were targeting widows and men desperate to cross the border to India to find employment and income. Trafficking victims were often forced into hard labour and prostitution, with some working in sweatshops along the border.

Fran Witt, a climate change and modern slavery adviser at Anti-Slavery International, said: “Our research shows the domino effect of climate change on millions of people’s lives. Extreme weather events contribute to environmental destruction, forcing people to leave their homes and leaving them vulnerable to trafficking, exploitation and slavery.”

The World Bank estimates that, by 2050, the impact of the climate crisis, such as poor crop yields, a lack of water and rising sea levels, will force more than 216 million people across six regions, including sub-Saharan Africa, south Asia and Latin America, from their homes.

The report is a stark warning to world leaders in advance of the Cop26 UN climate summit in Glasgow in November and calls on them to make sure efforts to address the climate emergency also tackle modern slavery. The report says labour and migrant rights abuses are disregardedin the interests of rapid economic growth and development.

Ritu Bharadwaj, a researcher for the IIED, said: “The world cannot continue to turn a blind eye to the forced labour, modern slavery and human trafficking that’s being fuelled by climate change. Addressing these issues needs to be part and parcel of global plans to tackle climate change.”

What to expect in Budget 2022? Small tax cuts and modest welfare increases