Dick and Angel Strawbridge are back on our screens with a television show that sees them help families with DIY dilemmas.

Fans of the couple have followed their journey transforming their derelict property as part of Channel 4’s Escape to the Chateau.

Now they are back in their new series of Make Do and Mend to share the skills they’ve learnt along the way with other families taking on DIY projects. 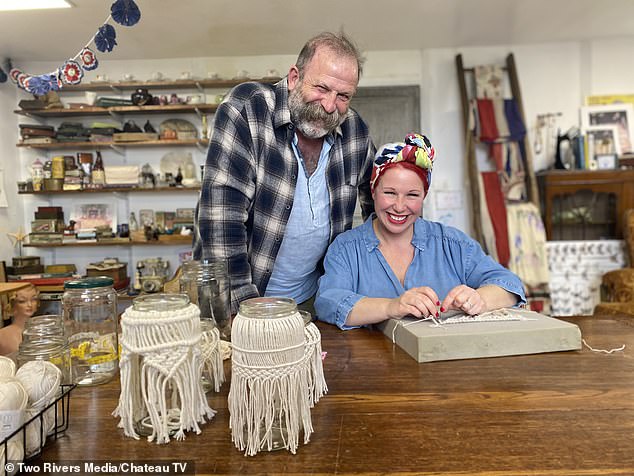 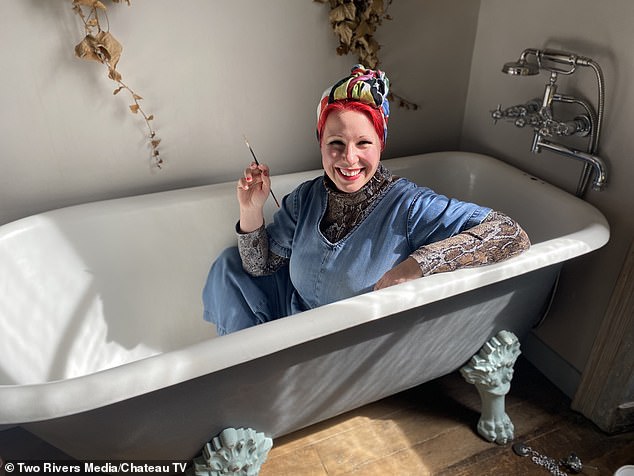 TV viewing: The new series of Make Do and Mend starts on Channel 4 this evening at 9pm

Dick said: ‘It has been great fun working on this year’s series. It has been wonderful watching our contributors grow in confidence and we all share the pride when the job is done.

“‘Make Do and Mend’ came from the mountains of emails we received last summer asking for guidance on a real mix of projects.

‘In addition to sharing a bit of knowledge on “how to,” we’ve discovered that most people just need a bit of support and a nudge in the right direction.

‘Encouragement, and helping them harness their imagination, has produced some amazing results.

‘We believe everybody can do anything, you just have to give it a go, and all those we’ve worked with have proven us right.’ 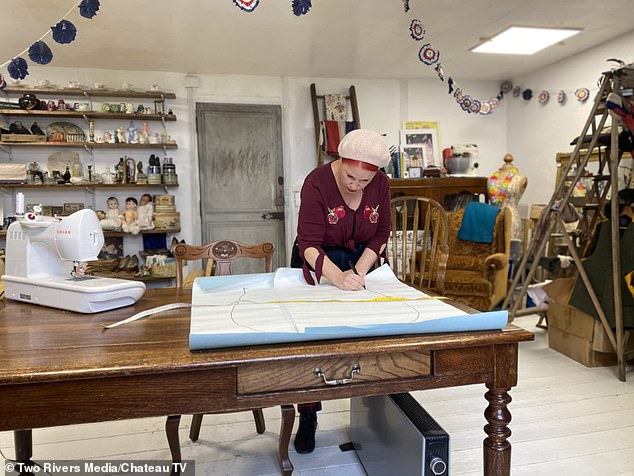 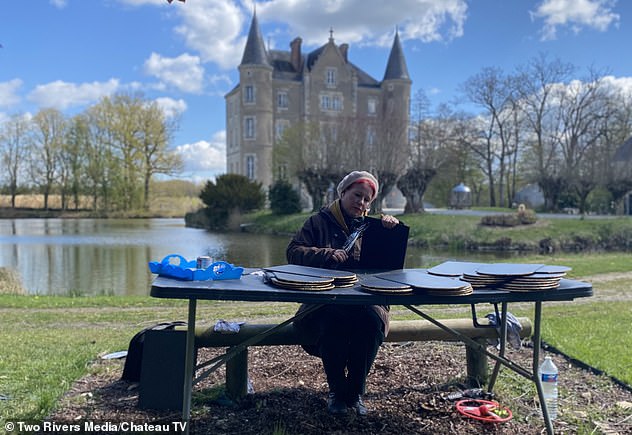 During the show, we see Kate, 36, a retail manager, and Erik, 35, a coffee roaster, want to bring back a sash window back to life.

British-born Kate and Swedish Erik met 11 years ago when they both worked for the same retail fashion company.

A few years ago, they set up a new life in Gothenburg. They loved their Scandi lifestyle but when their daughter came along three years ago, they headed back to Britain to raise a family and found a rented property.

They both worked two jobs and grafted away until they could afford a deposit for their dream home – a four-bedroom Victorian fixer-upper. 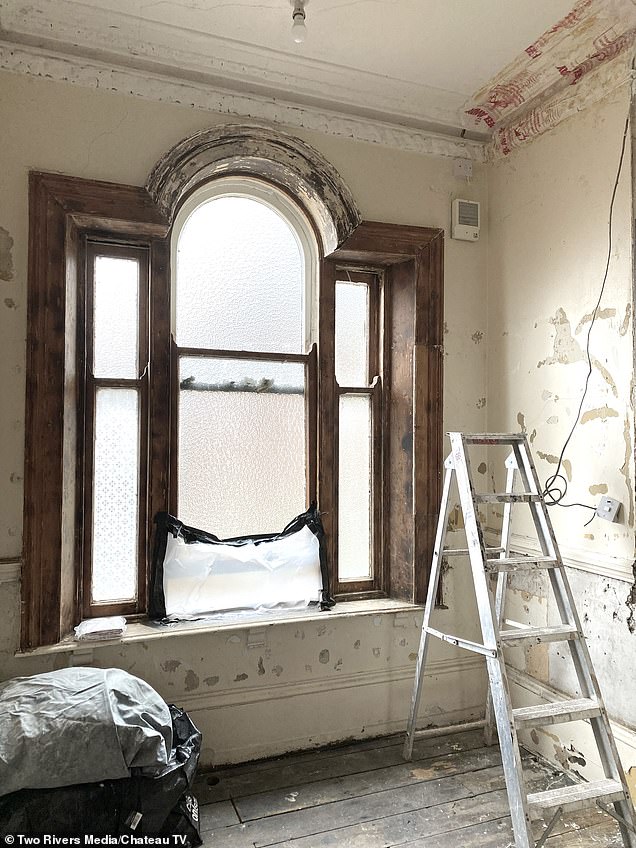 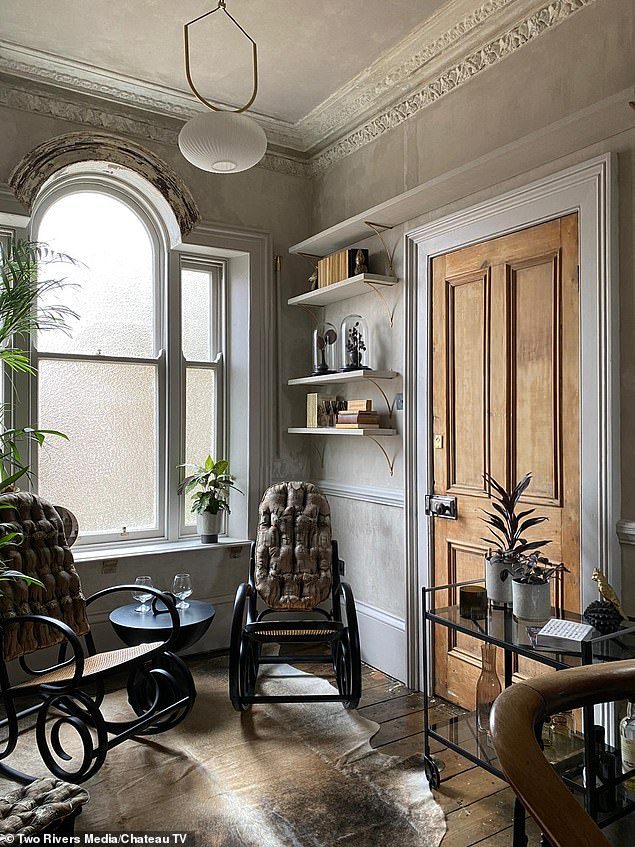 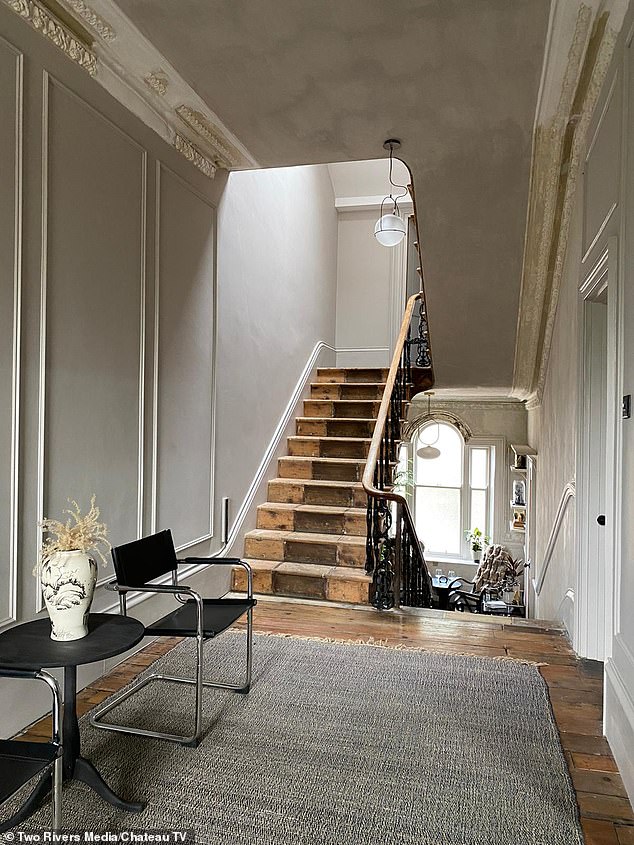 The house was falling apart with holes in the floors and leaks, but the couple soon learned new skills such as plastering

Erik moved in first in late 2019 to make sure the house had a functioning kitchen and a bathroom before Kate and their daughter joined him a few months later.

The house was falling apart with with holes in the floors and leaks. But the motivated couple didn’t let the project daunt them, and they learned new skills such as plastering from YouTube.

They are slowly restoring the glory of their period home with two out of the four floors almost completely finished.

They’ve only recently sorted out a bedroom for themselves and had previously been sleeping with cardboard boxes stacked high around their bed to keep the heat in. 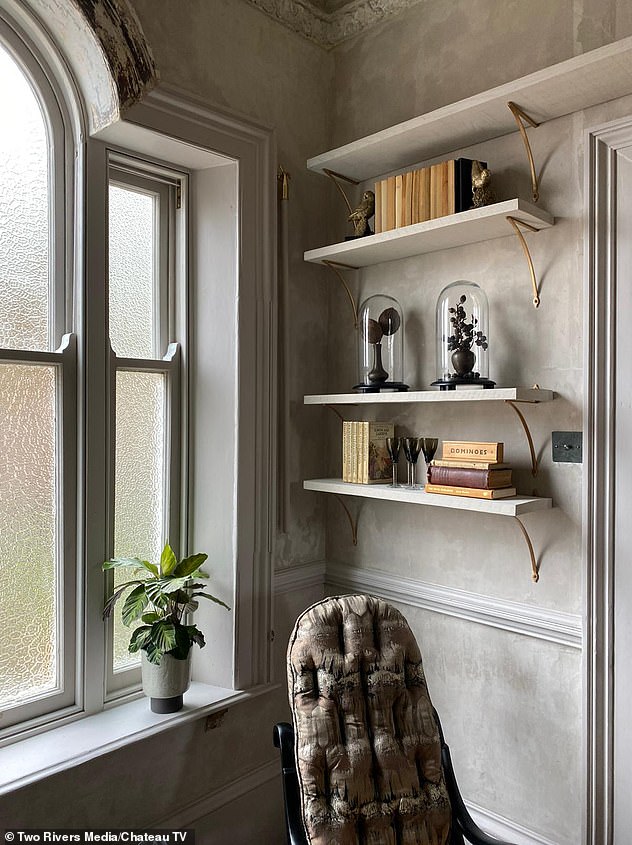 Making a change: The landing has a beautiful period sash window as its centrepiece

In the middle of the house is a landing with a beautiful period sash window as its centrepiece.

The window had the potential to be a focal point in the house, but the sash window wasn’t fully operational, and they had no idea how to fix it.

The show sees them calling on Dick and Angel to help restore the window to its former glory.

Dick and Angel wanted to restore its sash mechanism so it can be opened and closed with just a fingertip.

They loved the potential of the landing area surrounding it and thought they could help transform it from a dead space into something that is both functional and magical. 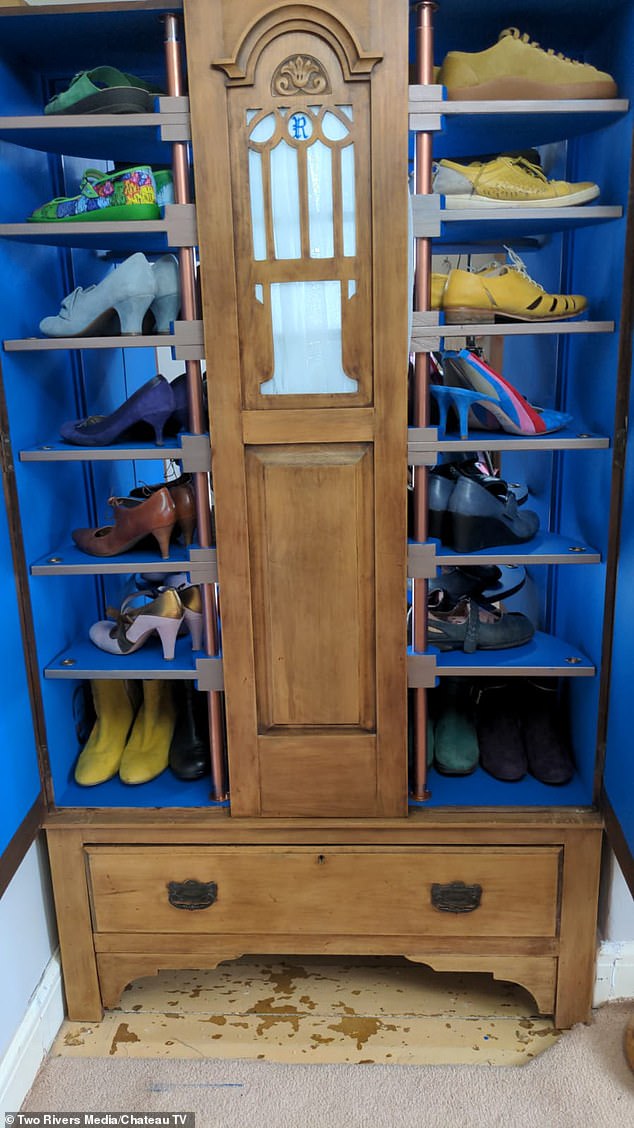 Susanna inherited a wardrobe from her grandparents, where she houses her shoe collection in plastic boxes 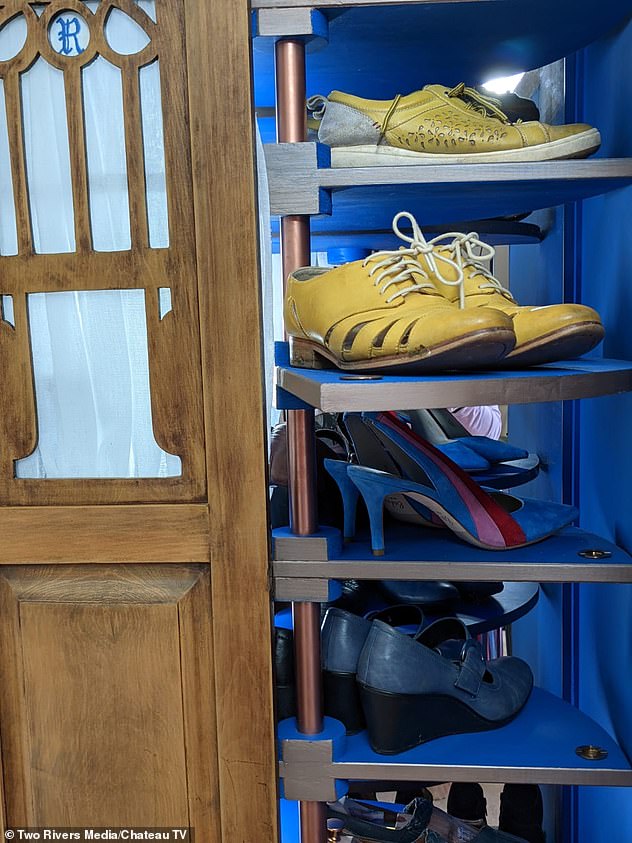 The TV show also sees Susanna, 56, call on help from the Strawbridges with a DIY dilemma.

The librarian inherited a wardrobe from her grandparents, where she houses her shoe collection in plastic boxes. She wanted to turn it into her dream shoe closet.

Susanna lives in Wales and has a passion for shoes. She always loved the wardrobe as a child but it has seen better days.

Susanna started stripping the varnish off but gave up after only doing the front. It was in serious need of a re-vamp.

Susanna wanted to create a shoe closet, but had no idea where to start. During the show, she allows Dick and Angel to can come to her rescue.