ECE has launched its inaugural European residential real estate fund and successfully raised equity commitments from renowned institutional investors, including two large highly reputable German insurance groups. With the capital raised in the first closing, the fund plans the purchase of investments with a volume of over €350m. Further capital commitments from institutional investors will be raised in the coming months. The strategic partner for the residential build-to-rent investments of institutional investors in the newly launched fund is the specialized Group company ECE Living. It is supported in concept and product design as well as in capital raising by the investment banking boutique Victoria Partners.

In a first step, the fund portfolio will comprise two build-to-rent properties in Leeds and Manchester with a total of 974 residential units that are already fully let and well established in the market. Further expansion of the portfolio through acquisitions of properties in various major European cities is already in the pipeline.

“With our new ECE Better Living Europe Fund, we are successfully expanding the investment spectrum managed and offered by ECE to include investments in modern, sought-after residential properties,” said Henrie W. Kötter, Managing Partner of ECE Living. Jan-Hendrik Walloch, also Managing Partner of ECE Living, added: “The fact that we succeeded in raising high capital commitments from renowned investors in the current market environment with rising interest rates and costs, high inflation and a growing uncertainty is a great success and speaks for the quality of our product and the sustainability of this concept.”

How can we protect our share of a property if we split up?

How to create a reading nook for children in your home

Nooks to inspire a love of books: It’s easy to create a space for little ones to pick up a page-turner

By Gareth Rubin For The Daily Mail

Children’s books should be enjoyed in private. They should be read under the covers by torchlight after the grown-ups think you’ve gone to sleep; or hidden in treehouses with a supply of chocolate biscuits – anywhere where monsters, pirates and school chums can climb through the window.

Every child should have somewhere to fall into a book. A book nook, if you will. And it doesn’t take a lot of effort to create one. 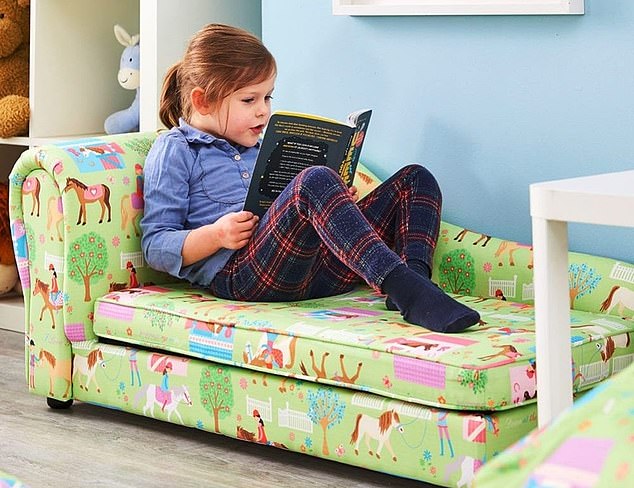 Reading space: A simple small chaise longue can create a comfortable spot for young ones to enjoy books

‘Enclosed, cosy and full of soft, warm light, the best reading dens provide the perfect launchpad for a child’s imagination.’

Here are some suggestions.

You can go Princess And The Pea by curtaining off a little cranny with a swirling, regal canopy from The Handmade Scandi Company. These come in pink, white, lavender or ‘cloud’ and cost £56.

For added twinkle, string fairy lights around and switch off the main light. Hey presto: stars in a night sky.

Looking for a canopy in bolder colours? The Rainforest Reading Corner Canopy from TTS Group will brighten up the reading corner (£71.99).

Find an existing little cranny and put it to good use. Throw in a few cushions, put up some bookshelves and string a curtain across so the mini-reader can shut him or herself away.

The Kura bed curtain from Ikea comes with windows so your offspring can pop their head out from time to time (£25). 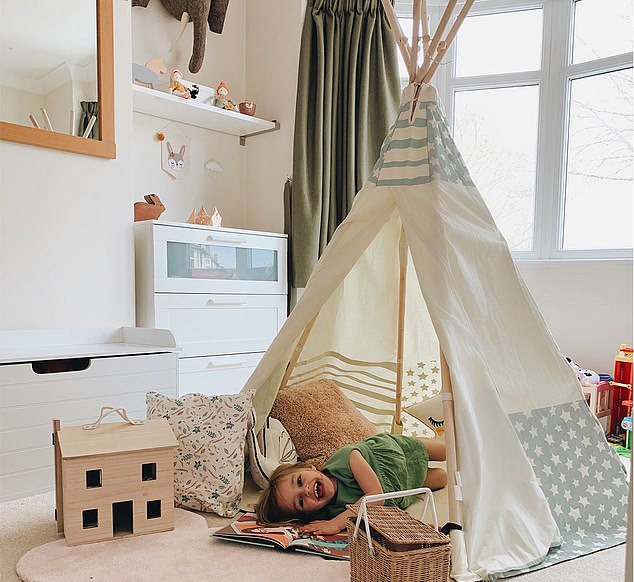 In their own world: Clambering into a tepee in the corner of the bedroom feels like an adventure in itself

Clambering into a tepee in the corner of the bedroom feels like an adventure in itself. And the little reader can fall asleep among the pages.

Argos sells a lovely bear-themed tepee made by Chad for £40. Or if you want to build a tepee together, just six bamboo poles and bedsheets held in place with clothes pegs will do the trick.

Natural light is great, especially for picture books. If you have a big window and can construct some seating around it, it makes a fab place to read of derring-do while staring out to imagine the action. If the window isn’t low down, a ladder up to the seat will add to the fun.

Make furniture comfy and a bit flexible. Your offspring may want to read sitting up or lying down, so some kind of small chaise longue should work well.

The Handmade Sofa Company’s child-size chaise range is from £425.

Or if you prefer something that looks like a miniature armchair and pouffe, John Lewis’s £72 Stardust bean bag chair and footstool will look stylish.

Add a desk, and encourage the child to respond to the book — writing their own sequel starring themselves. Ikea’s Micke costs £50.

To kit it all out in matching style, The Great Little Trading Company has a series of themed book storage boxes, display racks, rugs and bean bags.

Or, if space is limited, you can buy ready-made seat/storage combos, such as the Children’s Bookcase from Little Helper for £97.

Savings of the week! Throws 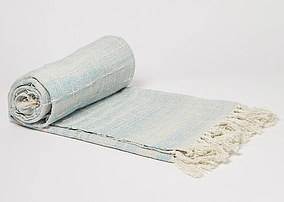 You can call a throw a rug or a blanket — which takes its name from a weave first made by Thomas Blanket (Blanquette), a Flemish weaver who lived in Bristol in the 14th century.

But, whichever you choose, you are sure to be snug in bed, or on your sofa if you select one of the reduced price options in cosy fabrics.

The Cotswold Company has a moss grey, chunky-knit blanket reduced from £55 to £40.

Wayfair’s wide range includes the Christy Oslo throw in the same chunky grey knit, down from £80 to £66.99.

Faux fur is set to be hugely popular this winter. But if you don’t feel the cold, but want to add colour to a room, Habitat’s Paloma knitted cotton throw comes in cobalt blue and saffron yellow. Its price is £17.50, a saving of £20 (argos.co.uk).

Macquarie Capital Principal Finance has provided €123.4m in the form of a senior secured loan to DL Invest Group. The three-year facility will be funded using capital from Macquarie’s balance sheet. The loan is secured against 10 modern logistics assets across Poland, comprising of 193,000m² constructed by DL Invest Group over the last 5 years and is fully let to major international companies.

Alexi Antolovich, Global Co-Head Real Estate, Macquarie Capital Principal Finance said: “This transaction demonstrates Macquarie’s ability to utilise its balance sheet to find capital solutions to support its clients, notwithstanding a challenging macroeconomic environment. This transaction involves a strong portfolio managed by an excellent team at DL Invest Group. We are pleased to support DL Invest Group’s continuous growth and believe this is the first transaction of a fruitful collaboration over the years to come.”

Dominik Leszczynski, CEO of DL Invest Group commented: “We are delighted to unlock capital for our next stage of growth as a tenant orientated developer and long-term investor-owner of assets. Macquarie was pragmatic throughout the process, in a period of heighted volatility for Polish capital markets. We worked together to create a bespoke transaction that allows DL Invest Group to continue its strong investing track record.”

What will stamp duty changes mean for your house-moving plans?

The headlines this week have centred on mortgage mayhem and interest rates — but there’s one piece of good news to consider.

Thousands of house buyers completing their purchases in the past seven days have already benefited from the stamp duty cut announced by Chancellor Kwasi Kwarteng in his controversial mini-Budget, and property website Zoopla says 43 per cent of all homes on the market now attract no stamp duty at all.

The Government says the cut will help stimulate the flagging economy and there are some signs that it’s working. 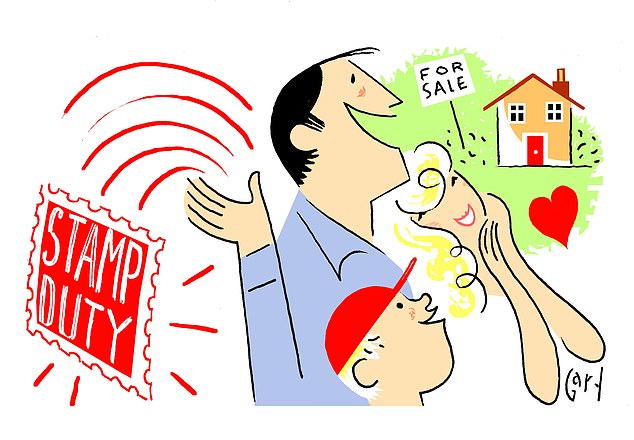 Savings: Thousands of house buyers completing their purchases in the past seven days have already benefited from the stamp duty cut

Rightmove says visits to its house sales adverts soared 10 per cent just after the mini-Budget and the number of sales agreed on Tuesday this week was the highest in one day since early August.

The website says this week’s fall-throughs — the number of sales collapsing — are entirely in line with long-term averages.

So with all eyes on the housing market, here’s what’s changing and what’s not…

What are the new stamp duty rates?

Are they the same for first-time buyers?

After this week’s furore, will the change be reversed?

Highly unlikely. The change kicked in as the Chancellor spoke on September 23, so thousands have already benefited.

And Liz Truss doubled down on the cut ahead of this weekend’s Tory party conference, telling the BBC she is ‘very clear the Government has done the right thing’ by taking action ‘to deal with inflation, to deal with the economic slowdown and to deal with the high energy bills’.

Will the cut send prices soaring?

Again, highly unlikely. First, £2,500 is a handy sum but not enough to convince people not already intending to buy. 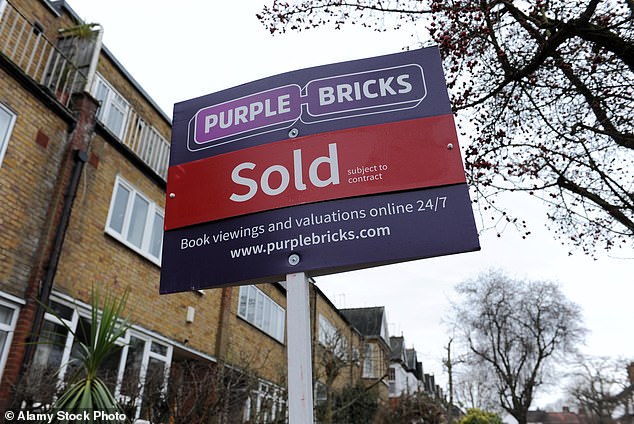 Second, it’s a permanent cut, not the temporary holiday we saw in the pandemic, so people don’t have to rush to buy immediately.

And, third, there are many more homes on sale today than earlier this year, so demand isn’t far ahead of supply and price rises are moderating.

Could sellers put up their asking prices?

It’s possible — and some will — but this is unwise. With fears that interest rates could hit 6 per cent next year, buyers are very cost-sensitive right now. An unreasonable asking price will mean your home sits on the shelf for months.

Will the cut be wiped out by higher interest rates?

Forty per cent of mortgage deals have been withdrawn temporarily — most will return with higher costs.

But, remember, government figures show 36 per cent of homes are owned outright with no mortgage.

Of the rest, it’s estimated three-quarters are on fixed interest rates so won’t see an immediate rise in costs.

For buyers from these groups, the stamp duty saving is genuine and not lost in higher mortgage repayments.

I’m planning to downsize — is there any help for me?

Afraid not. Many housing experts want stamp duty to be tapered to incentivise older owners to move to smaller homes, freeing up bigger houses for families.

But apart from the Chancellor’s blanket change in the threshold at which duty kicks in, there’s nothing customised for the retiring or older homeowner.

With the cost of living crisis, these groups aren’t seen as a priority. So while they save up to £2,500 like everyone else, the 3 per cent stamp duty surcharge on buy-to-lets and weekend cottages introduced back in 2016 stays in place.

And, this week, Labour hinted there might be further taxes on landlords if it wins power.

What’s going on in Wales and Scotland?

There’s no change to Scotland’s Land and Buildings Transaction Tax, but a budget north of the border on October 24 may change all that.

The Netherlands: Nicaragua’s Daniel Ortega escalates diplomatic crisis with US and Europe | International

Alejandro G. Iñárritu: ‘To migrate is to die a little’ | Culture