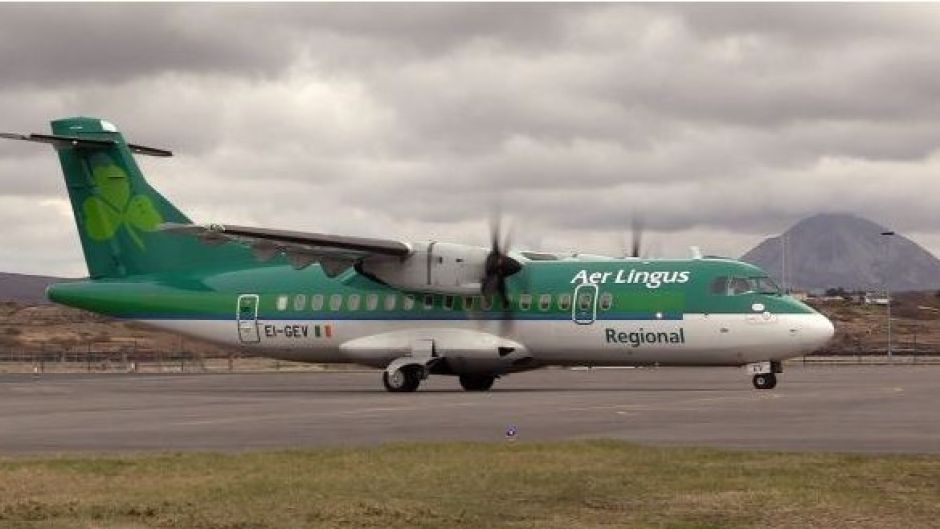 Regional flights to Donegal and Kerry should resume by the middle of July, Minister for Transport Eamon Ryan has said.

The Green Party leader said the Government has been in contact with a number of different airlines about restoring routes linking the counties with Dublin after the collapse of Stobart Air.

Both routes are subsidised by the State under Public Service Obligation (PSO) contracts.

Airlines interested in taking over the two routes are to be approached next week before a “judgment call” is made on the most suitable operators.

Mr Ryan said he expects them to be in place by “mid-July”.

Where can I watch Switzerland’s Euro 2020 matches in Zurich? 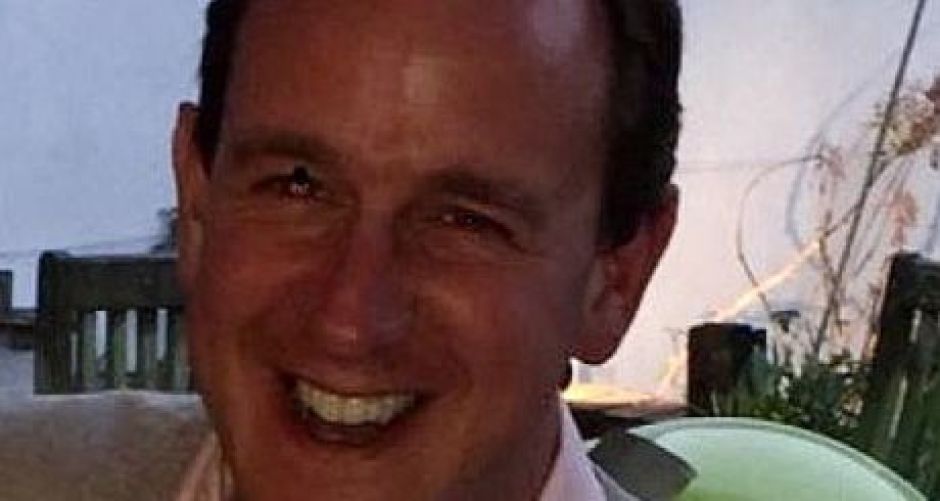 The wife of a Dublin businessman detained in China for almost three years has called on Minister for Foreign Affairs Simon Coveney to travel to Beijing to plead directly for his release.

Richard O’Halloran, a 46-year-old father of four, has been blocked from leaving China since February 2019 over a legal dispute involving a Dublin-based aircraft leasing firm he works for.

His wife Tara said she had not received contact from anyone in Government or the Department of Foreign Affairs since November and she is concerned about the lack of progress in efforts to find a solution to the commercial dispute and secure Mr O’Halloran’s release.

She told The Irish Times that her children had to endure “third Christmas on FaceTime” with their father and his parents, who are in their 80s, “fear they are never going to see him”.

“We are very much at a place where we don’t know what else to do. We are really now pulling on the Government to try and do something immediately. It is nearly three years,” she said.

“We need some action. We are just asking that Simon Coveney go to China and meet face-to-face with the foreign minister or whoever it needs to be. Nothing is working that they have done in the past. We are in a place where we are really desperate.”

Last May, Mr Coveney met Chinese foreign minister Wang Yi in Guiyang, China as part of Ireland’s two-year membership of the UN Security Council and used the opportunity to raise the case of the businessman.

Mr O’Halloran travelled to Shanghai almost three years ago in an attempt to resolve a commercial dispute involving the Chinese owner of China International Aviation Leasing Service (CALS), the aircraft leasing company he works for.

The dispute centres over Min Jindong, the chairman and main shareholder of CALS, and his raising of funds from Chinese investors to buy an Airbus aircraft that predates Mr O’Halloran’s employment with the company. The airplane has been leased to a Finnish airline.

Mr O’Halloran testified as a witness in the prosecution of Min for fraud. The Dubliner is not suspected of any wrongdoing, nor has been charged with any crime.

The Chinese authorities are demanding the money used to buy the plane be returned to Chinese investors and Mr O’Halloran has been prohibited from leaving the country.

CALS is not in a position to repay the money. A proposal made by Irish businessman Ulick McEvaddy, who became a director of the company to try to secure Mr O’Halloran’s release, offered to make monthly payment’s to the Chinese authorities from the aircraft’s lease income.

Mr O’Halloran’s brother David wrote to Mr Coveney and other politicians last week calling for the the Government to “forcefully” demand his release through Irish, EU and UN channels.

“David came over at Christmas time to visit the family and he was just so upset by the effect that this has had on everybody,” said Tara O’Halloran.

Echoing her brother-in-law’s plea in his letter, she said her husband’s situation was “not a commercial matter or legal matter anymore – it is a human rights matter”.

Her husband was in “a very low place” and felt “abandoned,” while her children are “absolutely devastated” as they had hoped their father might have been home before Christmas.

A spokesman for the department said it was “very actively engaged” on Mr O’Halloran’s case and continued to provider consular advice, support and assistance to him.

“The department remains fully committed to this case and will remains until Mr O’Halloran is permitted to return to Ireland,” he said.

“As with all consular cases, it would not be appropriate to discuss the specific details of the case.”

Gardaí investigating the murder of national school teacher Ashling Murphy have carried out searches of properties in Dublin and Co Offaly.

Both properties are understood to be linked to a man believed to be the chief suspect in the 23-year-old’s murder.

Ms Murphy was killed by strangulation as she was jogging along a stretch of canal near Tullamore on Wednesday afternoon.

The man attended a Dublin hospital on Thursday in the company of a family member where he received treatment for what doctors initially believed were self-inflicted wounds.

He remains in hospital under Garda supervision while detectives await medical clearance to interview him.

It is not clear when he will be physically and mentally assessed for interview but gardaí were hopeful this will happen imminently.

The Irish Times understands this suspect has lived in south Dublin and in the midlands, where he has family members.

His family members have told gardaí they do not believe he is capable of committing such a crime.

One property in Co Offaly, near Tullamore, has been searched. Gardaí in Dublin have also searched another house in south Dublin.

Gardaí are confident they are nearing a breakthrough in the investigation and that DNA evidence will prove crucial in their inquiries.

Gardaí believe Ms Murphy, a talented musician from the townland of Blueball just outside Tullamore, tried to fight off her attacker, resulting in the man who killed her leaving forensic evidence at the scene.

Forensic evidence was used to exonerate a man arrested on Wednesday in Tullamore and he was released without charge late on Thursday night.

Gardaí have examined the crime scene, a Falcon Storm mountain bike they suspect was used by the killer, Ms Murphy’s remains and the clothes she was wearing when she was killed.

They believe when the forensic results yielded from those examinations are cross-checked with any suspects it will prove instrumental in catching the killer.

The Falcon Storm bike they believe was used by the killer on their way to the scene was recovered after and is now a crucial piece of evidence in the case.

The killer was also seen by a number of people at the scene and statements have been taken from those eyewitnesses.

Gardaí are investigating a complaint from another woman who has told them she was followed on the canal tow path where Ms Murphy was killed about two hours before the murder.

Gardaí are also examining CCTV footage recorded around Tullamore on Wednesday looking for images of anyone riding the Falcon mountain bike.

Sources expressed satisfaction with how that part of the investigation was progressing. Gardaí have appealed to anyone who travelled between Tullamore town centre and the wider approach roads to Grand Canal Way around Cappincur on Wednesday to come forward.

They are especially keen to speak to anyone with footage of road users, including CCTV, dashcam, GoPro or mobile phone images.

Thousands of people attended vigils for Ms Murphy on Friday and over the weekend across the country. There was also a vigil held at the London Irish Centre in Camden on Saturday afternoon. 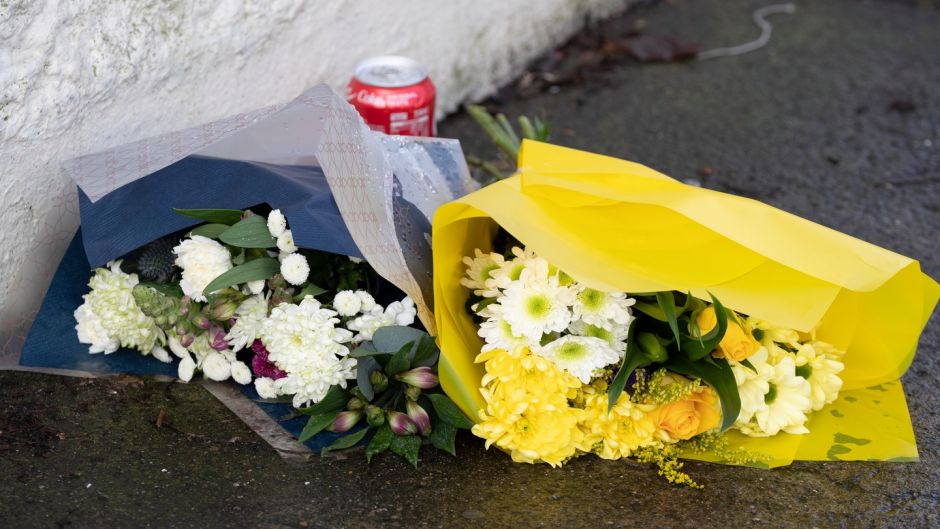 Michael Tormey, a father-of-three who was shot dead outside his home in Ballyfermot, Dublin, last Sunday, was remembered as a “gentle giant” during his Funeral Mass.

Mr Tormey, who had no known links to crime, was shot outside his home on Thomond Road in the early hours of the morning. The 49-year-old had worked as a security doorman and salesman.

Family, friends and other mourners gathered for his Funeral Mass in Our Lady of Assumption Church in Ballyfermot on Saturday.

Speaking at the Mass, his brother Brian described Mr Tormey as a “big teddy bear,” who was always generous. He recalled growing up how his brother had bought him his first Manchester United jersey. “I wore it to threads, I’ll always remember that,” he said.

Mick, as he was known, “loved belting out the tunes” on karaoke, his brother said. “He was nice, and he had nothing but laughter, I can’t understand why this was done,” he told those gathered.

Shauna, his daughter, also spoke about how her father loved to sing, and remembered how he “would sing Phil Collins with me until we had no voice left”.

She told mourners of memories of her father teaching her how to ride a bicycle, and roller blade in Marley Park, and of their favourite snacks.

Kaitlyn, his step-daughter, said when Mick came into her mother Amy’s life six years ago, he “changed our lives for the better”.

Fr Adrian Egan, who delivered the Funeral Mass, said Mr Tormey was a “gentle giant,” who did not have “a bad bone in him”. His life was “brutally” taken outside his own front door, he said.

He was known to be able to “talk for Ireland,” with a trip down to the shop taking upwards of two hours, on account of him stopping to chat with people along the way, he said.

The family had been “overwhelmed” by the support of the local community in Ballyfermot in the days after the killing, Fr Egan said.

Space missions to watch out for in 2022