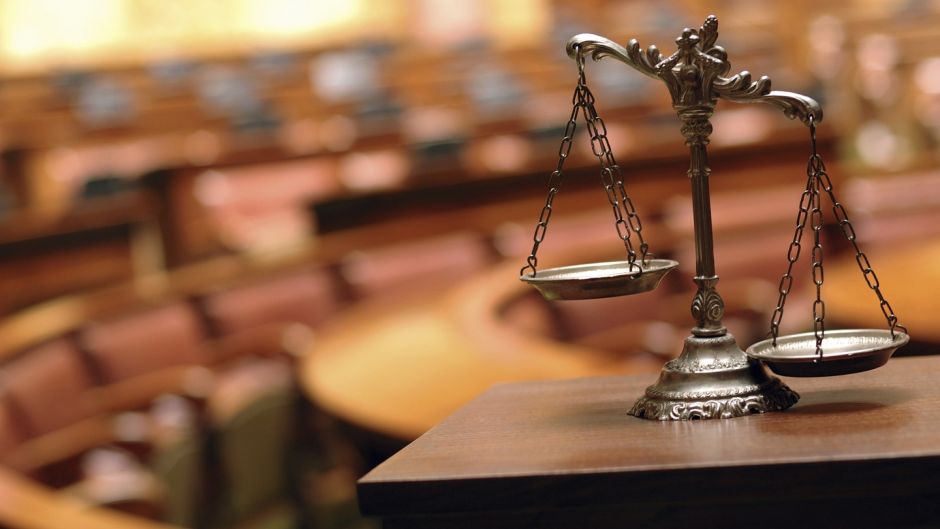 A construction company and its owner who admitted failings in the death of a worker who fell from a defective scaffold have been fined €40,000 and €5,000 respectively.

Andezej Buraczewski fell to his death from the fourth level of a scaffolding structure, Dublin Circuit Criminal Court heard on Friday.

The construction company owner on the site – Colin Wendel – had sought permission from the architect to have that particular level built by a scaffolding company for a price of €500, but the architect told him to have his own workers build it instead.

A subsequent report on the scaffolding found there were a number of defects, it wasn’t in compliance with regulations and “nobody should have been standing on it”, inspector Frank Kerins from the Health and Safety Authority (HSA) told the court.

Colin Wendel (38), with an address at Patrician Villas, Stillorgan, pleaded guilty to one count of failing to ensure his employees were not exposed to risk at Highfield Road, Rathgar, Dublin, on October 24th, 2016 – specifically that the scaffold was unstable and improvised guard rails fell apart. He has no previous convictions.

A guilty plea was entered on behalf of his company, Colin Wendel Development Ltd, to one count of failing to ensure its employees were not exposed to risk, leading to a person suffering an injury and dying.

In a victim impact statement read out by counsel in court, Mr Buraczewski’s widow said her husband was a “wise, hardworking and scrupulous man” and a devoted father to his son and stepson.

She said her “whole world fell apart” the day he died.

“Nothing will ever be the same as it used to be,” she said. “I lost my ground and my sense of stability. Time passes but it doesn’t heal the pain.”

Mr Kerins told Sinéad McMullan BL, prosecuting, that Wendel was carrying out renovation works on the Highfield Road property and arranged a number of subcontractors to carry out various jobs. A three-storey scaffolding structure was put in place by a specialist scaffolding company.

When it became apparent that a fourth level would need to be added to the scaffold, Wendel got a quote of €500 from the same scaffolding company to complete the work. When Wendel approached the architect, Bryan O’Rourke, who also owned the property in question, Mr O’Rourke told Wendel to use his own employees to build it instead.

On the day of his death, Mr Buraczewski and two other workers from a roofing company that had been contracted by Wendel Construction started work on the house. Shortly after they arrived, Mr Buraczewski fell from the fourth-level platform. He died instantly.

Mr Kerins said the scaffold platform was resting on a scaffold tube and as a result the boards were higher than standard and the guard rails were too low.

Ronan Kennedy SC, defending, said that when Wendel was instructed to use his own workers to construct the scaffold he was “confident the work could be done safely”.

In the days leading up to Mr Buraczewski’s death, both Wendel and his father stood on the fourth-level platform and neither of them noticed anything was amiss.

Mr Kennedy said following the fall Mr Buraczewski was discovered wearing just one boot – the other was later found on the roof of an adjacent apartment building, which was higher than the scaffold platform. His laces were open and the laces were shortened, the court heard.

Mr Kennedy said it was also possible the scaffold had been tampered with, possibly in order to bring up materials. He added that he didn’t want to speculate.

The court heard Wendel had €20,000 of his personal money to give Ms Buraczewski as a token of his remorse.

In a statement read out by Mr Kennedy, Wendel said he wanted to apologise to Ms Buraczewski. “The grief I feel for you and your family is real and I will take it to my grave,” he said. “From the bottom of my heart, I am truly and deeply sorry for what occurred.”

Passing sentence, Judge Martin Nolan said what had happened was a “pure accident”. “I think the weakness in this scaffold wasn’t obvious to all parties who used it.”

He accepted Wendel was genuinely remorseful and had been badly affected by the accident. “I think Mr Wendel is a moral man with a good conscience,” he said.

He ordered Wendel to pay a €5000 fine on top of the €20,000 for Ms Buraczewski and he ordered the company to pay €40,000. He extended his condolences to Mr Buraczewski’s family.

Everything You Think You Know About Russia Is Wrong 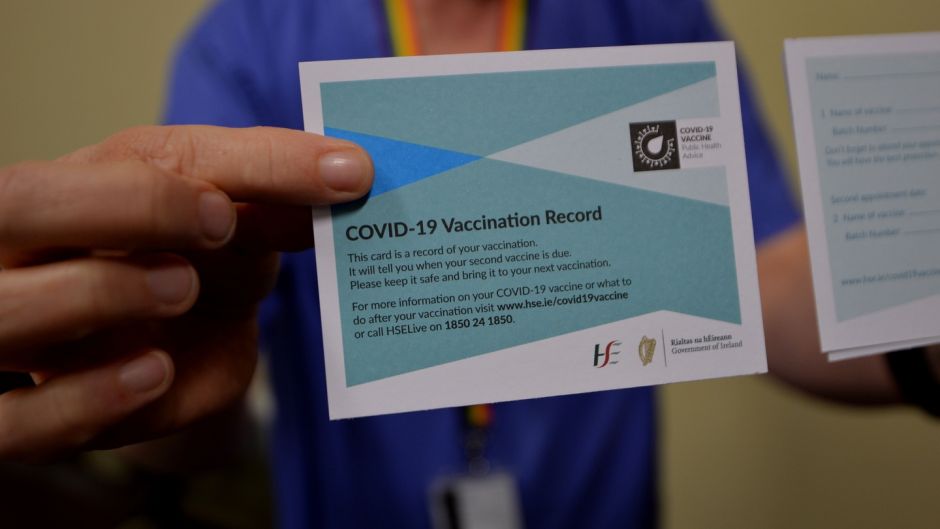 Ireland is running low on loopers. If we don’t watch out, we could emerge from the pandemic with our reputation for wildness completely shredded. We are in danger of being exposed as the sanest people in Europe.

Vaccines go into the arm, but also into the brain. They are a kind of probe sent into the national consciousness. In Ireland’s case, the probe has discovered exciting evidence of intelligent life.

According to Austria’s Kronen Zeitung newspaper, a teacher used a doll to explain “how sex works” to the children, while also encouraging them to use their hands and fingers on the doll.

She said she wanted to “enlighten” the children about aspects of sex education. The children in the class were between the ages of six and ten.

The teacher also explained to the children that “condoms should be used if you don’t want to have babies”, the newspaper reports.

One boy was told to remove the clothes of the doll but refused before being told that he had to do so.

The boys parents removed him from the school, saying that he was “overwhelmed” after the class and had started touching his sister inappropriately.

“We have never seen our son like this before, he was completely overwhelmed” the parents said anonymously, “we are taking him out of the school.”

“We can already see the consequences.

“A few days after these disturbing lessons, a classmate came to us to play. Like many times before, the boy also played with our ten-year-old daughter. This time he suddenly wanted to pull her pants down.

Peter Stippl, President of the Association for Psychotherapy, said that while sex education was crucially important, it needed to be age appropriate in order to be effective.

“(This type of sexual education) scares the children! They get a wrong approach to the topic and their natural limit of shame is violated,” he said.

“Sex education must always be age-appropriate and development-appropriate. Many children are six, seven or eight years old – or even older – not interested in sexual intercourse.

“We should never explain sexuality in schools in isolation from love and relationships. It makes you feel insecure and afraid. It harms the development of children.”

The Austrian Ministry of Education will now set up a commission to determine who will be allowed to teach sex ed in schools.

The city of Vienna is also investigating the specific incident.

Madrid’s famous Retiro Park and Paseo del Prado boulevard have been added to UNESCO’s World Heritage List. The decision, made on Sunday, brings the total number of World Heritage Sites in Spain to 49 – the third-highest in the world after Italy and China.

Up until Sunday, none of these sites were located in the Spanish capital. The Madrid region, however, was home to three: El Escorial Monastery in Alcalá de Henares, the historical center of Aranjuez and the Montejo beech forest in Montejo de la Sierra.

Spanish Prime Minister Pedro Sánchez celebrated the news on Twitter, saying it was a “deserved recognition of a space in the capital that enriches our historical, artistic and cultural legacy.”

Retiro Park is a green refuge of 118 hectares in the center of the city of Madrid. Paseo del Prado boulevard is another icon of the capital, featuring six museums, major fountains such as the Fuente de Cibeles as well as the famous Plaza de Cibeles square.

For the sites to be granted World Heritage status, Spain needed the support of two-thirds of the UNESCO committee – 15 votes from 21 countries. The proposal was backed by Brazil, Ethiopia, Russia, Uganda, Nigeria, Mali, Thailand, Kyrgyzstan, Oman and Saudi Arabia, among others.

Prior to the vote, the International Council on Monuments and Sites (ICOMOS), the organization that advises UNESCO, had argued against considering the Paseo del Prado and Retiro Park as one site, and recommended that the latter be left out on the grounds that there were no “historic justifications” for the two to be paired.

This idea was strongly opposed by Spain’s ambassador to UNESCO, Andrés Perelló, who said: “What they are asking us to do is rip out a lung from Madrid. El Prado and El Retiro are a happy union, whose marriage is certified with a cartography more than three centuries old.” The origins of Paseo del Prado date back to 1565, while Retiro Park was first opened to the public during the Enlightenment.

The ICOMOS report also denounced the air pollution surrounding the site. To address these concerns, Madrid City Hall indicated it plans to reduce car traffic under its Madrid 360 initiative, which among other things is set to turn 10 kilometers of 48 streets into pedestrian areas, but is considered less ambitious than its predecessor Madrid Central.

The 44th session of the World Heritage Committee took place in the Chinese city of Fuzhou and was broadcast live at Madrid’s El Prado Museum. Perelló summed up the reasons to include Retiro Park and El Paseo de Prado in less than three minutes.

“When people say ‘from Madrid to heaven’ [the slogan of the Spanish capital] I ask myself why would you want to go to heaven when heaven is already in Madrid,” he told delegates at the event, which was scheduled to take place in 2020, but was postponed due to the coronavirus pandemic.

Every year, UNESCO evaluates 25 proposals for additions to the World Heritage List. In the case of the Paseo del Prado and Retiro Park, the site was judged on whether it evidenced an exchange of considerable architectural influences, was a representative example of a form of construction or complex and if it was associated with traditions that are still alive today. The famous park and boulevard sought to be inscribed on the UNESCO list in 1992, but its candidacy did not reach the final stage of the process.

The effort to win recognition for the sites’ outstanding universal value began again in 2014 under former Madrid mayor Ana Botella, of the conservative Popular Party (PP), and was strengthed by her successor Manuela Carmena, of the leftist Ahora Madrid party, which was later renamed Más Madrid. An advisor from UNESCO visited the site in October 2019.