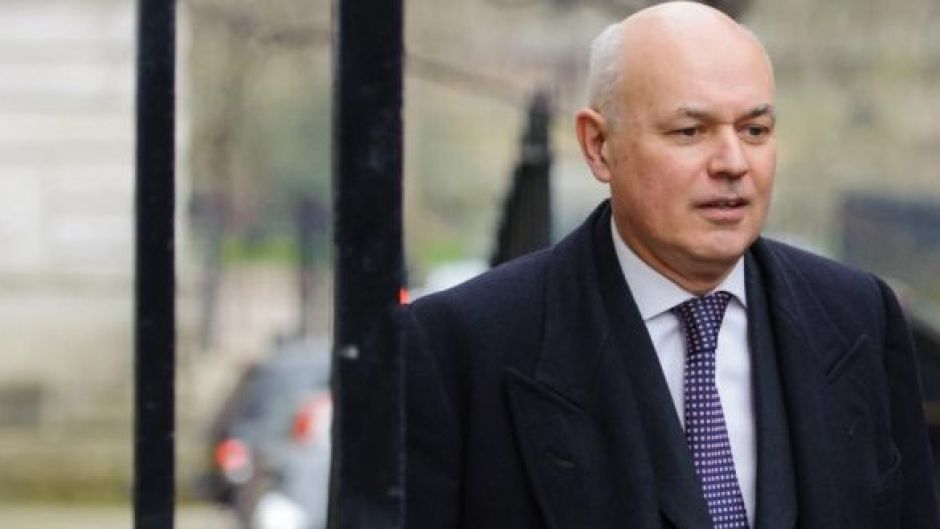 China has sanctioned organisations and individuals in the United Kingdom over what it called “lies and disinformation” about Xinjiang, after Britain imposed sanctions for human rights abuses in the western Chinese region.

The Chinese foreign ministry said in a statement that it sanctioned four entities and nine individuals, including the former Conservative party leader Iain Duncan Smith and the Conservative party’s own Human Rights Commission.

Other individuals named were MPs Tom Tugendhat (who chairs the foreign affairs select committee), Neil O’Brien, Nus Ghani and Tim Loughton; as well as two members of the Lords, David Alton and Helena Kennedy QC. The barrister Geoffrey Nice and a Uighur expert at Newcastle University, Joanne Nicola Smith Finley, were also on the list.

Mr Duncan Smith said early on Friday that he would wear the sanction like a “badge of honour”.

“It’s our duty to call out the Chinese Govt’s human rights abuse in #HongKong & the genocide of the #Uyghurs,” he said on Twitter. “Those of us who live free lives under the rule of law must speak for those who have no voice. If that brings the anger of China down on me, I’ll wear that badge of honour.”

Ms Smith Finley also responded on Twitter, saying: “It seems I am to be sanctioned by the PRC (Chinese) government for speaking the truth about the #Uyghur tragedy in #Xinjiang, and for having a conscience.

“Well, so be it. I have no regrets for speaking out, and I will not be silenced.”

Under the sanctions, targeted individuals and their immediate family members were prohibited from entering Chinese territory, the ministry said, adding that Chinese citizens and institutions would be prohibited from doing business with them.

The move is a retaliation to a co-ordinated set of sanctions imposed by the United States, EU, Britain and Canada against Beijing, citing human rights violations against the Uighur Muslim minorities in Xinjiang. Beijing had already applied retaliatory sanctions against the EU.

Activists and UN rights experts say at least 1 million Muslims have been detained in camps in Xinjiang. The activists and leaders in the west accuse China of using torture, forced labour and sterilisations.

China has repeatedly denied all accusations of abuse and says its camps offer vocational training and are needed to fight extremism. “China is firmly determined to safeguard its national sovereignty, security and development interests, and warns the UK side not to go further down the wrong path,” the Chinese ministry said. “Otherwise, China will resolutely make further reactions.”

Retaliation from Beijing was expected after the British ambassador to China, Caroline Wilson, was summoned this week by the Chinese foreign ministry to hear “solemn representations” about the UK sanctions imposed for the mass detention of Muslim minorities.

The Chinese deputy foreign minister Qin Gang said after the meeting that China would take appropriate steps in response.

China acted immediately against the EU after its foreign affairs council on Monday imposed sanctions on the same four Chinese officials and the Xinjiang Production and Construction Corps Public Security Bureau.

China had advance warning that the bloc was about to act, so may have prepared its countermeasures in advance. By contrast there had been no prior warning the UK was going to end its resistance to imposing sanctions over human rights abuses against Uighur Muslims in Xinjiang. – Guardian/Reuters

Give your garden a cracking new look for Easter