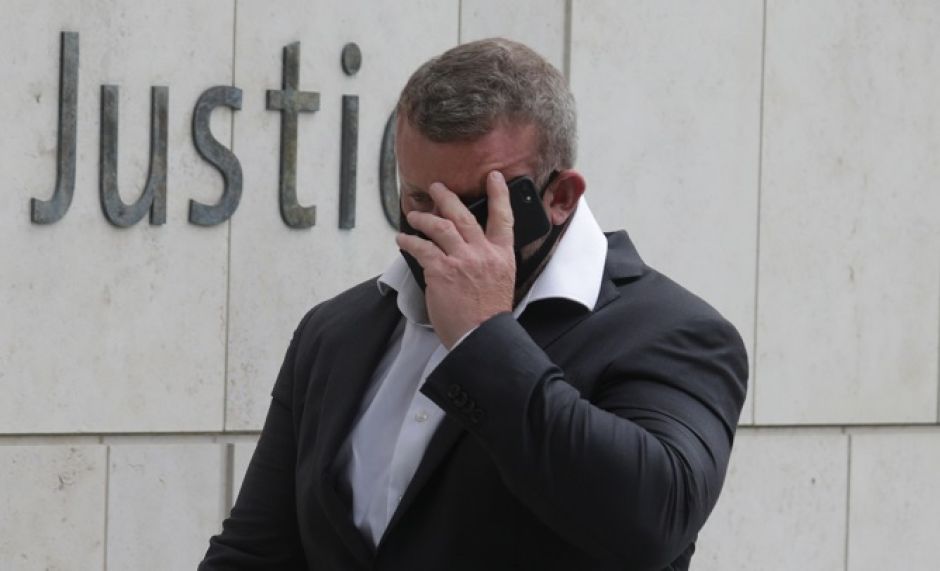 A trusted, high level member of the Kinahan cartel who was caught with more than €350k in crime cash has been sentenced to seven years in prison by the Special Criminal Court.

Jason Reed (40) was also found to have five luxury Rolex watches, an encrypted Aquarius phone and to have purchased a mobile home for cash, despite having no source of income.

Reed pleaded guilty last month to money laundering and possessing the proceeds of crime at a car park on Donore Road, Drogheda, Co Louth, when he was in possession of €289,770 in euro and £62,025 (€70,207) in cash in a blue Nike bag on the same date.

Mr Justice Hunt said that the organisation trusted Reed with “significant” amounts of money and that he assisted a “pernicious organisation to enjoy the fruits of their destructive activities”.

The judge said that Reed “enjoyed the trust of this serious criminal organisation which was in the background in this case”.

Mr Justice Hunt said that Reed’s behaviour, unlike his convicted co-accused Catherine Dawson, was “not a one-off but representative of a course of conduct”, as shown by the use of an encrypted phone, vacuum-packing equipment and a secret compartment in his car operated by a remote key fob.

The judge noted that Dawson, the recipient of a bag of money from Reed, while under Garda surveillance drove a car that had a prominent logo for a care-home service on it.

The judge said that the court did not accept Reed’s explanation to gardaí that he bought the encrypted phone in Tesco as the supermarket did not sell them.

Mr Justice Hunt set 10 years as the appropriate headline sentence for both offences for Reed, who appeared in court wearing a full-length, blue sanitary apron and face mask.

The judge said that the maximum imprisonment for money laundering offences was 14 years.

Giving credit for Reed’s guilty plea and lack of relevant convictions, Mr Justice Hunt sentenced Reed to seven years on both charges with both to run concurrently.

Speaking outside the Criminal Courts of Justice after the sentencing, Detective Chief Superintendent Angela Willis said that money is the root of organised crime and that gardai are focused on the assets of major crime gangs.

“Money is the bedrock of organised crime. It is why criminals become involved in serious crime, involving guns, drugs and murder. It is why An Garda Síochána are focussing on the assets and the money belonging to major organised crime gangs,” said Det Ch Supt Willis.

The National Garda Drugs and Organised Crime Bureau chief said: “Organised crime gangs will always try to recruit people that are not known to the guards – people who don’t have criminal convictions – but moving money that are proceeds of organised crime is not a victimless crime and the court has recognised that here today.”

Are your home renovations REDUCING the price of your property?