Hundreds of people are being turned away from vaccination centres in Zimbabwe as the country’s supplies of China’s Sinovac vaccine appear to have run out, triggering panic that the government is failing to acquire new stocks.

While the government said that it had taken delivery of more medicines in recent weeks, centres in Harare have not had any stocks for nearly a week and there is growing anger at the failure to communicate acute vaccine shortages, which are being reported around the country.

In Bulawayo, authorities last week suspended vaccination programmes due to a lack of vaccines.

At Wilkins hospital in the capital, Harare, people demanded an explanation from the matron after nurses turned away dozens of people who had arrived for their second dose of Sinovac.

The hospital, Harare’s leading Covid-19 referral centre, is now administering only India’s Covaxin jab, the uptake of which remains low among Zimbabweans.

With a population of 14.6 million, Zimbabwe aims to vaccinate 10 million people. It received 1.5m doses from China, while India donated 35,000 shots of Covaxin.

Many at Wilkins hospital this week were afraid their first dose would lose effectiveness without the second.

The chief coordinator of Zimbabwe’s Covid-19 response, Agnes Mahomva, said: “We have heard such stories of shortages but we asked the Ministry of Health to do an assessment on the ground. All clinics got quantities that are proportional to their size but some moved vaccines faster than others. So the Ministry of Health is currently doing the redistribution of vaccines. Any minute from now we should hear from them.”

Previously a bustling centre vaccinating hundreds of people daily, Wilkins now operates one inoculation table where Covaxin is being administered.

“We only had the second dose sometime last week. We spend most of the time sitting, there is nothing to do. If you see such large centres running dry, it is almost certain that [smaller] polyclinics also do not have any vaccines,” a nurse said.

Mernard Makotore, 50, travelled about 40 miles from Darwendale, a town west of Harare, to get his second vaccine.

“I came here very early only to be told at 8am that there are no vaccines. I was supposed to have come on 20 May, but my mother passed away so I could not get the vaccine. We are getting into the cold season and cases are starting to rise again. The government needs to do something fast,” Makotore said.

“Why did they give us the first dose, if they knew that the second dose would not be available,” he added.

Claudina Maneni, 43, had come with her 70-year-old mother.

“I have been coming here for the past five days and they are telling me the same story. I came here again at 4am with my elderly mother, she desperately needs her second dose because of travel. The minister of finance assured us that he was going to buy more vaccines but there is nothing,” Maneni said.

“We hear that vaccines are now being sold in private practices. This is the corruption that we do not want. Zimbabweans should never tolerate such incompetence.”

Despite initial scepticism about the Sinopharm and Sinovac vaccines, Zimbabweans have been commended by their president, Emmerson Mnangagwa, for overcoming their hesitancy in the past month. He also gave assurances that more vaccines were on their way.

Experts say the government should speed up vaccination as winter may bring more cases, with fears that a third wave could bring the already precarious economy to its knees.

Spain travel restrictions update: Spain to welcome global travelers from next week, but they must have been vaccinated 14 days previously | Economy and Business

‘There are no clean countries’, EU chief prosecutor says 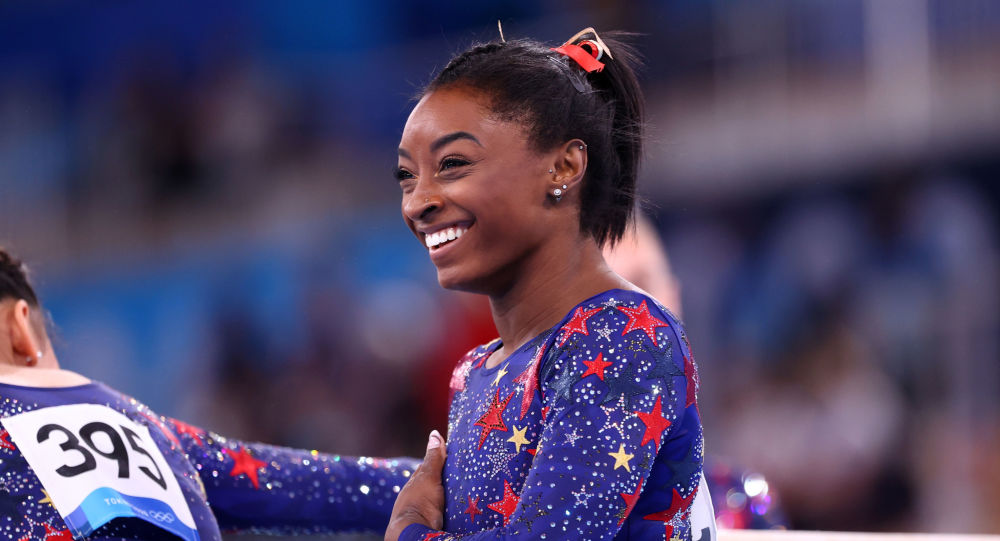 US gymnast Simone Biles received immense support from Americans this week after announcing she would not be competing in the Team USA final, nor the women’s individual all-around gymnastics final, due to personal mental health concerns. At the same time, the 24-year-old has received backlash from many individuals who viewed her pull-out as weak.

Aaron Reitz, deputy attorney general for Texas, took to Twitter on Wednesday evening to issue an apology to Biles, and recant a statement in which he panned the record-setting US gymnast as a “national embarrassment.”

“In a moment of frustration and disappointment, I opined on subjects for which I am not adequately versed. That was an error. I can’t imagine what Simone Biles has gone through,” Reitz claimed. “Simone Biles is a true patriot and one of the greatest gymnasts of our time.”

“I apologize to her, and wish her well,” the deputy AG concluded, emphasizing that his “personal social media comments” do not represent the views of Texas Attorney General Ken Paxton, nor the Office of the Attorney General.

Reitz’s since-deleted tweet against Biles, who was born in Texas and still resides in the Lone Star State, quoted another post that applauded the 1996 Olympic performance of Team USA gymnast Kerri Strug. Strug, one of the US’ “Magnificent Seven,” severely injured her ankle during the first half of the vault competition, but refused to bow out of the event and ultimately led her team to win the US’ first gold medal in women’s gymnastics.

“Contrast this with our selfish, childish national embarrassment, Simone Biles,” Reitz said in his quote tweet.

Aaron Reitz is the deputy attorney general for legal strategy under AG @KenPaxtonTX.

This tweet, in which he calls fellow Texan Simone Biles a “national embarrassment,” came outside of work hours but he often tweets hot takes between 9a-5p.

The deputy AG’s attempt at using Strug’s story to chastise Biles fell flat, as the two-time Olympian threw her support behind the 24-year-old on Tuesday.

Furthermore, it is worth noting that Biles is no stranger to performing with adversity. When the US Women’s Gymnastics team took home gold at the 2018 World Championships in Qatar, Biles dominated in nearly every competition, despite intense stomach pains from what was later confirmed to be a kidney stone.

Despite her pull-outs this year, Biles has continued to root for her fellow Team USA gymnasts. She also expressed in a Wednesday social media post that “the outpouring [of] love & support I’ve received has made me realize I’m more than my accomplishments and gymnastics which I never truly believed before.”