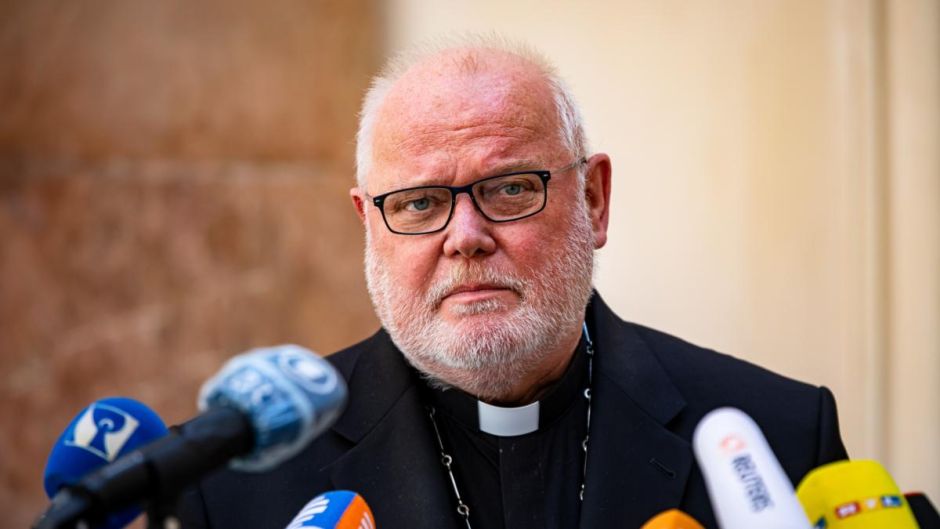 Pope Francis on Thursday rejected German cardinal Reinhard Marx’s resignation as archbishop of Munich over the Church’s sexual abuse crisis, saying he agreed that it was a worldwide “catastrophe” but that the prelate should stay on.

Marx, one of Roman Catholicism’s most influential liberal figures, offered to resign earlier this month, saying he had to share institutional responsibility for sexual abuse by clerics over past decades.

In a letter to Marx written on Thursday and released by the Vatican, Francis said he understood the motivation behind Marx’s offer to resign, but would not accept it.

“That is my answer, dear Brother. Continue as you suggest, but as Archbishop of Munich,” Francis told Marx in the letter, written in the pope’s native Spanish.

A former head of Germany’s Catholic bishops conference, Marx is not under any suspicion of having participated in abuse or cover-ups.

The Church is investigating abuse allegations in another German archdiocese, Cologne, after a report in March found hundreds of victims there.

“I agree with you that this is a catastrophe: the sad history of sexual abuse and the way the church approached it until recently,” Francis said.

“Becoming aware of hypocrisy in the way we live our faith is a grace and a first step that we must take. We have to take responsibility for this history, both as individuals and as a community. We cannot remain indifferent in the face of this crime,” he said in the letter.

Declaring that “the whole church is in crisis” over abuse, Francis said it could no longer take a “head-in-sand policy” over the crisis.

“Accepting the crisis, as individuals and as a community is the only fruitful way,” he said.

A leading progressive, Marx is a proponent of the “Synodal Path,” a movement that aims to give lay Catholics more influence over the running of the church and in issues including appointment of bishops, sexual morality, priestly celibacy and women’s ordination.

Conservatives have attacked the concept, saying it could lead to a schism.

The last few years have seen an accelerating exodus from the church in Germany, with liberal faithful queuing in Cologne to quit the church, protesting not only at abuse but also over conservative attitudes toward same-sex relationships.

Germany’s church has an outsized influence globally, in part because of its wealth: taxes paid by members and collected by the government make it the world’s richest. – Reuters

One of the Jewels in Russia’s Golden Ring 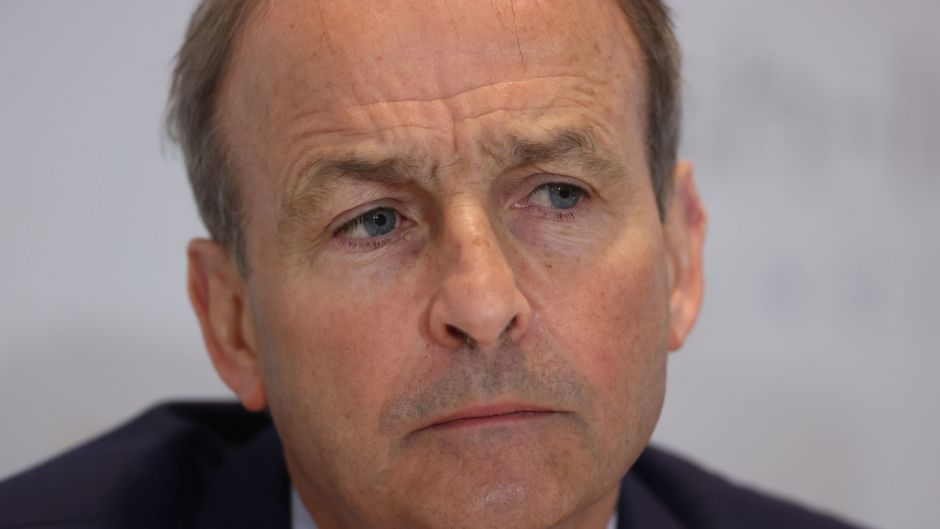 Sinn Féin is on top again, with its highest-ever rating in an Irish Times/Ipsos MRBI opinion poll of support for the parties. Our latest such poll shows Sinn Féin on 31 per cent (up three points), ahead of Fine Gael, which has slipped three points to 27 per cent.

Fianna Fáil remains some way adrift of Sinn Féin and Fine Gael, although it has closed the gap considerably in this June poll, jumping six points to 20 per cent. The Green Party (on 6 per cent) and Labour (on 3 per cent) are unchanged. Independents and smaller parties combined attract 13 per cent of the vote (down six points). Within this bloc are People Before Profit/Solidarity (on 2 per cent) and Social Democrats (on 2 per cent).

Delta variant: Is Denmark heading for another Covid surge as seen in the UK?

Cases involving the highly contagious Delta coronavirus variant are cropping up in Denmark with growing frequency, with at least five pupils testing positive at Grønnevang School in Hillerød near Copenhagen on Monday, and a nearby kindergarten also closed after one of the children’s parents tested positive.

The Hillerød outbreak comes after a similar school cluster in Risskov near Aarhus, which saw one school class and one kindergarten temporarily sent home after two cases were identified.

The variant, which was first identified in India, now makes up to 90 percent of cases in the UK, forcing the country to delay the so-called “England’s Freedom Day” on June 21st, keeping restrictions in place for another four weeks?

So, is there a risk of a UK-style outbreak?

Tyra Grove Krause, acting academic director at the Statens Serum Institute on Tuesday said it was crucial that Denmark health authorities and local municipalities put as much effort as possible into containing any outbreaks.

“This is a variant that we are concerned about and that we really want to keep it down for as long as we can,” she said. “This is because, according to English authorities, it is up to 50 percent more contagious and possibly more serious than other variants.”

In a statement last week, her agency said the delta variant was “worrying”.

The Danish Patient Safety Authority on Tuesday called for all residents in the areas surrounding the schools and kindergarten in Hillerød to get tested, and said that the authorities were increasing test capacity in the area, and also putting out “test ambassadors” on the streets.

So how is it going in Denmark right now?

Despite the lifting of most restrictions, the number of cases registered daily remains low, even if the 353 reported on Wednesday is above the recent trend of under 200 cases a day, the share of positive tests is also slightly up at 0.37 percent.

Just 93 people are now being treated in hospital for coronavirus, the lowest since September 23rd last year.

And how’s it going in the UK?

Not so good, but not terrible either. Overall case numberS remain low, but they are starting to climb again despite the UK’s impressive vaccination rate.

The worry is the Delta variant – first discovered in India – which now makes up 90 percent of new cases in the UK and which experts agree is around 40 percent more transmissible than other variants.

England’s Chief Medical Officer Chris Witty told a press conference on Monday that cases are rising across the country.

It is concerns over this variant that has lead the British government to delay the latest phase of lockdown easing – initially scheduled for June 21st – for another four weeks.

Probably. Christian Wejse, an epidemiologist at Aarhus University, told The Local that he believes it is inevitable that the Delta variant will eventually become dominant in Denmark too.

“If it’s true that delta variant is 50 percent or 70 percent more contagious than the B117 (Alpha or UK variant), then I think, in the long run, we’ll see that it takes over because that’s what more contagious viruses do.,” he said. “I think that’s also what the health authorities assume it’s going to happen.”

How much of a problem would that be?

Not necessarily too much of a problem, according to Wejse.

For a start, he predicts that the end of the school term and the good summer weather should stop the virus spreading too rapidly for the next two months or so, meaning it will take longer to take over than the British variant did.

B117 came at a time where the epidemic was rolling in Denmark at a very high level, back in December and January. Now the epidemic is growing much, much slower. That means it’s probably going to take more time,” he said.

And by the time it does take over, in September perhaps, vaccination levels should be high enough to blunt its impact.

“I seriously think and hope that, that when we get to the next fall, we’ll be in a different situation. There will be small outbreaks, but not really any big time spread, like we had last fall.”

“At least with the Pfizer-BioNTech vaccine, there’s data indicating the difference in terms of protection [from the delta variant] is quite small. So, there will be very good protective effects of the vaccines, so I’m certainly confident that it will be much less of a problem when we have a high vaccination coverage, which I assume we will have when we get into September.”

Several days ago, the Spanish painter Antonio Capel was chatting with the owners of Vivaldi, a florist’s shop in the northern city of Palencia, when they remarked that something was amiss with the façade of a historic building that now houses a branch of the Unicaja bank. Capel was surprised so they suggested he take a look at what was once the delicate face of a shepherdess.

The artist went up to his studio and, using his camera’s zoom, saw that the familiar features were now nothing short of an eyesore. The statue’s eyes were in the wrong place and her nose and mouth had been clumsily crafted. As Capel jokes, whoever was responsible for the restoration was no fine artist – an observation backed by the Spanish Association of Conservators and Restorer’s rapid clarification that it was not a professional job. The botched restoration has already drawn comparisons to the infamous Ecce Homo painting which was disfigured beyond recognition by an amateur artist in Borja in 2012.

The florists in Palencia, who preferred to remain anonymous, recall that heavy rains several years back caused a fall of debris from the building, which was inaugurated in 1923. They later realized that the face of the shepherdess was missing. “The strange thing is that no one noticed” how badly it had been restored, they say.

Capal, meanwhile, says it is beyond his comprehension that such slapdash workmanship should be allowed on such a beautiful building, which is located in the heart of the city on Mayor street. In his opinion, the workers simply used a tracing technique to fashion the face out of plaster in the hope that it would be too high up for anyone to notice.

Unicaja denies any responsibility for the sloppy result. Spokespeople from the bank insist that they only own the premises of the branch office and the second floor. Years ago, Caja Duero, which later became part of Unicaja, owned the entire building. However, they sold the upper floors during the takeover to private homeowners. The spokespeople maintain that the building’s administrator informed the homeowners in 2017 that pieces from the façade had fallen off, including the face of the shepherdess. Palencia City Council confirms that they called on the owners to repair the damage that could pose a threat to public safety. They explain the building is under “structural, not integral protection,” meaning that any restoration work must protect the structure of the building, but no special consideration needs to be given to its exterior decorations.

Unicaja’s staff laugh when asked about the ham-handed job. Like other botched restorations in Spain, including the cartoonish facelift of a 16th-century sculpture of Saint George in Navarre, the changes went unnoticed until someone with a keen eye spotted them. Even the journalists at the Cadena Ser radio network, which has its newsroom in the building, admit to being oblivious.

But now Spain’s latest Ecce Homo is making international headlines, with even with the British newspaper, The Guardian, flagging up the statue’s perceived resemblance to the incumbent president of the United States, Donald Trump.

British ex-pat, 67, is forced to DESTROY his Spanish home two months after his wife died from cancer