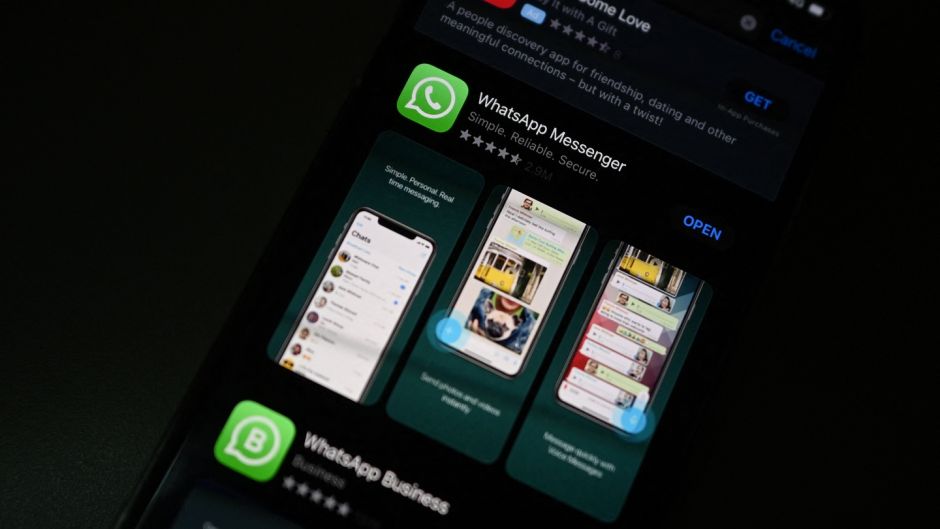 Gardaí­are preparing a file for the Director of Public Prosecutions following the arrest of a man suspected of harassing a councillor by sending her lewd photographs.

Elisa O’Donovan, an independent member of Limerick City and Council, made a complaint about receiving an unsolicited nude picture via WhatsApp on May 1st.

She said similar incidents had “been happening since I got elected really, but I’ve only started highlighting it this year as ignoring it doesn’t make it stop”.

Gardaí­confirmed that a man in his 30s was arrested this week “in connection with the alleged online harassment of a public representative” in Co Limerick.

He was detained Henry Street station in Limerick and then released without charge with a file being prepared for the Director of Public Prosecutions, a Garda spokeswoman said.

Ms O’Donovan said she was “grateful” for the hard work of gardaí and that she hoped it sent “a strong message” to others that such harassment and is wrong.

Bloom has secured planning consent for two developments in central London. The developments are located in Hackney and Brixton and are the first to be carried out by Bloom for its €290.4m (£250m) ultra-urban warehouse joint venture with Angelo Gordon to acquire and develop sites in central London. In Hackney, on a site by the A12 next to 331 Wick Road, Bloom will develop two units, totaling 14,045ft², designed by Michael Sparks Associates. Construction will start next month, with completion expected in April 2023. In Brixton, at 146-156 Brixton Hill and Units 5 & 6 Waterworks Road, Bloom will develop five units, totaling 35,360ft², designed by Chetwoods. Construction will start in September, with completion expected in August 2023.

Both developments will be targeting a BREEAM sustainability rating of ‘Excellent’ and an EPC rating of ‘A+’ in accord with Bloom’s core sustainability objective to reduce greenhouse gas emissions through construction and operational efficiency. The schemes will include extensive urban greening through the implementation of green walls, green roofs, increased landscaping, bird boxes, and insect hotels to significantly improve the biodiversity; renewable energy in the form of solar photovoltaic panels on the roofs; and lorry, car, and cycle EV charging points to encourage sustainable and active modes of transport as well as enhanced power capacity to accommodate future EV transport technologies.

Sam McGirr, co-founder of Bloom, said: “These planning consents for well-located sites give us the opportunity to meet the high demand for convenience and speed from businesses, such as F&B delivery, post and parcel, e-mobility, self-storage and urban logistics and consumers in the local communities”.

Younger first-time buyers could be given more financial help from the Bank of Grandma and Grandad, through the use of improved equity release products, a new report suggests.

The document written by Tom McPhail, of consultancy The Lang Cat, claimed that younger buyers are missing out because older members of their family are unable to satisfactorily tap into their property wealth.

Mr McPhail said: ‘Releasing some of the equity in a property means older homeowners can choose when and how they share their wealth with younger generations.

‘An equity release by grandparents of say £20,000 now, could be transformational for a 20 something struggling to raise a deposit and get on the housing ladder but would make only a very modest dent to the value of the grandparent’s house.’ 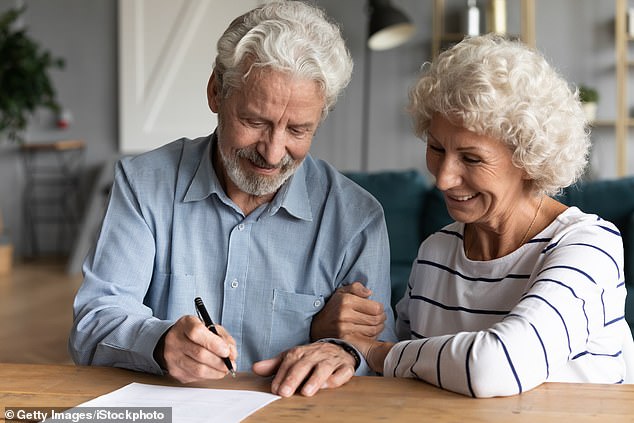 Releasing some of the equity in a property means older homeowners can choose when and how they share their wealth with younger generations, says new report

The report acknowledged that equity release has endured a poor reputation in the past after customers suffered ‘severe’ financial knocks.

The sector has been criticised for encouraging people to take on debt, particularly later on in life.

There has also been other concerns about equity release, such as customers falling into negative equity where the value of a property is less than the loan taken out against it when house prices fall.

The report suggested that while the equity release sector has since begun to put ‘its house in order’, it is ‘still not perfect’ and some regulatory safeguards need to be strengthened.

It called for several issues to be looked at, including early redemption charges on equity release products.

However, it claimed that some providers apply an early redemption charge based on prevailing gilt rates at that time, putting customers at an ‘unfair disadvantage’.

This is because the fees are not transparent as there is no way a customer can know in advance whether they’d be liable for a charge and if so, how much.

In the past, customers have also fallen foul of the small print on their equity release loans when it comes to early-redemption penalties – such as couples who must pay an exit fee unless both of them need to go into care.

The report also raised questions about interest rates on equity release products. It said providers should be consistent with their lending criteria and not move the goalposts after customers have taken out a loan, as this can make it harder for them to access a top-up loan in the future, potentially forcing them to remortgage. 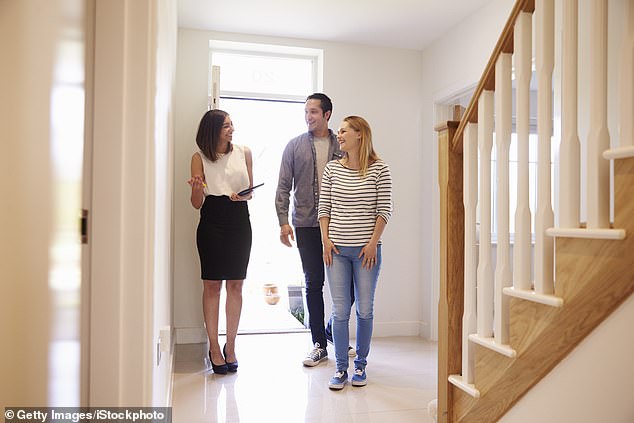 The report argued that equity release products could help people access their property wealth to help younger members of their family onto the property ladder.

Mr McPhail added: ‘Raising a deposit has become an increasingly significant barrier to getting on the housing ladder, with increasing numbers of first-time buyers having to rely on financial help from older generations.

‘Releasing some of the equity in a property allows older homeowners to choose when and how they share their wealth with the younger generation.

‘This more targeted approach gives them greater control to use their assets to the maximum benefit at the point of need.’ 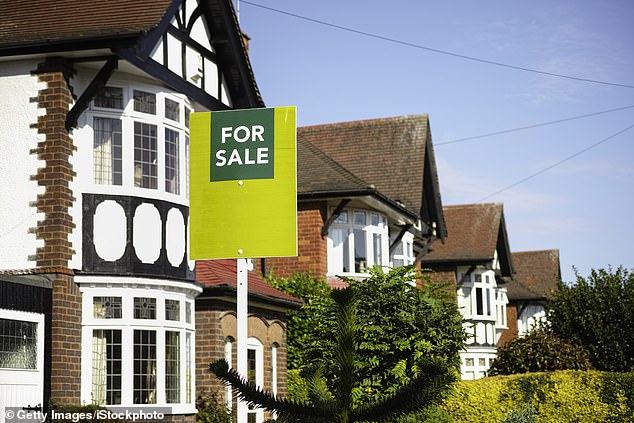 Raising a deposit is a barrier to getting on the housing ladder, with increasing numbers of first-time buyers having to rely on financial help from older generations, says the report’s author Tom McPhail

Equity release: How it works and advice

To help readers considering equity release, This is Money has partnered with Age Partnership+, independent advisers who specialise in retirement mortgages and equity release.

Age Partnership+ compares deals across the whole of the market and their advisers can help you work out whether equity release is right for you – or whether there are better options, such as downsizing.

Age Partnership+ advisers can also see if those with existing equity release deals can save money by switching.

You can compare equity release rates and work out how much you could potentially borrow with This is Money’s new calculator powered by broker Age Partnership+.*

‘Not surprisingly, equity release is now a viable and growing market for older borrowers looking to utilise the gains seen on property prices to bolster lifestyles, as well as pass on wealth to children when they need it.

‘Those considering equity release should make sure they understand the implications and involve family in any decision-making. It is always important to seek advice from suitably-qualified advisers.’

It comes as a separate report by Legal & General suggested that one in every £90 spent by retired Britons is funded by equity release.

It said that equity release funded an estimated £3billion in retirement spending last year, although it didn’t mentioned the money going to younger generations towards buying a property.

Instead, the report’s survey of 2,000 homeowners found that those with equity release have most frequently used the product to finance home improvements, at 26 per cent.

It suggested that equity release is likely to play an increasingly important role in financing care-related expenses, with 19 per cent of prospective homeowners citing it as a consideration.

Allianz Real Estate, advised by Dils, has acquired an office property in the centre of Rome. The transaction, worth circa €175m, is one of the most important to have been carried out on the real estate market in Rome in recent years.

The building, consisting of eleven storeys, comprising nine above-ground and two underground, has a gross lettable area of circa 22,000m² and has undergone a major refurbishment, offering the highest environmental sustainability and energy efficiency standards (LEED Gold Certification). The strategic location, between the CBD and Termini Station, is enjoying great success, especially among corporate occupiers.

Pushing Buttons: Happy 50th birthday to Atari, whose simple games gave us so much | Games