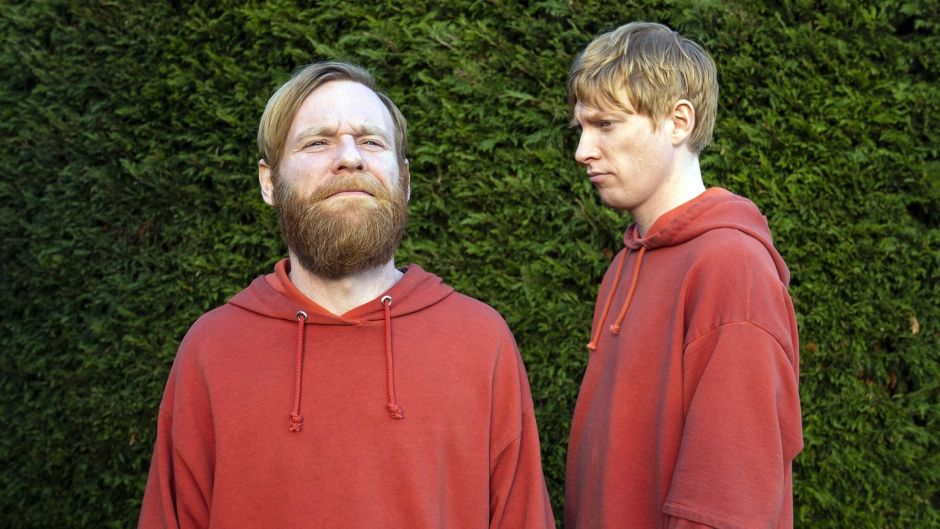 In Frank of Ireland (Channel 4, Thursday), Domhnall Gleeson and Brian Gleeson are two stars looking at the gutter. Channel 4’s new sitcom, which the brothers co-scripted, is an over-caffeinated chortle-fest characterised by often shockingly low-brow humour. The jokes arrive at an impressive clip – and with an almost obsessively scatological quality.

The last time the siblings acted together was with father Brendan in Enda Walsh’s The Walworth Farce. Here, by contrast, they’re having a go at a post-Celtic Tiger Dumb and Dumber with striking if generally icky results. The upshot is that if you like lowest-denominator slapstick, you’ll love it to bits. If not, you may wish the giggling Gleesons had challenged themselves to write gags that didn’t involve cadavers and male appendages.

Brian plays Frank, a struggling, self- hating troubadour living at home in Malahide. His ultimate ambition is a concept album eulogising all 32 counties of Ireland (potential song titles: Blood Is Thicker Than Waterford and the Witches of East Wicklow – to which I would humbly suggest they add Roscommon People). Doofus (Domhnall) is his best friend who has a thankless retail job and helps Brian flog CDs on the side.

Written down, many of the jokes feel misanthropic rather than witty. A disastrous attempt by Frank to relaunch his music career by singing Michael Finnegan at a funeral culminates, for instance, in a fight with the mourners. Meanwhile, the brothers have so much fun quoting Harvey Keitel’s sweary dialogue from Taxi Driver they reference it twice.

Domhnall is, of course, a Hollywood star. And it’s fair to say that here he is stretching acting muscles he was not required to employ in Star Wars or Richard Curtis’s About Time.

Filling out the cast is Sarah Greene as Áine, the ex Frank can’t stop sleeping with, and Tom Vaughan-Lawlor as her Ross O’Carroll-Kelly-esque boyfriend Peter-Brian. Pat Shortt, meanwhile, is required to bare all as Áine’s father when Brian finds him seeking comfort after his mother’s death in the arms of Brian’s mam (Pom Boyd).

The Gleesons make for a lively double- act, and the series functions best when they are riffing off each other. The high quips-per-minute ratio ensures episode one of six zips by. But it’s the timbre of those gags that could potentially prove a stumbling block to some. Frank of Ireland has more potty humour than you can shake a toilet brush at, and so viewer mileage may vary.

The best colours to paint a shed, as picked by an interior designer