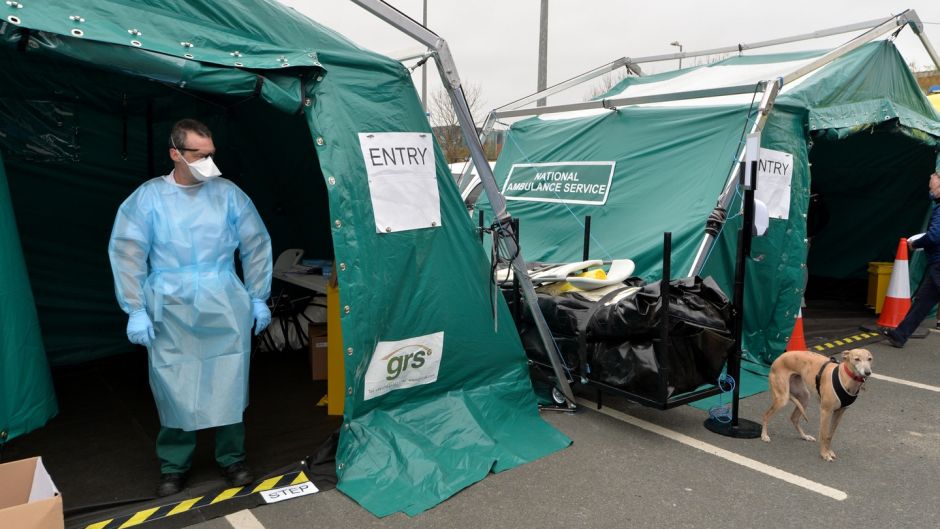 Four walk-in centres for asymptomatic people to get a Covid-19 test open on Friday.

The centres will be set up at Crumlin GAA in Dublin, Naas Racecourse in Co Kildare, Athlone Regional Sports Centre in Co Westmeath; and at the Town Hall car park in Ballinasloe, Co Galway.

Three other centres in Balbriggan, Finglas and Navan opened on Thursday.

All of the centres are open from 11am to 7pm daily.

The seven centres will be operating in the new locations for between three and seven days with further details including opening times to be provided by the HSE.

People who are over 16 years of age can attend the centres without a referral from GPs.

They are open to people who live within 5km of the test centre who have not tested positive for Covid-19 in the last six months.

People who wish to be tested need to bring photo ID and provide a mobile phone number to get their result.

On Wednesday, HSE national lead for testing and tracing Niamh O’Beirne said particular locations have been selected because health officials are concerned about case numbers in those areas.

A total of 12,390 people were swabbed at the five walk-in test centres that opened last week with the final day, Wednesday, being the busiest when 2,557 people were tested.

HSE figures show that the Dublin north inner-city test centre at Grangegorman was the busiest with 668 tests carried out on Wednesday and about 3,000 over the course of the week.

The Dublin northwest centre in Blanchardstown had the highest rate of asymptomatic cases detected at 4.25 per cent of tests, with overall positivity of 3 per cent across all five sites.

The positivity rate was highest among people aged between 16 and 24 years old.

Ms O’Beirne said the positivity rate at the centres has been about 3 per cent.

Retail grocery chain Stokrotka signed an agreement to take over 14 grocery stores that are operating in Poland in the Masovian Voivodeship. The transaction is planned to be completed until the end of 2022, subject to certain conditions to be fulfilled according to the agreement, including antitrust approval. Target sales of 14 stores operations to be taken over are expected to reach more than €25m. Stokrotka is a Polish grocery retail chain and at the end of 2021 operated over 800 own and franchised stores, its turnover amounted to over €1bn. Stokrotka belongs to Maxima Grup? since 2018.

“Following the takeover of eight stores which was finalised at the end of 2021, the recently signed takeover of 14 stores in the area of Masovian Voivodeship will further strengthen our position in the region and allow us to expand in addition to the planned organic growth”, said Arunas Zimnickas, Managing Director and President of the Management Board of Stokrotka.

“Despite challenging times, we believe in this region in terms of both security and growth opportunities. Therefore,  we are further investing and were able to carry out a second acquisition within one year time frame. The transaction contains real estate element, which corresponds to our direction of strengthening real estate portfolio. We are keeping our focus to expand in the Polish market, both through organic growth and M&A activities with the main criteria that it would be a good fit within Stokrotka’s business model. Ar?nas Zimnickas with his team are doing a great job, managing to maintain the expansion of the chain by almost hundred stores a year“, said Mantas Kuncaitis, Maxima Grup? CEO and Chairman of the Board.