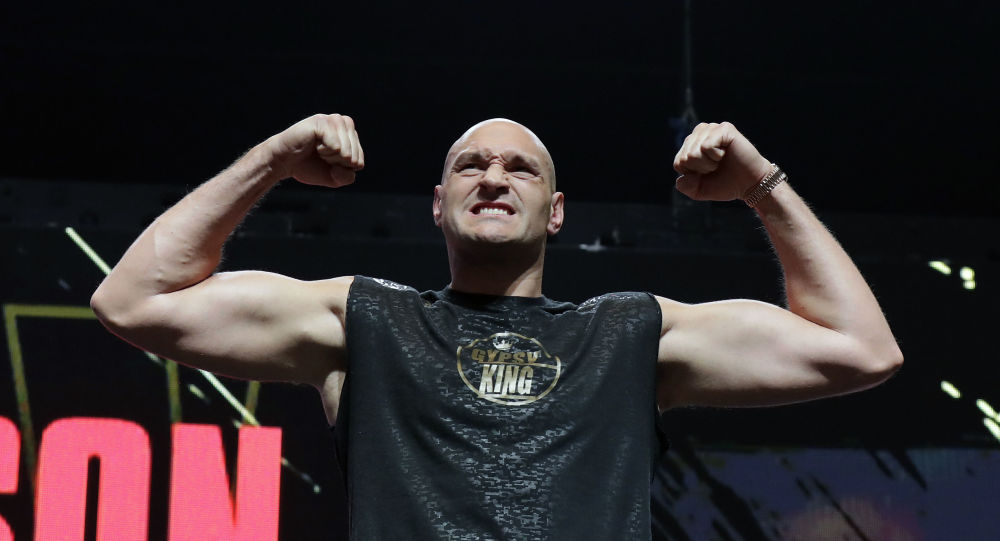 The last undisputed world heavyweight champion was Britain’s Lennox Lewis, who held the WBC, WBA and IBF titles between November 1999 and April 2000. Although the WBO was in existence in 1999, it was lightly regarded by boxing fans until around 2004.

Boxing fans around the world are salivating now that it has been confirmed that the long-awaited fight between Britain’s Tyson Fury and compatriot Anthony Joshua will go ahead in August to decide who is the undisputed heavyweight champion of the world.

Fury confirmed on social media on Sunday, 16 May, the bout would take place in Saudi Arabia on 14 August.

Fury, who will turn 33 two days before the fight, holds the WBC title while Joshua, 31, is the WBA, IBF and WBO champion.

But Fury is unbeaten and is also the lineal champion – meaning he can trace his reign right back to the last undisputed champion, Lennox Lewis, in 2000 – while Joshua has one blot on his record, an embarrassing defeat at the hands of overweight Mexican-American Andy Ruiz in New York in June 2019.

​Joshua avenged that defeat in December 2019, winning on points in Saudi Arabia, and was on a collision course with Fury from the moment the gypsy fighter knocked out Deontay Wilder in a rematch in Las Vegas in February 2020.

But the pandemic struck Europe and North America the following month and all talk of a unification superfight were put on hold, much to the frustration of boxing fans.

In January this year, when it became clear the pair were negotiating for the fight, Saudi Arabia was mentioned as one of several possible venues.

In a video message on Sunday, Fury said: “All eyes of the world will be on the Kingdom of Saudi Arabia. I cannot wait, I repeat, cannot wait to smash Anthony Joshua on the biggest stage of all-time.”

Joshua-Ruiz 2 took place at the Diriyah Arena, a 15-000 seater temporary stadium which was erected in the desert just outside Riyadh.

But three weeks after the fight it was dismantled and shipped to Tokyo to become part of the doomed 2020 Olympics.

Saudi Arabia has several football stadiums which could host the fight but daytime temperatures in August are around 45 degrees Celsius.

Temperatures fall considerably after dark and a fight at midnight local time would be broadcast live at 10pm in Britain and around 5pm in North America.

We’re all tired of the talk.

​Joshua has yet to tweet about the fight but it would appear both men have agreed to it, even if they have not yet signed a contract.

Joshua’s promoter, Eddie Hearn said: “It’s the same people we did the deal with for Andy Ruiz, that event was spectacular. As partners, they were fantastic as well, so we’re very comfortable.

“We’re very comfortable. Anthony’s comfortable, he knows those people. They delivered on every one of their promises last time – we’re ready to go,” he added.

The fight will also be partly promoted by MTK, the controversial company who are linked to Irish businessman and alleged drug kingpin Daniel Kinahan.

Fury, who was the underdog when he defeat Wladimir Klitschko to become a world champion first time and when he fought Wilder, will probably start the fight as the favourite.

Joshua’s chin proved to be suspect when he lost to Ruiz and although he has insisted that defeat was an aberration, Fury’s technical and tactical ability could give him the edge.

🇸🇦 Final figure for the Anthony Joshua vs Tyson Fury Saudi site fee is reportedly $155million: [According to @ESPN]

​If the fight goes 12 rounds and ends in a points victory for either man, then expect a rematch in 2022, probably in London rather than Las Vegas.

But if either man wins a crushing early knockout it is possible the loser will not seek to trigger the rematch clause.

A victorious Fury would almost certainly be forced to complete a trilogy of fights against Wilder, who is to determined to avenge his defeat last year, which he blamed on the heavy Black Lives Matter outfit he wore into the ring.

If Joshua wins he could be tempted to fight Dillian Whyte – who he has defeated before – in a WBC title defence.

Further down the line a string of contenders are champing at the bit to fight the undisputed champion.

They include Britain’s unbeaten Joe Joyce, who won a silver medal at the 2016 Olympic Games, and Ukraine’s Oleksandr Usyk, an unbeaten former world cruiserweight champion who has now bulked up to 16 stone five pounds to compete as a heavyweight.

Also on the horizon is Trevor Bryan, an American who has a record of 21-0 and stopped Haiti-born Bermane Stiverne – who briefly held the WBC title in 2014 – in January.

‘Revolution dwells in the heart’: Myanmar’s poets cut down by the military | Myanmar

The EU plans to propose laws harmonising mobile-phone, tablet, and headphone chargers and ports on Thursday in a bid to make life easier for consumers, Reuters reports. But Apple, whose iPhones use a special ‘Lightning cable’ has said the move will lead to piles of waste and deter innovation. Rival Android-based devices use so-called ‘USB-C’ connectors, but ‘USB micro-B’ and Lightning connectors account for about a third each of market-share.