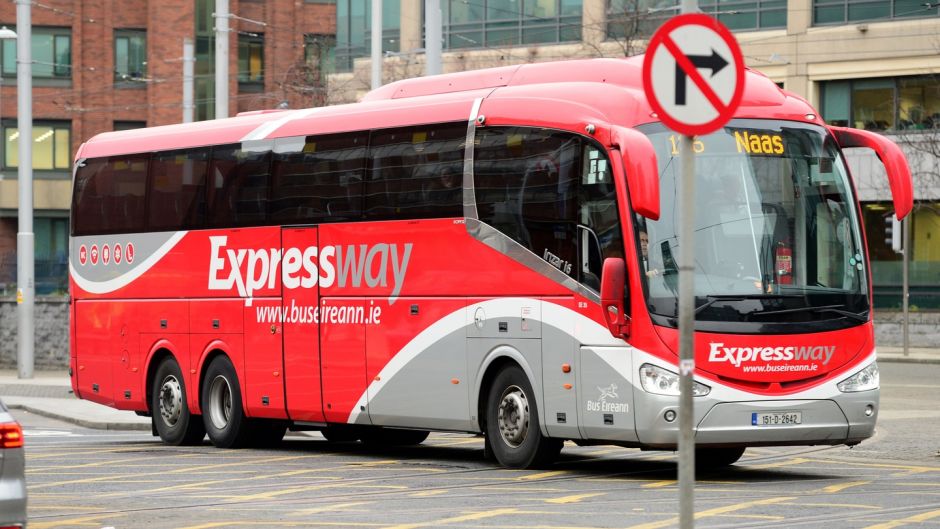 A cyclist who says he was knocked off his bike in a cycle lane on Dublin’s quays has sued Bus Éireann in the High Court.

Gearóid O’Daly (38), a lending officer in AIB Private Bank, of Heuston South Quarter, Dublin 8, claims he suffered a fractured wrist, injuries to his elbow and ankle and abrasions when he was thrown from his bike onto the pavement in the incident.

Bus Éireann denies liability and claims contributory negligence by the alleged failure of Mr O’Daly to look where he was going. It also argues that the bus was pulling into a bus stop at the time and Mr O’Daly should simply have slowed down or stopped to allow it to do so.

Mr O’Daly told his counsel Declan Doyle he was cycling to work at around 7.30am on June 8th, 2016, when a bus came up behind him in the cycle lane at Custom House Quay.

He said he was perhaps 15 to 20 metres ahead of traffic when he felt a gust behind him and he looked and saw a bus “on my back tyre” in the cycle lane.

The bus pulled out and appeared to be accelerating to overtake him but as it did so it began to enter the cycle lane again.

“I started to apply my brakes and shouting and banging the bus, but contact was made and I was thrown off and landed on my back on the pavement with my bike on top of me,” he said.

Mr O’Daly said he saw the bus pull in at a stop ahead and a number of passengers alighted but that no one came to help him.

He took out his phone and took a photo of the bus registration before getting back on his bike and catching up with the bus when it stopped again outside Jury’s Hotel on the quays.

Mr O’Daly, who said he was suffering shooting pain down his left arm and side after he got up, told the driver he had knocked him off.

Mr O’Daly said the driver gave him his details, apologised again and said he could call Bus Éireann and report the matter. He said he continued on to his workplace in Ballsbridge, where colleagues provided him with an ice pack for his injuries. However, he said that after an hour or so he broke into a sweat and decided he needed to go to hospital. He was treated later in his local rapid injury clinic.

The court heard Mr O’Daly had to have treatment over the next six months and extensive physiotherapy and other treatments over four years as well as medication for the pain he continued to suffer. He was no longer as active as he had been before the accident, he said.

Put to him by Gerard O’Herlihy, solicitor for Bus Éireann, that the bus driver would give evidence he always had his indicator on as he was pulled into a bus stop, Mr O’Daly said the bus came from behind him in the cycle lane before it went back into the vehicle lane.

The bus then began to move parallel with his bike and while the driver may have put on the indicator by then, it would have been impossible for him as a cyclist to see it, he said.

He disagreed with Mr O’Herlihy that the bus he actually took a photo of and later caught up with may have been a different bus to the one he had the incident with.